Quaker at the gun show. 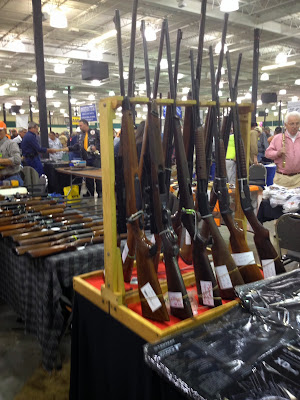 My younger son has been agitating for permission to buy a gun. He wanted it for target practice at a range and outlined the safety precautions he planned on. After much consideration, I reluctantly accompanied him to the gun show so that he could look for his pick, a Soviet-made bolt-action rifle used in WWII. And let me tell you, this pacifist was NOT comfortable. 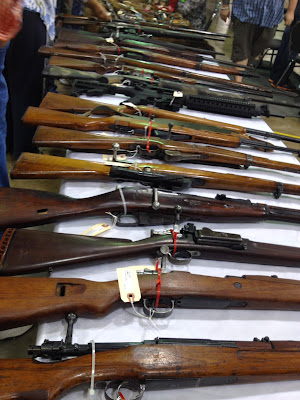 There were plenty of rifles. 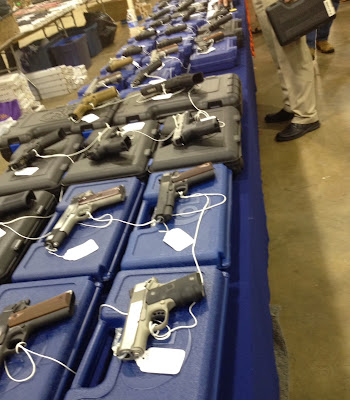 And plenty of handguns. 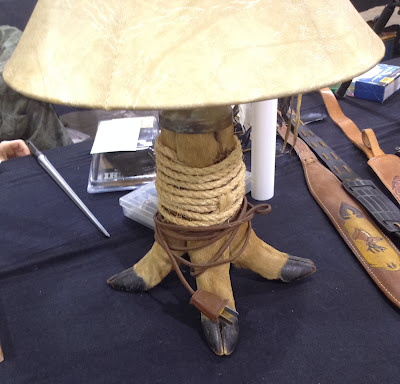 There were things that had likely been killed by guns. 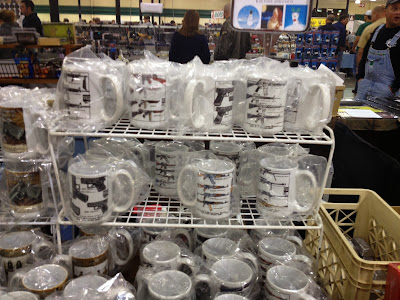 There were coffee mugs to remind you of guns. There were ridiculous pink and purple girly guns. 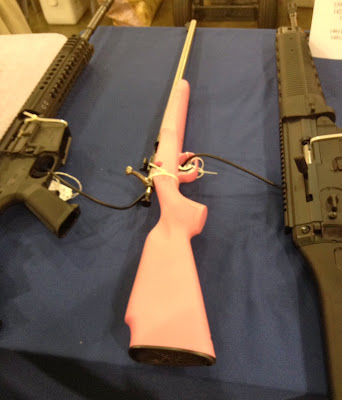 Even Barbie rifles. Seriously, who thought of this? 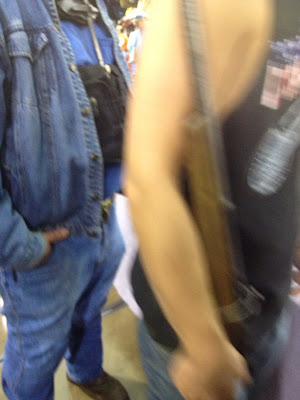 Everywhere I looked there were people strolling around with their guns. 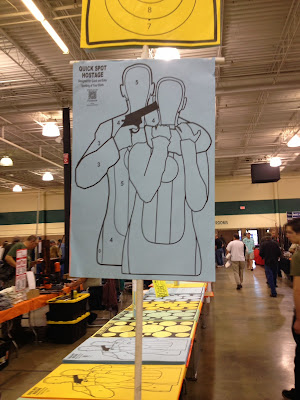 There were displays of paranoia. 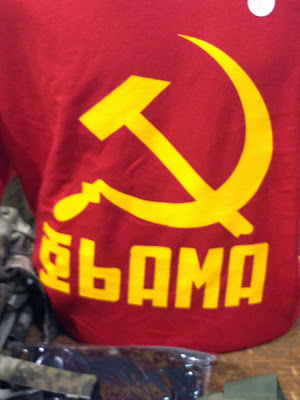 And did I mention the paranoia? I found myself carping to my son about all the assholery I saw around me. 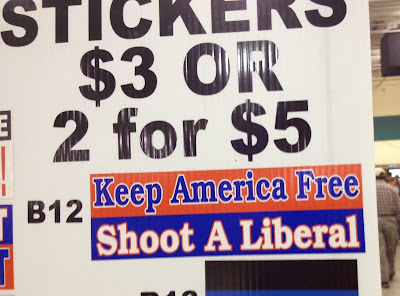 Yeah, I felt welcome. I probably stood out - the Quaker in the Amnesty International t-shirt with a look of dismay on her face. But I wasn't there for me. And so when my son found what he was looking for, I stood back and watched him haggle politely with the dealer. At last they reached a price both sides felt was acceptable. It was actually kind of funny to watch the faces of the two men behind the table as they considered my son's counter-offers - they were smiling at him as if they thought it was cute that he was calmly negotiating, and smiled again as he offered a handshake at the end. 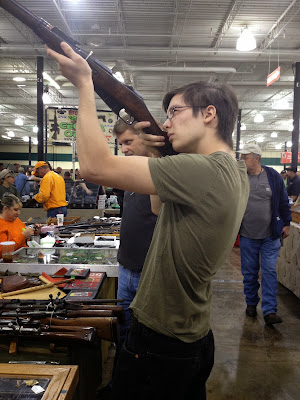 We left with his new 1932 Mosin-Nagant hex receiver rifle. He was happy. I was a little creeped out. 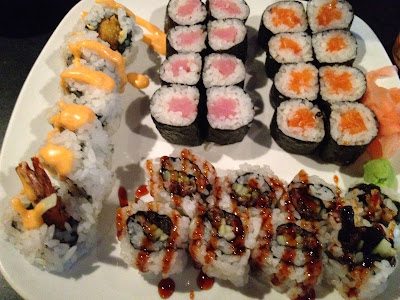 I needed a lot of sushi to restore my soul.
Posted by Secret Agent Woman at 11:11 PM