Our version of a snowstorm. 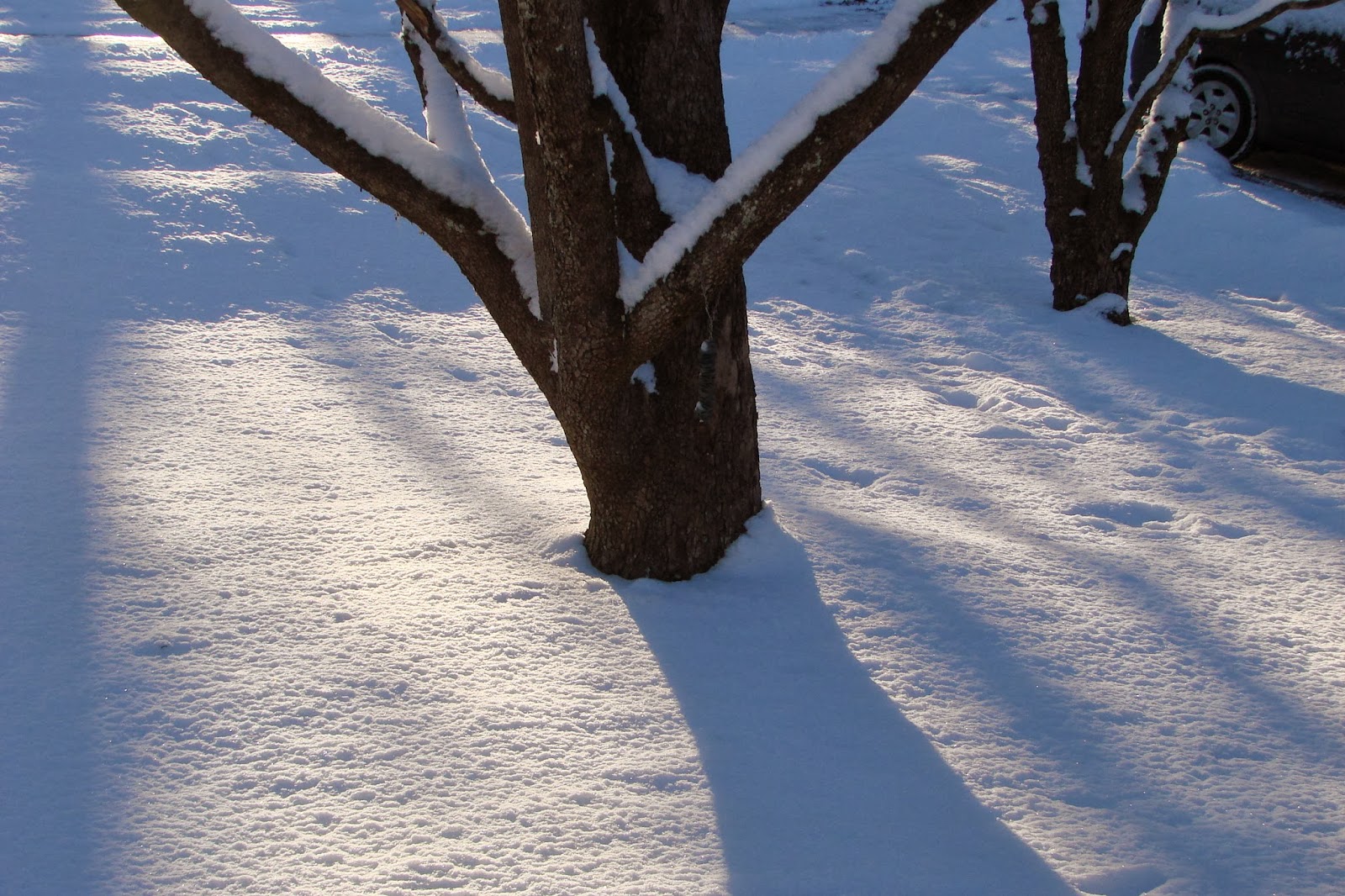 By the end of January, my younger son's school had used up nine of the ten allotted snow days for the year.  This could get ugly. 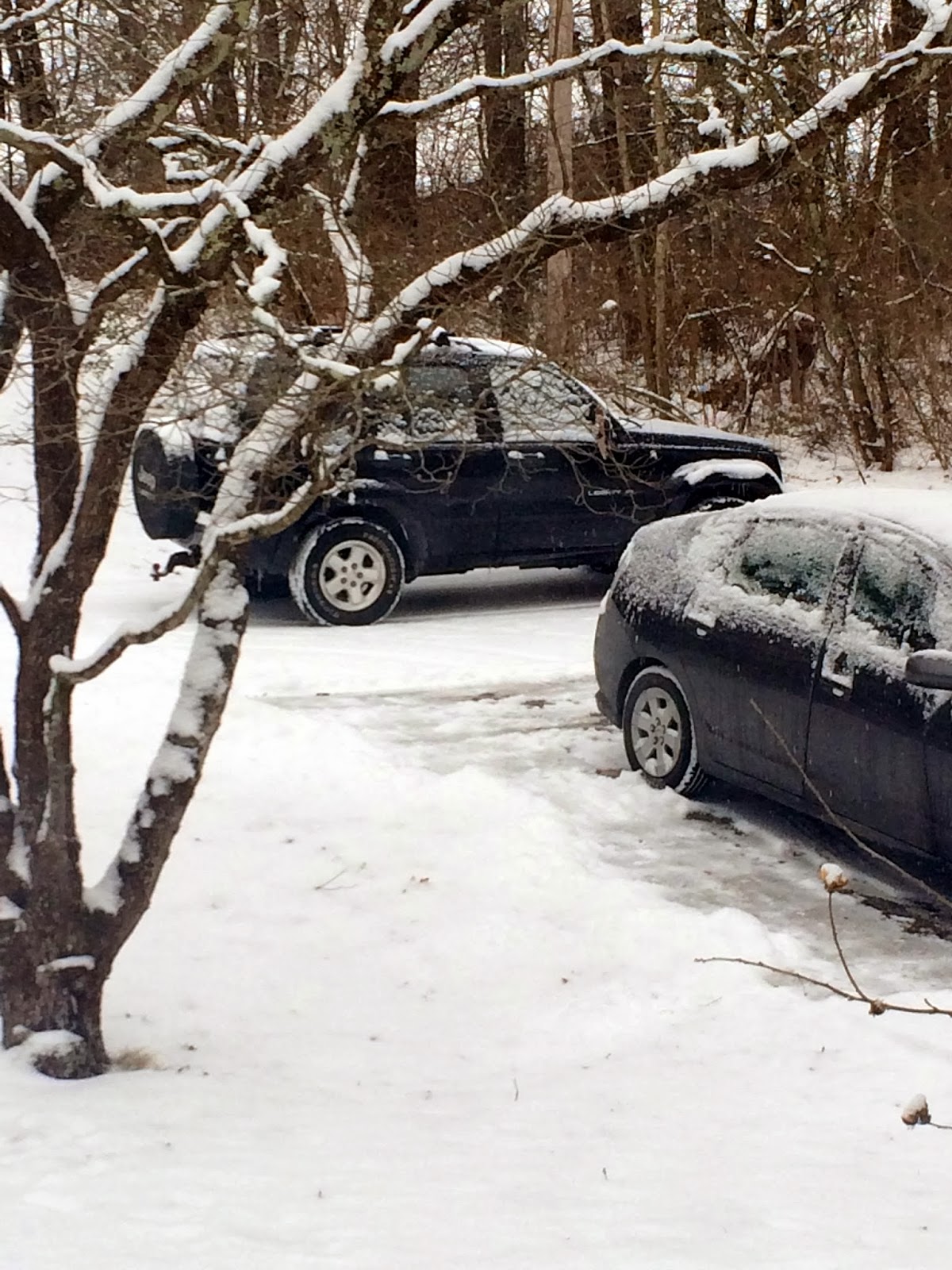 After the snow, my neighbor decided it would be best for him to park at the end of our dead-end street.  Directly behind my car, blocking both me and my son in.  This also meant that the city's snowplow had to stop mid-way down the street and leave our section un-plowed.  But they seem like nice-enough people, so I knocked on their door to discuss it and pet their goofy golden retriever.  He was apologetic, and moved the car not long after, and I cleared out the worst of the snow at the top of my driveway and salted it before night fell. 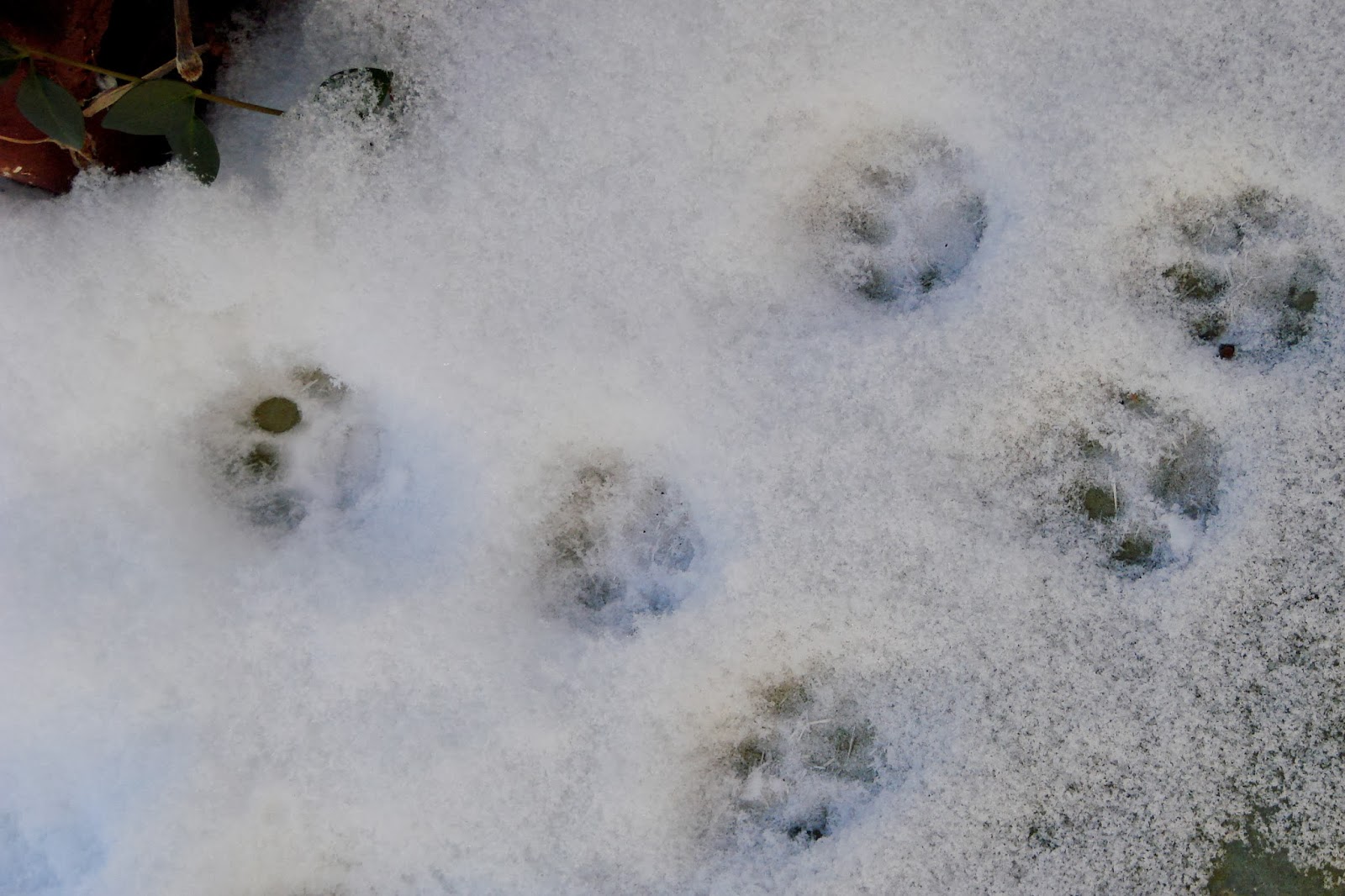 In the morning, I found that a cat had been visiting my front porch. I'm guessing that happens a lot, given the heavy bird and squirrel population. 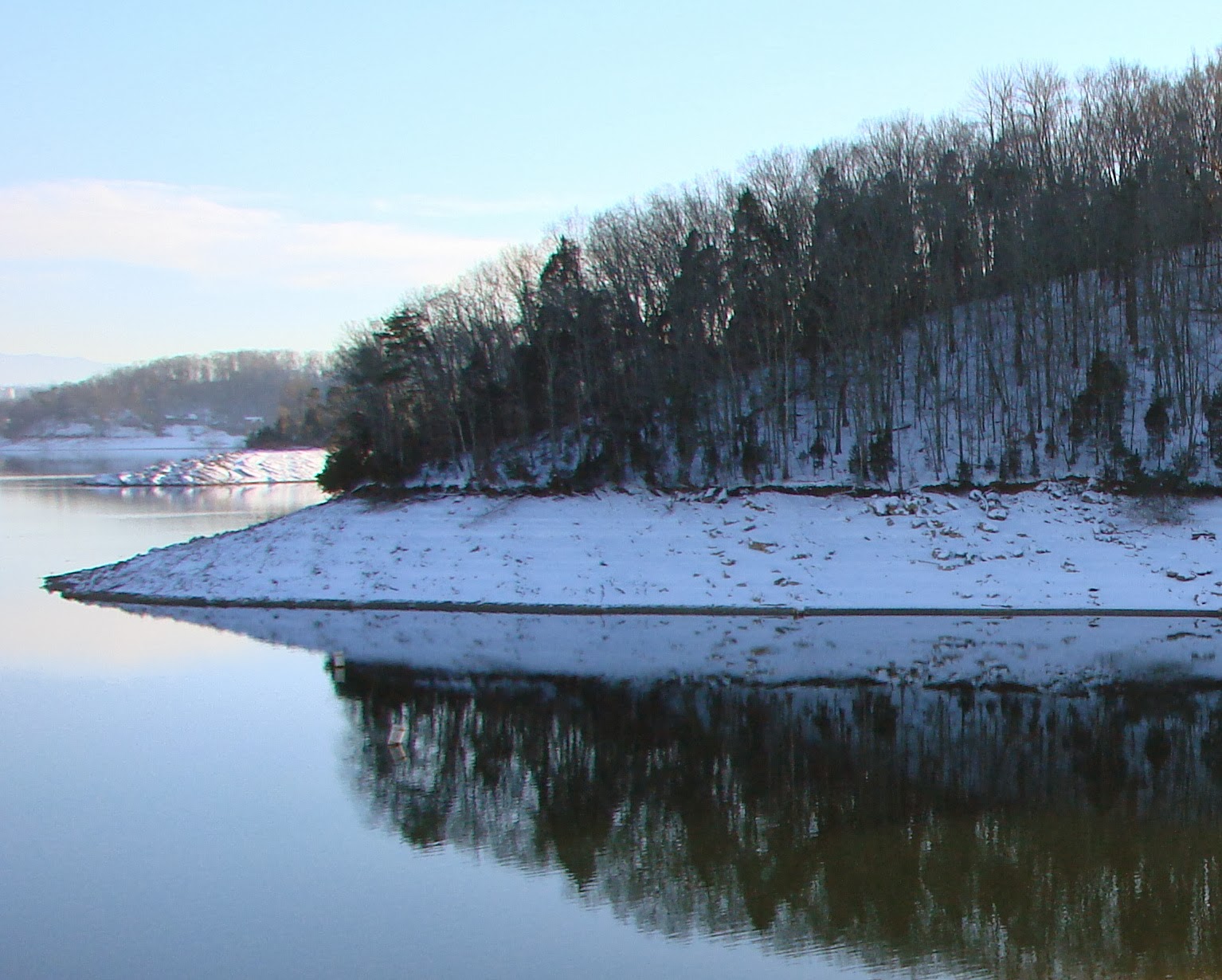 But as is often the case in these parts, things thaw out again pretty quickly so I was able to get out to the lake for a walk. 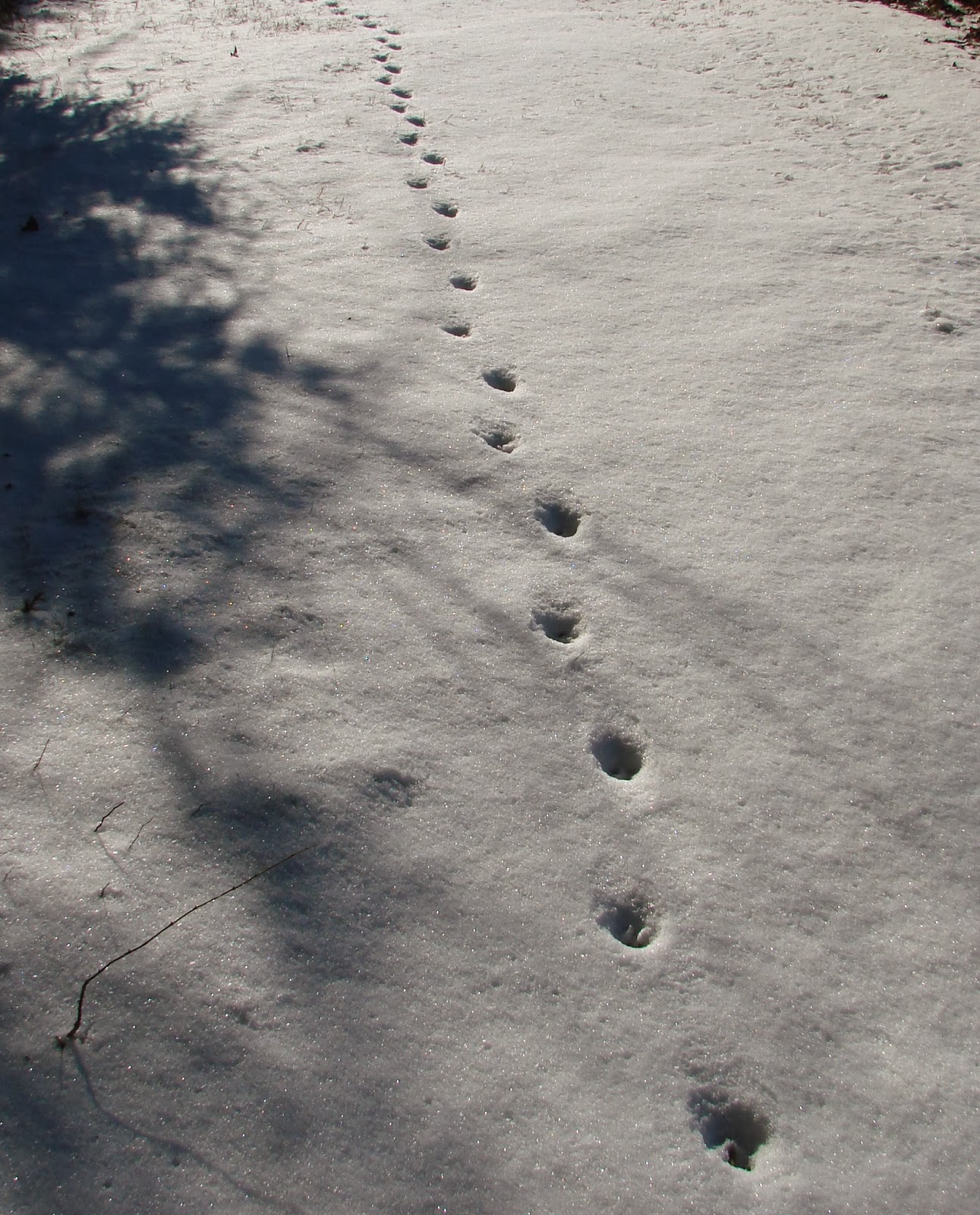 I started down this path and then realized that the dog prints were fresh and unaccompanied by human prints. Which means no leash. I love dogs, but don't trust the ones I don't know. I decided it would be best to go back around the other way to the waters edge. 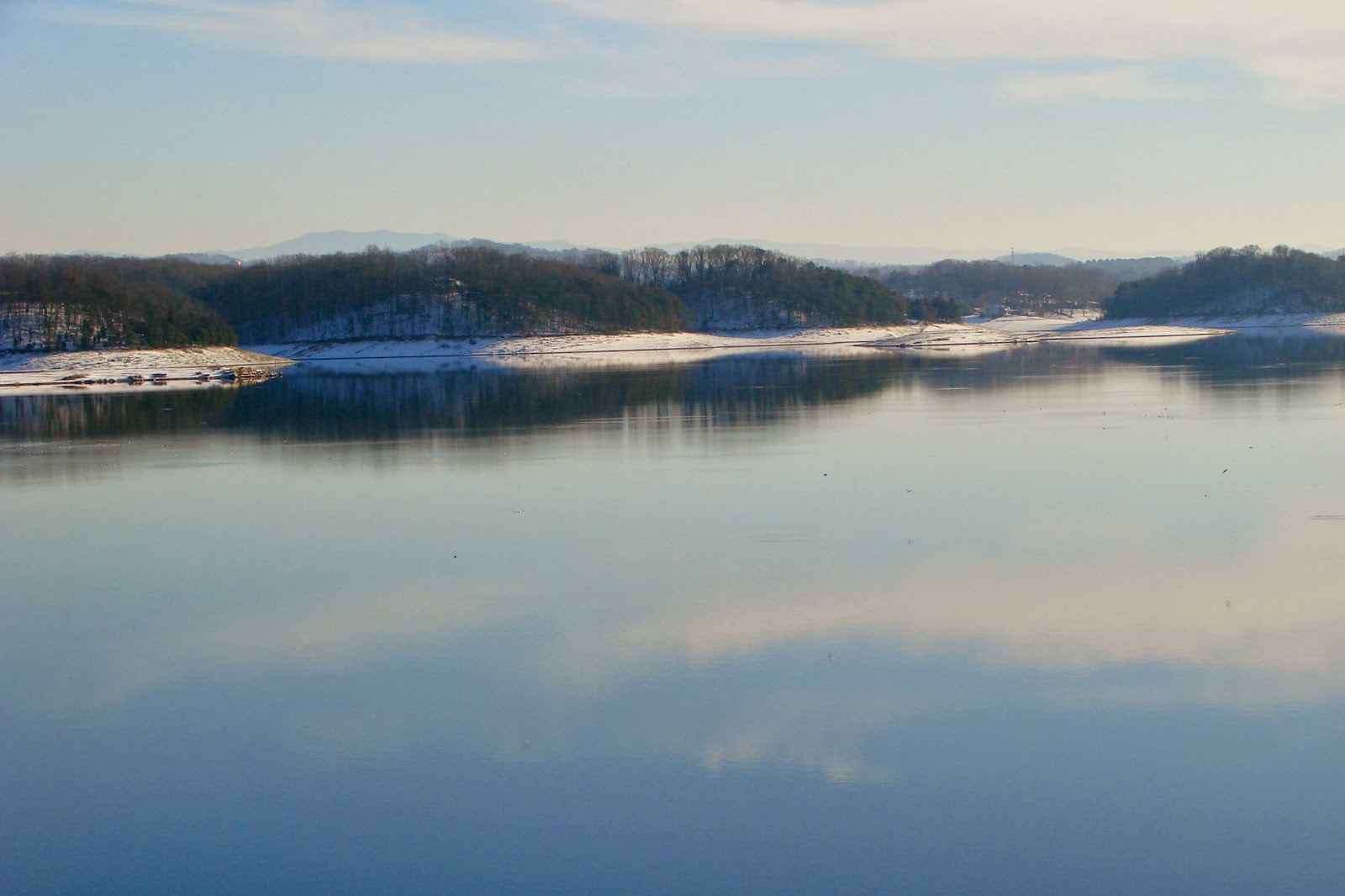 When I eventually move away, I'll miss this walk. It's peaceful out here. 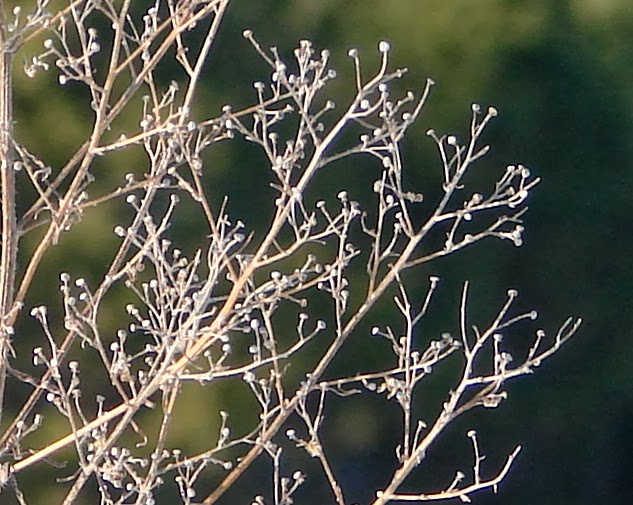 The snow has completely disappeared, but the forecast shows a good chance of snow throughout the coming week. Still looking for warmth.
Posted by Secret Agent Woman at 12:43 PM