Maybe he still needs his mom? 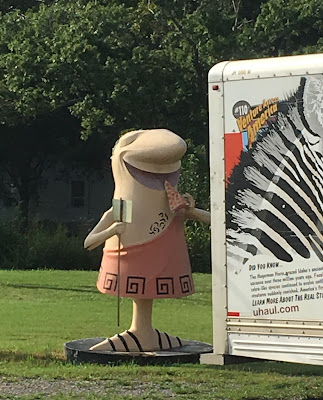 My older son made plans to move for grad school the last weekend in July, and I had offered multiple times for myself and my husband to drive out and help. He said he was fine, he could do it. I woke up Friday morning to find a 2:30 am text from him asking if it was too late to take me up on my offer. Well, hell. I'm a mom. It was too late for my husband to arrange for care for the youngest daughter, so I went in to work to see a couple of new patients, canceled out the rest of my day, threw a few clothes in the car and headed the three hours out to his town. My son and I cooled our heels at an inefficient UHaul office in a neighboring town because they'd messed up his reservation. No one offered us pizza while we waited. Finally we had my son's car on a tow dolly and him behind the wheel. I lead him back to his home, driving verrrrrry slowly. He'd never driven a truck, let alone one towing a car. 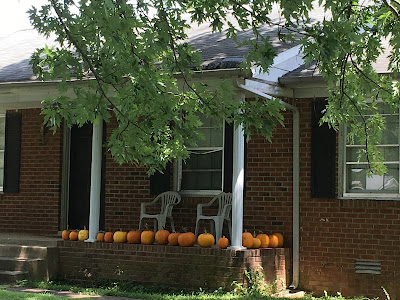 When we got back to the duplex he'd been renting to pack and clean, I discovered there was a lot left to be done. Let me just say, that's an enormous understatement. There were several packed bins in the living room but that's about it. The worst part was that he'd converted the second bedroom into a wood shop. You heard me. A wood shop. We spent an inordinate amount of time wiping down many, many pieces of wood along with all the furniture and the walls to remove the sawdust. I packed all his clothes (a dresser-full plus two closets), the kitchen, the toiletries. We had to go out out not once, but twice, to get more bins. Finally, around midnight - one in the morning my time - I told my son that we needed to get some sleep and finish in the morning. He readily accepted my offer of getting a hotel room. 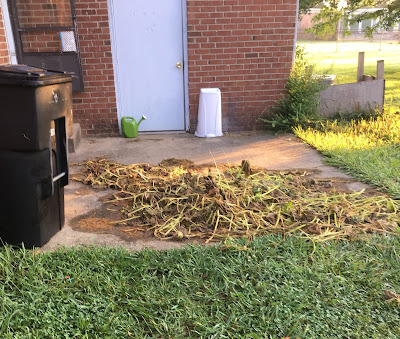 My older son likes to grow pumpkins. His landlord told him the vines that covered the back yard must be cleared up. When I got there, the pumpkins were lined up on the front porch and the vines were a sodden mass out back. We had to scoop them up to throw them away. I also cleaned the apartment, scrubbing down the kitchen and bathroom, vacuuming, and mopping. 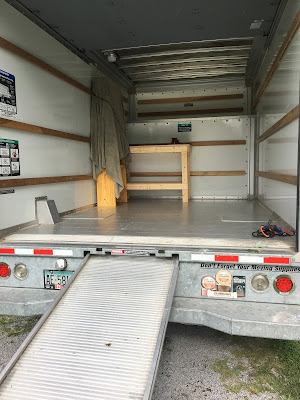 A couple hours into it this is how filled the UHaul was. My son had taken to wandering around aimlessly. I know overwhelmed when I see it.  I went to fetch us some breakfast and took to directing after we'd eaten. Eventually, the truck was loaded and we were on the road, me leading. Driving slowly down the interstate. For hours. Countless times people blew their horns, flipped us off, screamed at us. It was grueling. 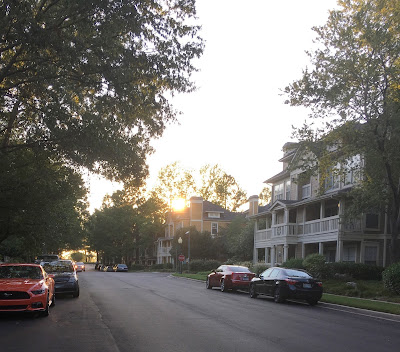 When we got to his new neighborhood we had difficulty locating the landlord's office for a key. We drove all over looking and asking clueless residents. But it did give me a chance to see the neighborhood. It looks like a beach resort town, even though it's not on the ocean. 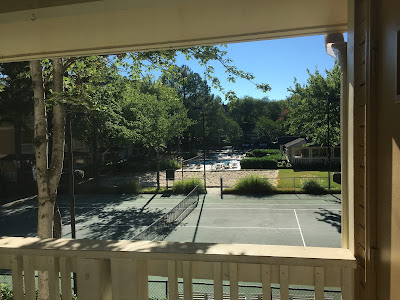 I looked out the window of the apartment he'll be sharing with two other optometry students and saw tennis courts, a sand volleyball court, and a couple of pools. I couldn't help but flash back to some of the low-rent places I lived in as a grad student. In fact, I've never lived in a neighborhood this fancy. 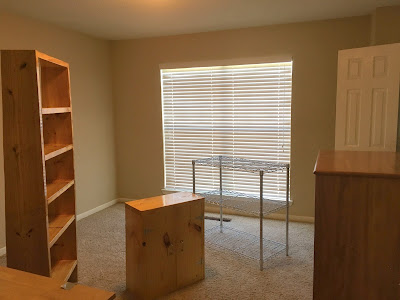 We lugged the furniture and all those bins up an outdoor staircase to the new apartment.  Some of the furniture was very heavy stuff my son had made himself. And you've seen pictures of me - I am not a particularly strong person. My arms and legs were quivering from the effort. Much of the unloading was done in the dark. I called my husband in despair and he got online and booked us the closest hotel he could find that had a vacancy. 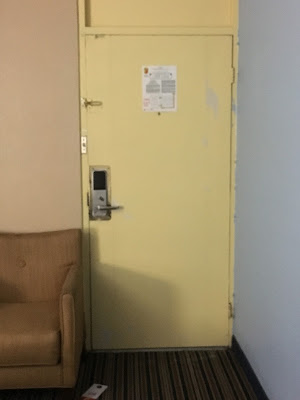 We drove through the city and into a rougher part of town. It was a sketchy looking place but we checked carefully and it seemed very clean. 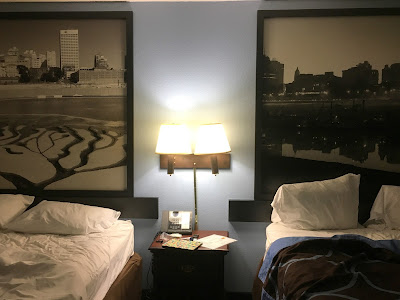 After we checked in, we went back out to grab some take-out and returned to eat in the strange room. There were huge framed pictures of the city over both beds. There was a bathroom, of course, but no toilet paper. There was ground coffee and cups but no coffee maker. Outside we could hear an occasionally screechy scraping sound. My son said, "That's the sound of someone slowly sideswiping your car." I thanked him for planting that image in my head.  It was again well past midnight and we ate quickly and went to sleep despite that sound. 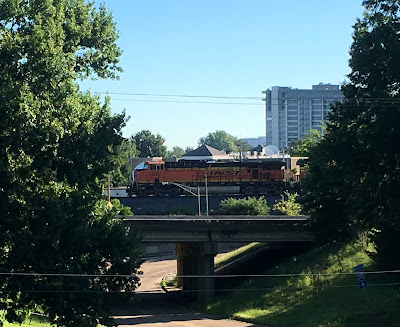 I stepped out of the room the next morning and saw that it was the passing of nearby trains causing all that racket the night before. We headed back to the new apartment and took some of the furniture up the inside staircase to his new room. I'd have stayed to help a little longer but I was hungry and in need of coffee. 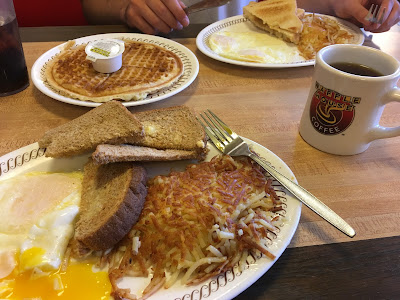 We drove across the bridge into Arkansas and got what I always call "a big plate of tan." No, it's not particularly healthy but it hit the spot. I felt suitably fortified for the drive home. 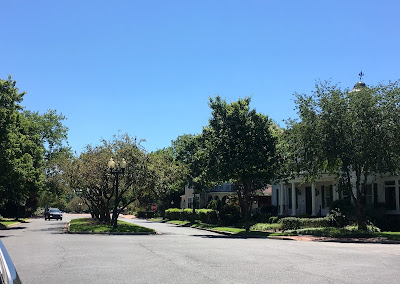 I cried a little leaving him. He's in a great neighborhood, he's starting an exciting new phase of his life and I believe he's fully capable. But I hate that he'll be a seven hour drive away. 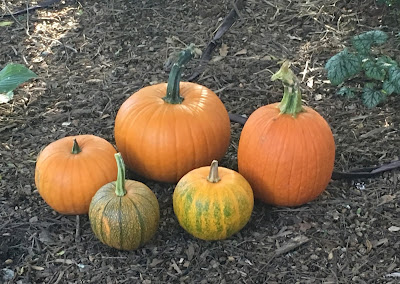 Back home, I unloaded the pumpkins I'd picked out from the ones he'd grown. They'll live in my garden until they get mushy. They remind me of my son's quirky nature, his sense of humor, and his determination. I smile every time I see them.
Posted by Secret Agent Woman at 12:01 PM