Do you ever feel like there is so much going on that posting about daily life seems trivial?

Part of the country is burning, part of the country is drowning, and the leader of our country is taunting a madman in North Korea and denying climate change. And I can't do anything about any of it. So I just shut down for a bit. I don't mean I wasn't living my life, I just mean I couldn't bring myself to blog about the mundane and I have nothing of value to say about what really matters. But when you get right down to it, the mundane is what I've got, so I'm going with it. 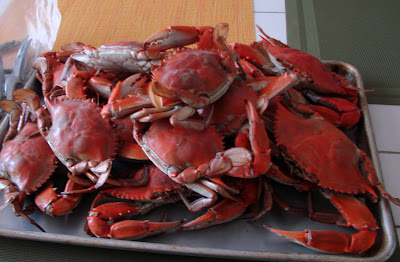 Before I get to a bigger trip we took last month, I wanted to post about a quick trip we took with the younger daughter down to South Georgia to visit family. My niece was making a rare appearance and so three of my sibs and a brother-in-law gathered at my mom's house for a crab feast. My sister and brother-in-law picked up fresh Georgia blue crab and the water was boiling when we got there. Most of the people at the table ate a crab or two, but my brothers and I are crab-eating machines. We just keep going until they are gone. It's labor-intensive, but I managed to pack five of them away. 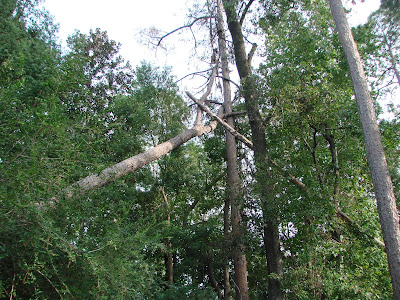 We also spent some time learning how to juggle flaming things. Or trying to learn. I kept dropping them. There are two downed trees out back from previous storms and my brother and brother-in-law had put a lot of time on another visit trying to chop one down. 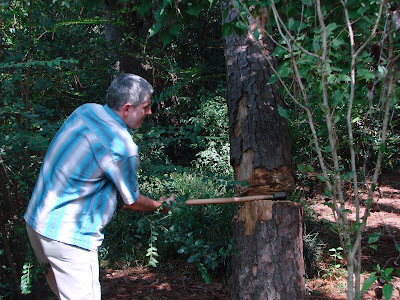 We all took our turn with the axe. My husband, I will admit, was better at this than I am. I have pretty pathetic upper body strength. 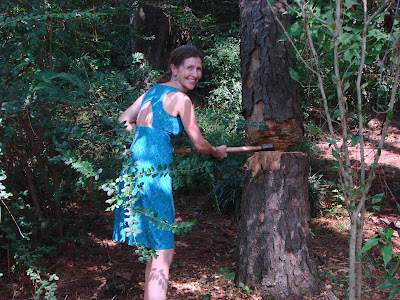 Plus I never take anything seriously. 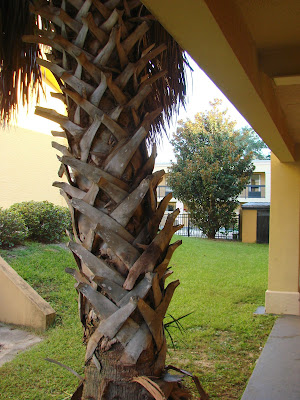 Because the daughter and I have allergies, we always stay at a motel. Our room had a palm tree immediately outside our door and fire ant hills in the sandy dirt. There's no mistaking what part of the country we were in. It also had a pool, a huge bonus when traveling with a child, and we all hung out there for part of the visit. 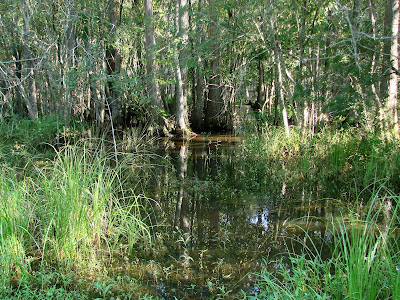 The second day, we went to walk a trail. South Georgia greenways are swampier than the ones in our neck of the woods. I looked for alligators, but saw none. I am convinced they are there. Or maybe a chupacabra. 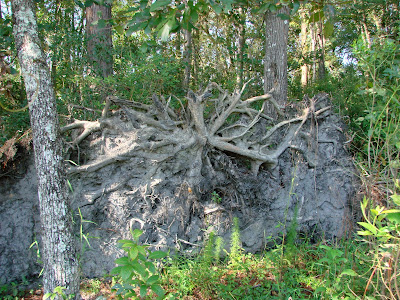 The effects of recent heavy storms were evident on our walk, as well. And the town was bracing for Irma, which did veer inland as feared. Fortunately, my mother and sister reported only minor damage. Another sister had to evacuate from the Keys and my stepmother and her husband also were away from their home in Florida during the hurricane. Earlier, we were glad to get similar reports from my in-laws in Houston when Harvey hit - some flooding but all were well.

But my family was lucky. There was so much destruction and so much recovery work is ahead. Fire and rain and wind, more frequent and fierce. Tell me we aren't screwing up this world. And all I can do is try to help people in the ways that I can and live life while I have it.
Posted by Secret Agent Woman at 7:03 PM