The goldfinch in the last photo is also in the first two, perfectly disguised. Camouflage. Sometimes it's a beautiful thing, sometimes it's horrifying. 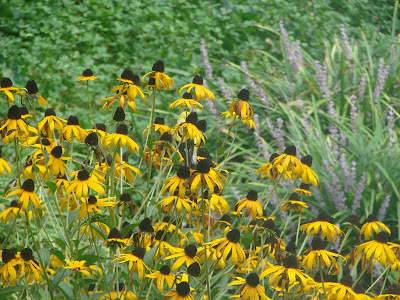 My breast surgeon had told me she was sure I wouldn't need chemotherapy, only endocrine therapy. After all, in spite of the fact that my cancer was invasive, the margins were clean and there were no cancerous cells in the sentinel nodes that were dissected. So I set my sights on working through the surgeries and tried not to worry about worst case scenarios. I met with the oncologist a month after the mastectomy and honestly didn't like him all that much. He went over the criteria for chemo and and was awfully dismissive about the side effects. But he also estimated I'd have a mid-range oncotype score and wouldn't need it. So if it was just a matter of getting my prescription for tamoxifen, what difference would it make if I wasn't wild about his poor bedside manner?

And then my oncotype report came back and everything changed. The oncologist's PA met with me first and asked if I'd seen my oncotype score, and told me it was 38. I already knew the cut-off for chemo was 25, and I was floored. She said, "Aw, were you hoping it would be under 25?" Well, no shit. Are there actually cancer patients who hope to find out their cancer is extra aggressive? And then, in response to my tears asked, "What are you worried about?" Oh, I don't know - dying?

Then after a conversation in the hall that I could partially hear, the oncologist came in. He told me what sort of chemo I'd be doing and asked if I wanted to start that day. That. Day. I was there by myself. I told him that no, I needed to think about it. I asked him to explain what went into my score and about some discrepancies between the tumor pathology results and the molecular results of the oncotype and he brushed away my questions. I apparently didn't need to know all that, I just needed to start chemo.

I was less than a week from my exchange surgery and finally getting the very painful expanders out. I made an appointment for the following week and left. My younger son was at my house when I got home and opened the door for me because I was crying too hard to work the keypad for the lock. My big-hearted boy sat next to me, held my hand and cried with me. He offered to cook me something or take me out to dinner, and to shave my head when it was time. (I can only say that his response let me know I've done something right in his raising.) 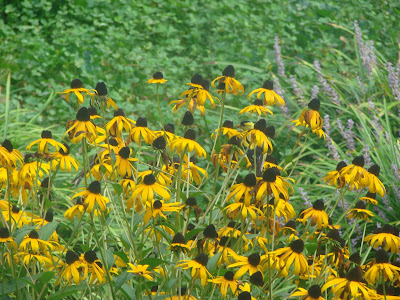 I called my breast surgeon to ask about a second opinion and she said she'd arrange it but also said she thought my oncologist was excellent and said, "He thinks about this disease more than anyone I know." And he may be amazing in terms of experience. But I'm not a disease. There is a person wrapped around the cancer and you can't treat a disease in isolation. My surgeon encouraged me to start chemo and said, "Your tumor is a wolf in sheep's clothing. It's the reason we do the oncotype." As you know, I went ahead with the surgery. Three days later, I took a friend as back-up and went in with a list of questions and the intention of scheduling chemo in a couple of weeks. The oncologist was clearly irritated that I'd had surgery and demanded to know why expanders hurt and implants didn't. I explained about the external seams and tabs of the expanders but he just shook his head. Each of my questions were answered shortly. At the end of my visit, I told him about the unkind way the PA had delivered the oncotype score and he smiled tightly and said, "Thank you for the feedback. Okay. Okay. Thank you for the feedback." He obviously didn't want to hear what I was saying.

The most difficult part for me was the prospect of the IVs. I explained that I have a serious needle phobia and he said, "Just don't look." Yeah well, that's not how phobias work. I can still feel them. So they sent the chemo nurse in to talk with me. She told me that unfortunately taxotere is hard on veins and they'd have to find different ones each time, including the deep tiny veins on the underside of my forearm. And since I've had lymph nodes removed, I can only ever have IVs or blood draws on my right arm. And that yes, that would make future blood work more difficult. I went home in a pure blind panic, then called back to ask if I might have a port installed for the duration of the chemo. Nope. "Not necessary." Basically, the message was that I needed to shut up and do as I was told.

And that was the last straw for me. I sent a message to my breast surgeon and told her I HAD to have a referral to the other oncologist she'd recommended, as soon as possible. Please. 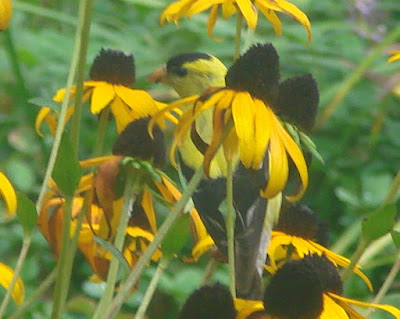 You know, I actually set the bar pretty low for the second opinion. I was just hoping against hope that the guy wouldn't be a dick. His profile on the group's website said "He finds that the most rewarding part of his job is the bond that he is able to form with his patients and their families during such a difficult time." Surely he wouldn't say that if he didn't value his relationships with patients. I went in today, holding my breath and looking for mercy.

I liked him right away. He carefully walked me through the oncotype report, explained why I could be estrogen receptor positive in terms of my cancer but not on a molecular level, talked about the fact that my particular profile made my score not within the actual research cohort. He talked about the potentially life-threatening effects of chemo and the seriousness of the decision. This was in stark contrast to the first oncologist who told me the chemo was "only four rounds" and "not a big deal." He told me, "We can talk statistics all day long but I'm not here to tell you what you have to do.  I'll be honest, if you were a family member, I'd force you to have chemo. But you're not and at the end of the day, you have to decide what is right for you and your own life."

I explained my needle phobia and that I'd asked for a port and was told it was unnecessary and I couldn't have one. "That's ridiculous," he said, "You absolutely can have a port. Absolutely." In fact, he said he'd have recommended that for someone like me.

At the end of the visit we had this conversation:
Oncologist: "I'm not in the practice of stealing other doctors' patients, so if you'd like to take all this information and continue to work with..."
Me: "No! I canNOT work with someone who doesn't even like me."
Onc: "Okay, then we're going to call an audible here."
Me: "That's a sports reference, right? I don't understand it."
Onc (laughing): "Football. We're going to change the play at the line of scrimmage."
Me: "Still not sure, but I think I've basically got it."
Onc: "I'll get your surgeon's office to schedule you to have a port placed and we'll tentatively schedule to start chemo the following Friday."
Me: "I can go with that plan. I was never saying I wouldn't be willing to do chemo, only that I needed someone who could work with me around my needle issues."
Onc: "Well, I wish all my appointments were this easy! Very nice to meet you and I'll see you again before your first round."

I'm not happy (she says, putting it extremely mildly) about the idea of being pumped full of poison, but I feel safe and heard with this new oncologist, so I'm as ready as I'll ever be. I called and cancelled out all the scheduled appointments with the other guy and breathed a big sigh of relief.
Posted by Secret Agent Woman at 8:30 PM