Out and about in Appalachia. 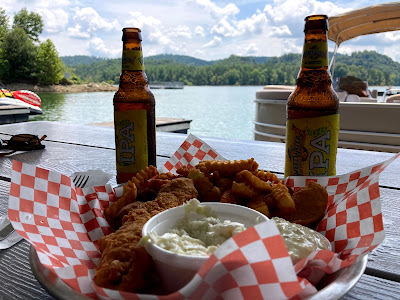 Saturday we had a morning appointment to look at kitchen cabinets, but by 9 or so, we had a whole empty day ahead of us. After a quick check at the Ridge (which has come to a standstill with the rain), we decided to do a little exploring in the area. We first drove over to Lake Norris, to see if any of the marinas had restaurants. At one place, the guy in the little store recommended Jimmy's Place but could not remember where that was. We drove around the shoreline until we finally saw a sign, and found this little floating restaurant, where we sat outside in the shade and had a beer and some fried catfish. 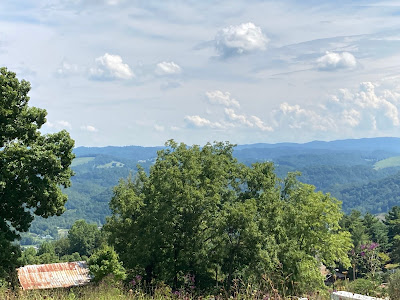 After lunch we kept driving, all the way up to a little town called Sneedville, near the Kentucky border. It's such a contrast of stunning natural beauty and deep, deep poverty. 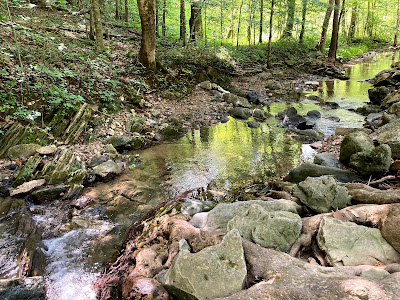 As we were winding our way toward home, we passed a small sign that said "Elrod Falls." This called for a U-turn. The signs lead us down a tiny backroad. When we got to the little park, there were a handful of people there by a creek. But no actual falls in sight. Then we saw some kids walking up a little path and decided to check that out. 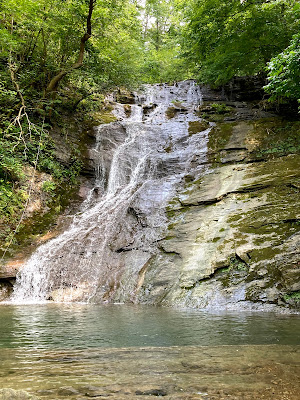 The falls were as pretty as anything in The Smokies, and there were less than a dozen people there, hanging out on the rocks and watching a kid swim in the pool at the base of the falls. And then a woman asked us if we'd been up to the falls above. What? So off we went. 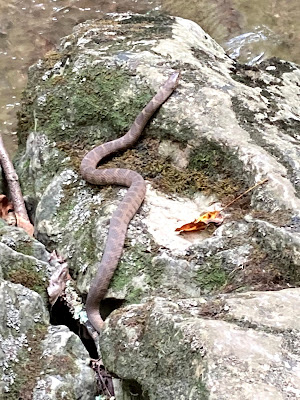 It was steep and slippery on the climb up. But it was so beautiful and we were the only two there.
Well, the only two not counting this water snake, sunning himself on a rock and watching the waterfall. 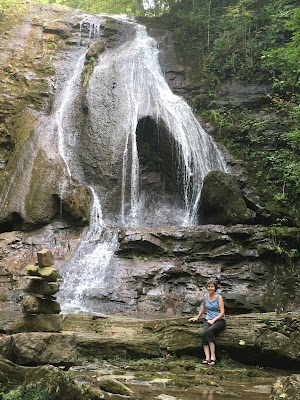 The climb down was even more treacherous, and as you can see I did not have the appropriate shoes. We read later that there is a third waterfall higher up, and I'd like to go back to see that. In hiking boots this time. All in all, a pretty great day and the detours were well worth it.
Posted by Secret Agent Woman at 7:31 PM