I think the Universe is trying to tell me something. 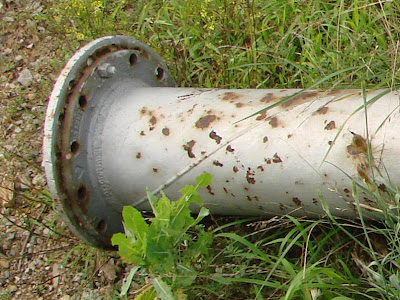 I've had a bad run lately. That's all there is to it. It's one thing to live and run a private practice in a small conservative community when you are married. But it is a lousy situation when you are single. I meet no one other than my patients. And I have, in the past several years, met some very nice guys on-line. But not lately. So I decided to just let it go and spend this next year focused on friendships and getting my house ready to sell and staying active. I pulled my profile and just felt like I'd done the right thing for me. But one guy I'd emailed with tracked me down and asked me out for Saturday and suggested a Mexican restaurant. In my experience, every guy who has wanted to meet at a Mexican restaurant on the first date has been out of shape and not particularly concerned with his health. However, I knew this guy was an avid cyclist and he looked fine in his pictures and even listed his body type as "athletic and toned."  I wasn't feeling very enthusiastic about it but decided I was jumping to conclusions and suggested an alternate restaurant. (An aside - I loved the food I had in Mexico. Lots of good seafood, a variety of veggies and fresh corn tortillas. The Mexican food I don't like is the Americanized version with that awful bland rice, white flour tortillas, refried beans, cheesy sauce and shredded iceberg lettuce. Blegh.) Anyway, he said he'd call the next day to coordinate. Well, he didn't call until 3:30, and when I listened to the voicemail, he was suggesting a place downtown that is 45 minute away for me, at 5:00. I wasn't happy about the late notice and I sat and sat and sat, unable to make myself return that call. Clearly, I did not want to go. At 6:00 he called again, saying he'd still really like to meet. When I listened to that voicemail, I accidentally hit the "return call" button and so I was stuck. 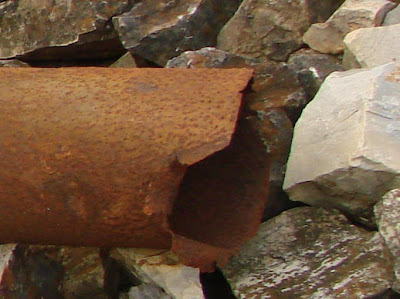 The skies opened up just as I hit downtown and there was some music event going on, so I called and suggested a place on campus. When I got there, there was no parking because of the football game. I called again and said we ought to head a little west. He suggested a place way out west, near where he lives. I wasn't thrilled about that, since I'd already told him I lived east of town, but just asked where he wanted to meet since I didn't know that area. He said, "Well, there's a Holiday Inn lounge." What?  There are a blue million good restaurants in this town and he thinks our best bet is a skeezy hotel lounge? Sounds like a little slice of hell to me. I named the first place I could think of out that way, a little Thai restaurant, and he agreed. By this time, I was sincerely regretting saying yes. But I would never, ever want someone to feel like I didn't want to be on a date with him (as evidenced by my tolerant behavior with Jerkwad), so I headed on over. As I was standing under the awning watching cars circle the parking lot, I saw someone get out of his car a good ways away and head in my direction. He had that polo-shirt-tucked-into-pants pregnant man look. I offered a prayer to the cloudy skies above me, "Please, don't let that guy with the huge belly be him." And then saw him put his phone to his ear and prayed again, "Please don't let my phone ring." You guessed it.

Here's the thing - I don't expect perfection. In fact, my old boyfriend has a bit of a belly, but he's also very muscular otherwise. I am not looking for a model, but health is important to me and I put a lot of work myself into staying fit. So when someone says they are "toned" and posts outdated photos from a time when they were, I feel a little betrayed. But I smiled and said hello and didn't even flinch when he ignored my outstretched hand and hugged me instead. And he was a nice enough guy, bright (a physicist) and talkative. And of course I was friendly also. I'd eaten while I was deciding if I was going to call back, so I ordered lightly - basically an appetizer and a glass of wine.  He got an entree and had a couple of beers. When the check came, he said, "Is it okay if we split the bill?" I said, "Sure." But inside I said, "Sure, and I will never, ever see you again." Because even setting aside the fact that here in the South chivalry is still the code, it's just rude to ask someone out and then ask that person to help pay for it. He asked me out to dinner, he knew that I had made a much longer drive than he had, and he knew that while he was ten minutes away from his house, I had an hour's drive home in the pouring rain.  But he couldn't swing the $10 that was my dinner?  When the waitress returned, I'd already put my card on the bill and he hadn't. She started to pick it up and I reflexively reached out my hand to stop her. That's when he pulled out his card and asked her to split the bill. She said, "Do you mean split it down the middle?" He hesitated and I gave her a look.  She added, "Or separate checks?" and I nodded. Because damned if I was also going to subsidize his meal, which was more than double mine. While we waited for her to bring back the separated checks, he said something about maybe catching a movie. Well, let me think about that a min...No.  I made an excuse about having to get up early.

Before I pulled out of the parking lot, I texted my sister in my usual ladylike manner, "Fuck. Fuck fuck fuck. I'm never going on another date."
Posted by Secret Agent Woman at 6:33 PM