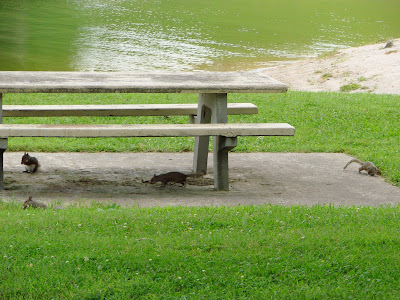 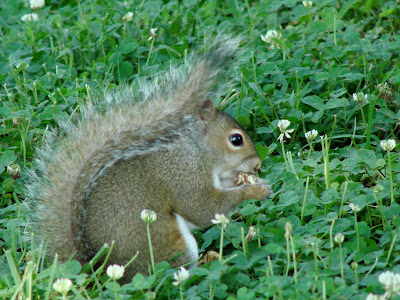 They look so innocent, don't they? Just eating scraps of food and minding their own business. 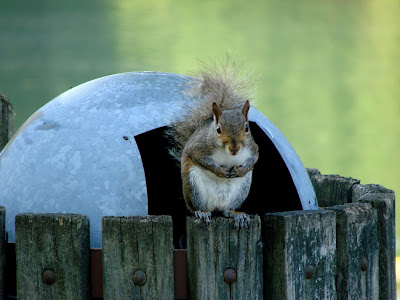 But that's only an act. They're watching. 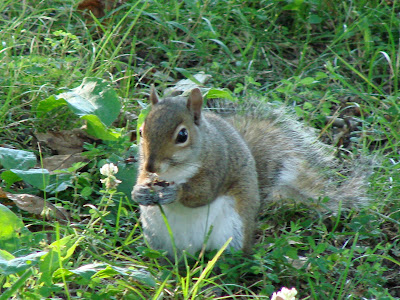 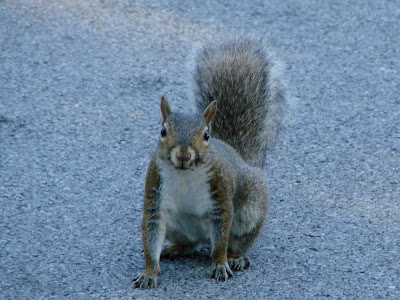 And so it was on Friday morning when I went for a run. I had just made it a mile on the paved path along the lake when a kamikaze squirrel spotted his target and made up his mind. 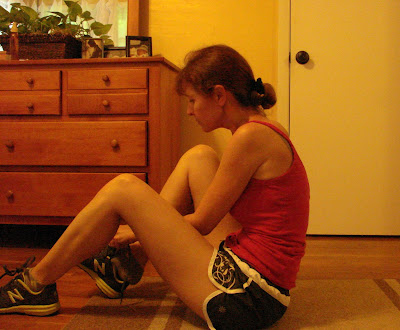 As you can see, I'm quite a bit bigger than a squirrel. But they are faster. And younger. Even if it was an elderly squirrel of, say, 10, that still makes me a good four decades older. When this particular squirrel darted straight under my feet as I ran, all I could do was jump to avoid crushing it. I barely brushed its tail but I landed hard on my left foot and felt that familiar twinge in my bad knee. Ever since I blew out my knee when I was skiing in high school, I've been prone to re-injuring it. My only consolation is getting to say that I hurt it skiing in the Alps. 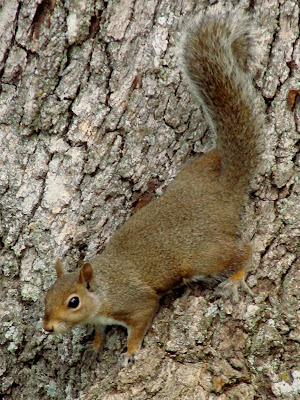 The squirrel retreated, snickering a little, to watch me continue. Except now I was walking instead of running. Hobbling, actually. When I went back out to try again the next morning, there was a squirrel waiting in the same spot, just off the path. As I approached, I looked at the squirrel and said, "Go tell your little friends to stay away from me!" He ran back to another squirrel at the tree, and they both turned to look at me, keeping their distance. 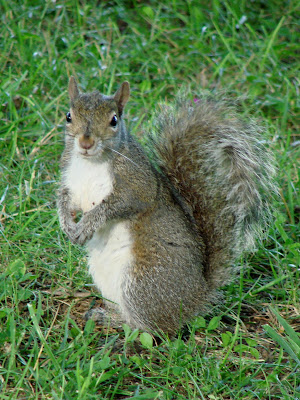 But I know it's a temporary truce. Don't let the big eyes and fluffiness fool you. They're just biding their time.
Posted by Secret Agent Woman at 5:40 PM