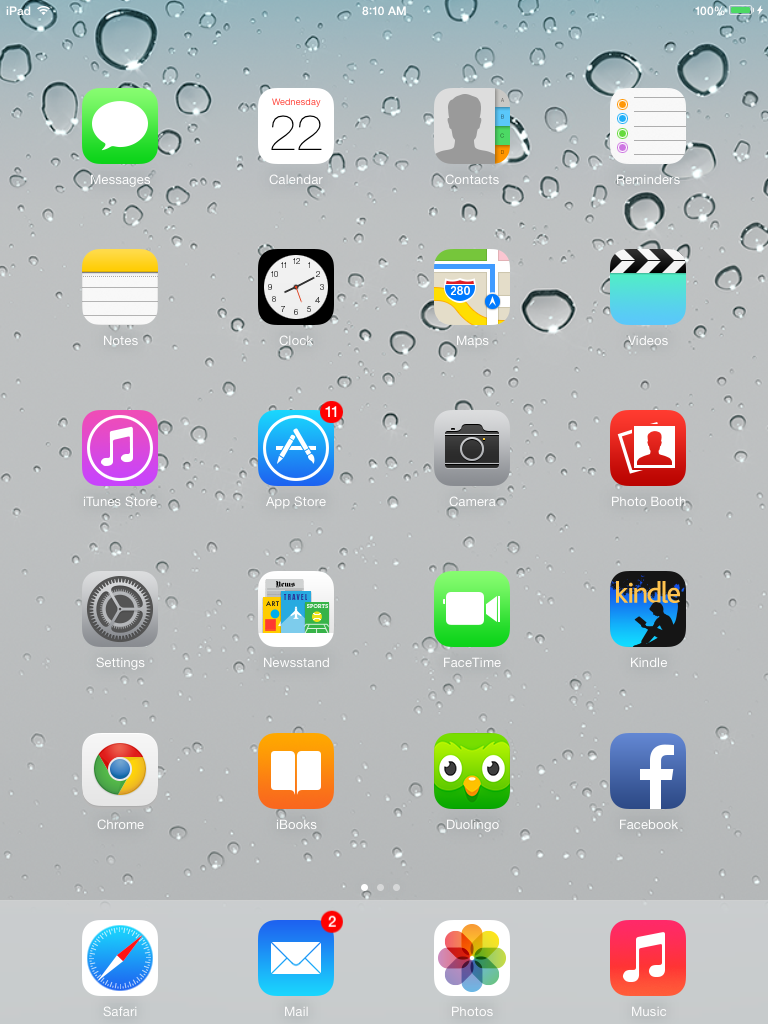 I decided that I should learn a little Spanish.  In case I ever decide to re-locate to Costa Rica or something like that. The only language my little rural Georgia high school offered was Spanish. I didn't want to take Spanish, I wanted to take French. So I refused. And they let that slide, even though it was a graduation requirement for everyone else on the college track. When you're the top student in your grade at a small, poor school they let you get away with things they shouldn't allow. Especially when that student is awfully damned pig-headed - I also refused to take P.E. In a weird twist of fate, I went off to boarding school in Switzerland my senior year and lived in a French-speaking town. As the sole sixth-form kid without any background in the language at all, I was the only student in the class. Just me and Mme. DeWolff, an Austrian married to a Belgian. What French I do know is inflected with the Swiss sing-song intonation and a little Germanic guttural-ness. But in these parts, French isn't all that useful. Barring Canada getting a militaristic bee in its bonnet and invading southward, Spanish is more likely to come in handy. I'm starting with the iPad app Duolingo, because it's convenient and covers basics. And because it has a cute little owl icon. And mostly because it's free. 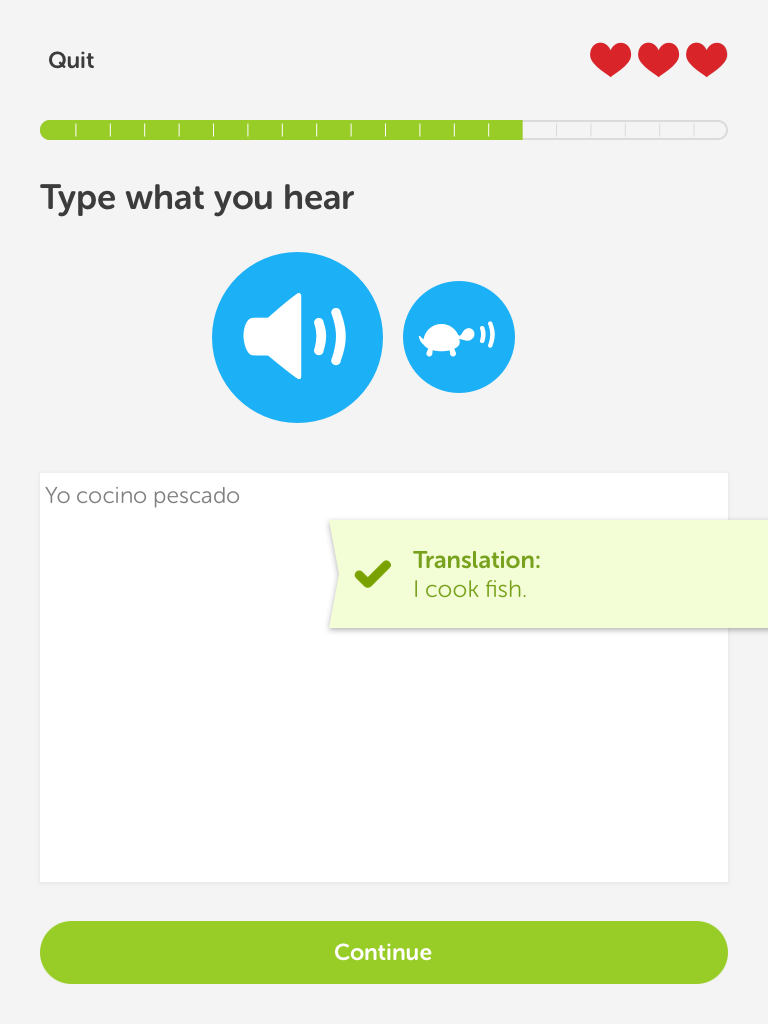 Each lesson has several different exercises - choosing a word from a set of photos, translating Spanish to English and vice versa, multiple choice, and repeating sentences into a microphone to be checked. You can have the sentences spoken in a slowed-down version by tapping that little tortuga, but I'm trying to avoid that because I know I won't encounter a slow-speaking Hispanic anywhere in this world. 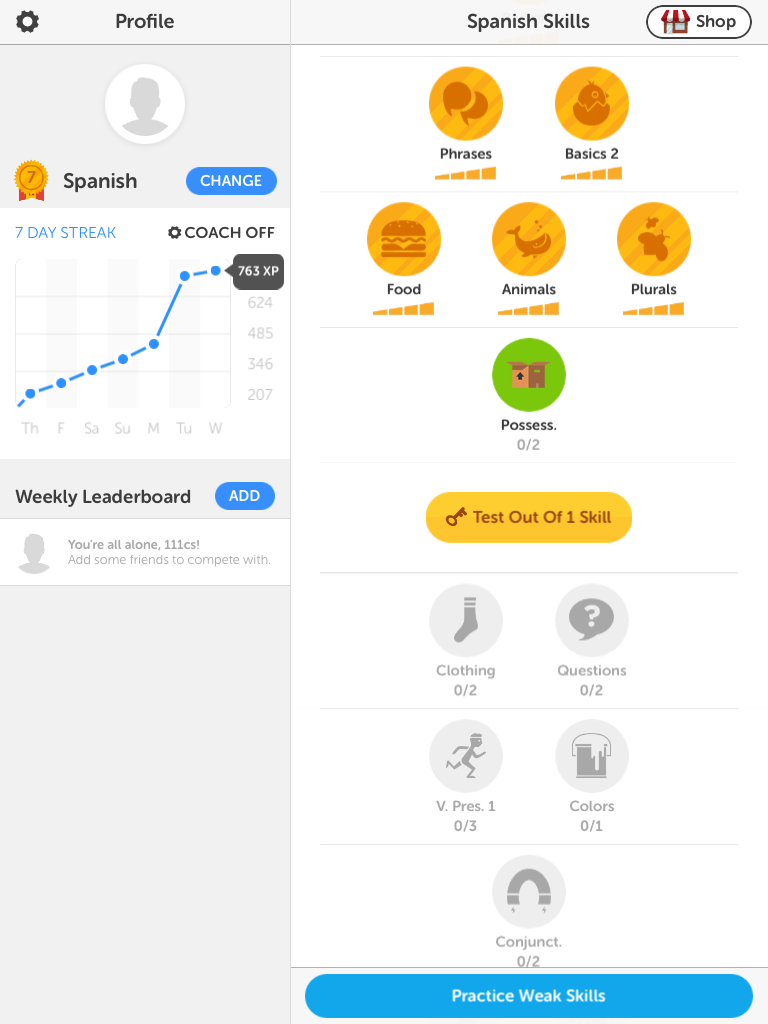 So far I've covered some basic phrases, foods, animals and learned plurals for all those words. I know that English is an irregular language and considered difficult to master, but at least we don't assign gender to non-gendered objects.  Nevertheless, I can now tell you that I drink wine or we read newspapers or penguins eat rice (I swear I'm not making that up) or the boys write letters. I've said the word manzana more times than I care to, remember the silly upside down exclamation point, and I'm rolling my r's. 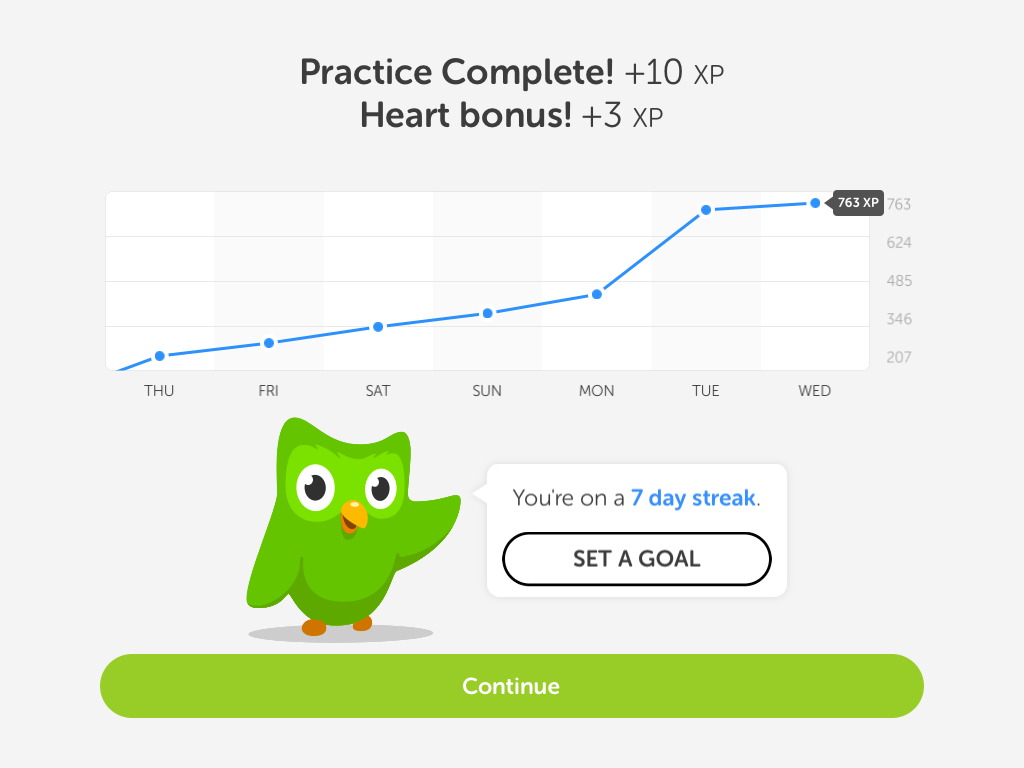 El pájaro seems happy with my persistence. I finished through to level 7 and then went back and repeated all the lessons again to help cement it in my decrepit 51-year-old brain. My ex-husband took a pure-science load to meet all his undergrad requirements for vet school in three years and was even more at sea than I was when we went to Mexico for our honeymoon twenty-five years ago. We went to one night of a non-credit conversational Spanish class at UVA and dropped out because everyone else was so serious and there was homework. Armed, then, with virtually no Spanish, we headed off for a month to Cuernavaca and Isla Mujeres. Once there, I stood by giggling as he told one Mexican after another, "Tú no hablas español."  After a few days I finally said, "Did you know you're telling them they don't speak Spanish?" 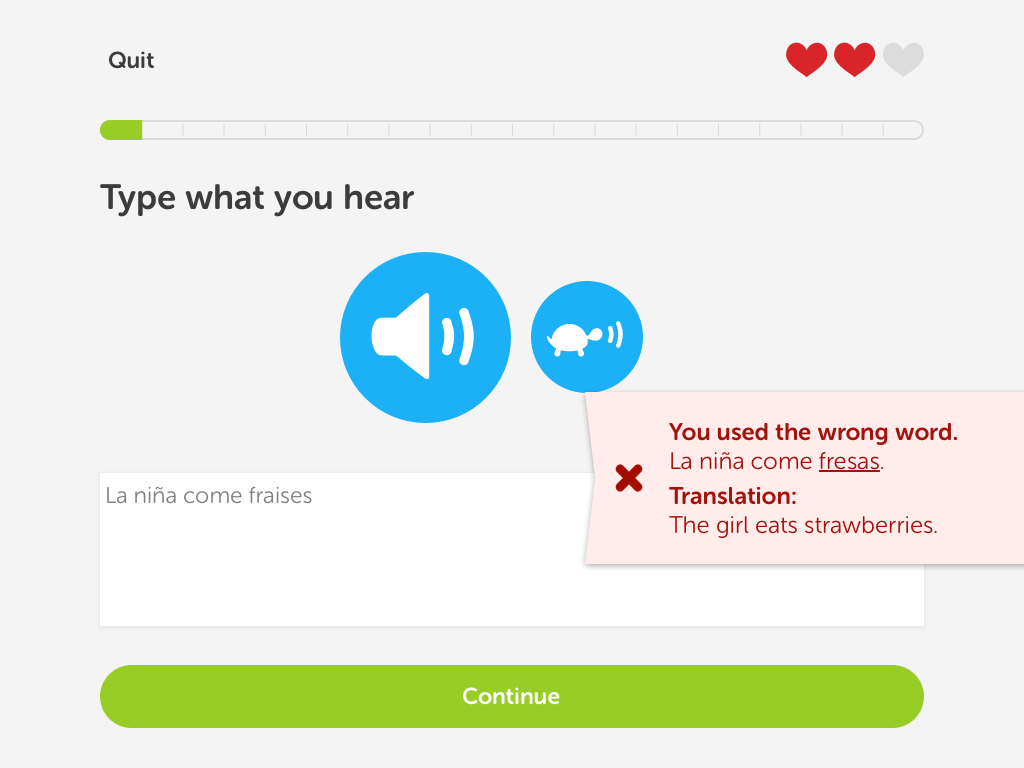 Occasionally the French tucked away in the dark recesses of my mind intrudes. Apparently, une fraise is not an acceptable substitute for una fresa. Well, whatever. 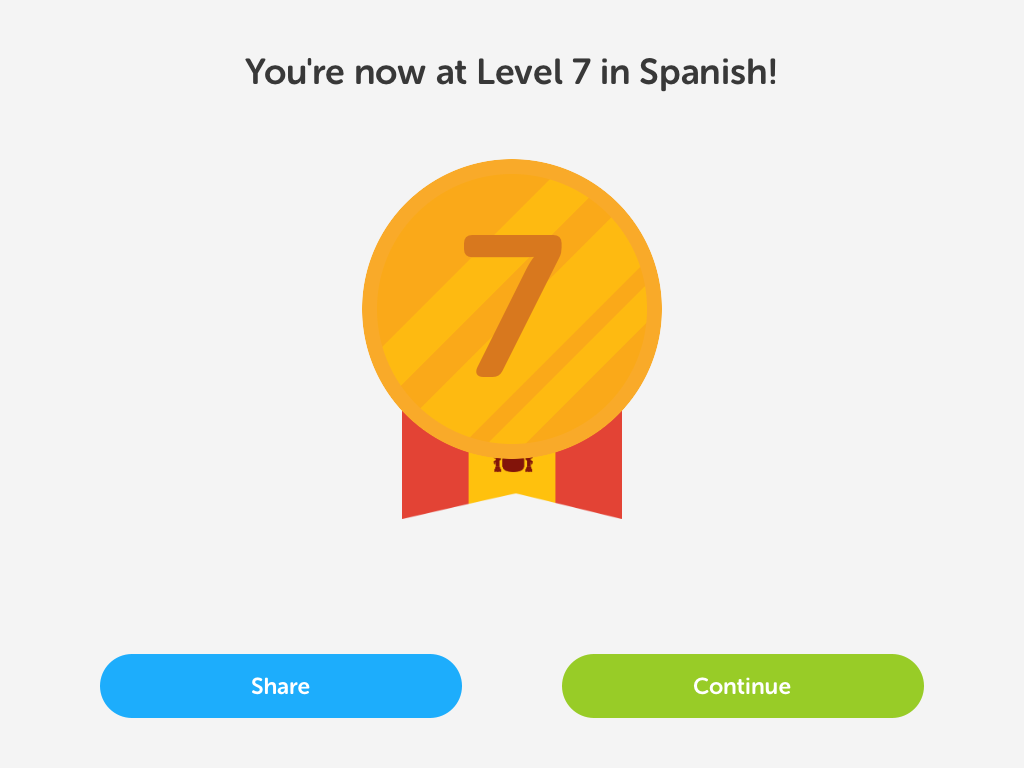 All things considered, though, it's been a bit easier than I was expecting. So far, so bueno.
Posted by Secret Agent Woman at 5:45 PM