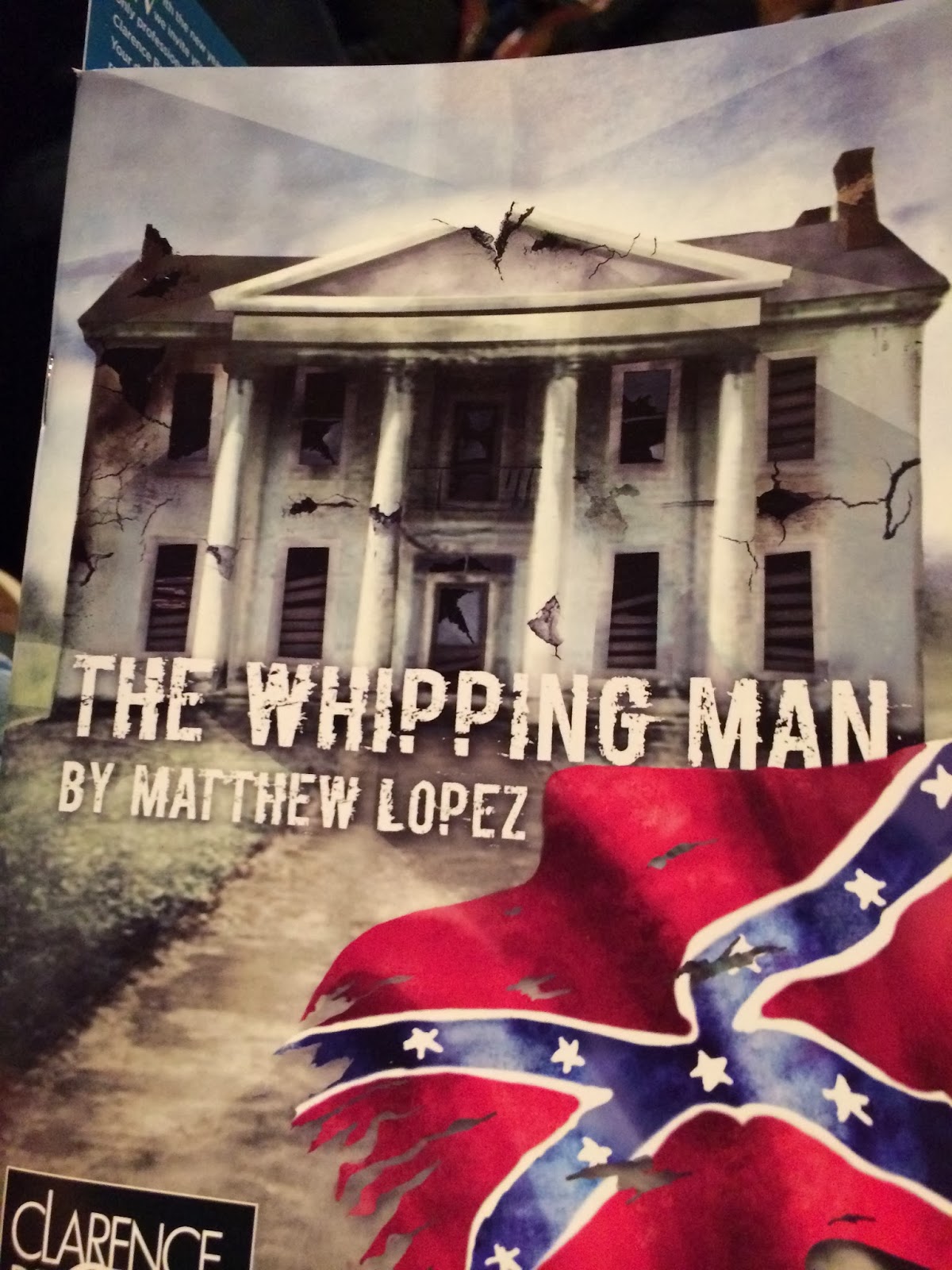 Friday night I went to see a play with the friend I've been hanging out with. This is the best shot I could get of the program because he was holding it and kept moving his hand, claiming that he had no idea why that kept happening. Although we initially met on a date at the first of the year, we've settled into a friendship instead, and I've really been enjoying the company. It's almost a brother-sister sort of relationship - affectionate and teasing without any of the romantic part of dating. 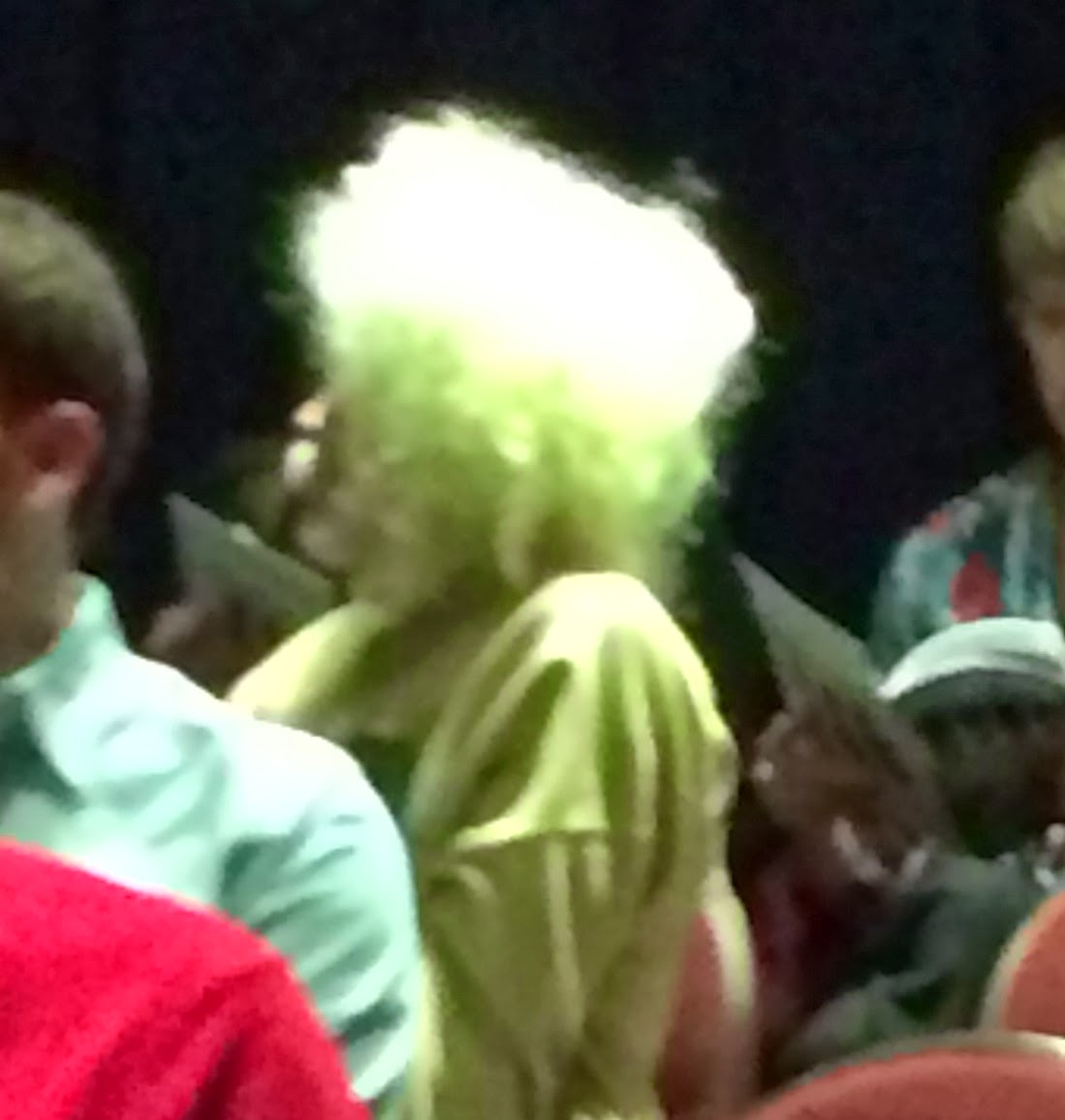 During intermission, I tried to get a shot of this Einstein-like character in the audience by standing in front of my friend so I could hold my phone up surreptitiously. Which my friend immediately caught on to and jumped out of the way just as I took the photo so any hope of subtlety was lost. Yes, I hit him. 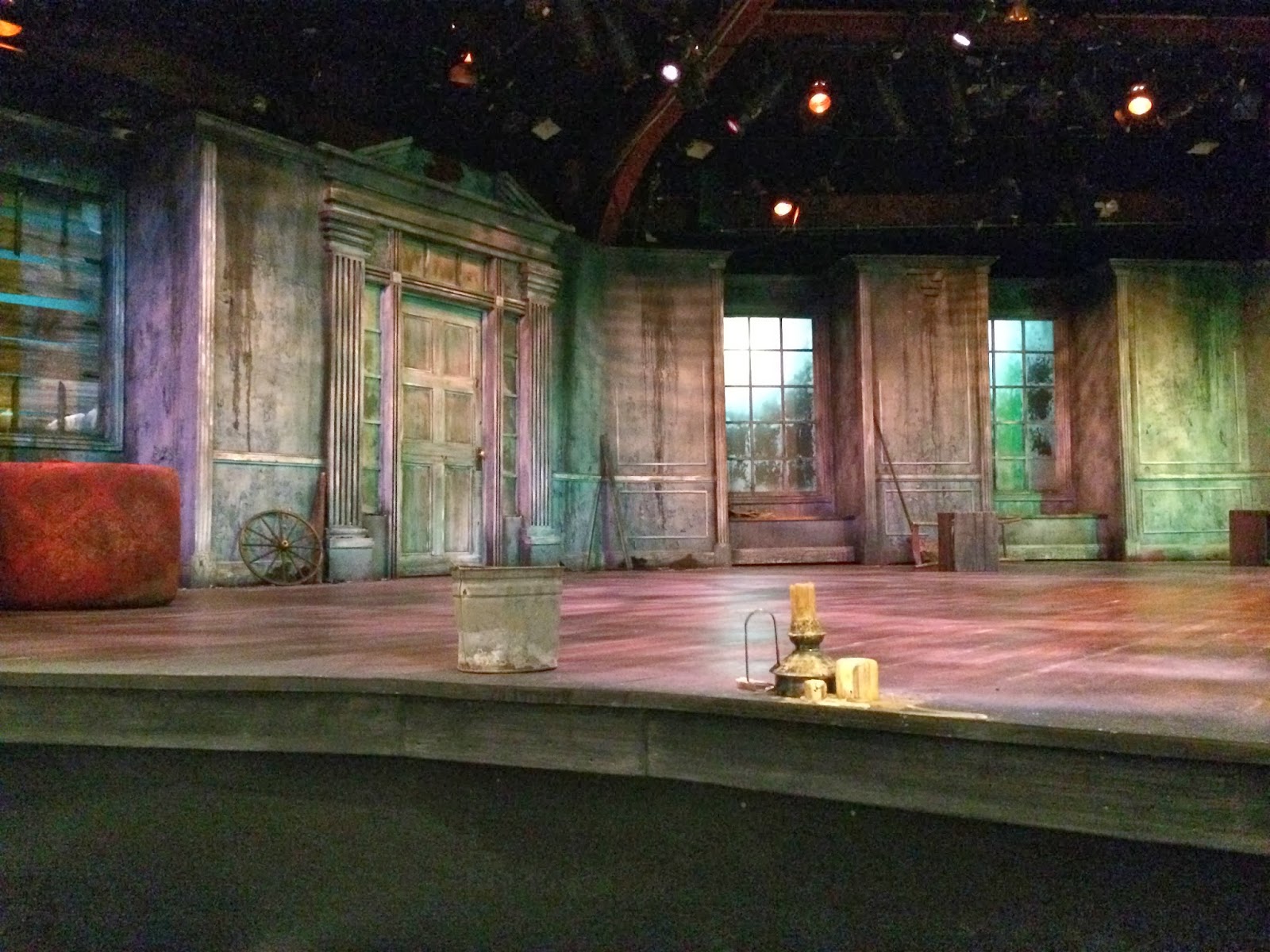 We sat on the front row of the small theater and, as it turned out, picked the perfect spot because much of the action happened on this side of the stage. There was no photography allowed during the actual play. The story had just three actors. It involved a Jewish Confederate solider who is shot in the leg after deserting this company. He returns home to his family plantation in Richmond and finds two of the family's slaves, newly freed by the war, still there. His wound in gangrenous and he can't risk going to the hospital, so the emancipated slaves agree to amputate his leg and tend to him. That was a grueling scene, as were scenes involving descriptions of the two men being brutally whipped on the command of the plantation owner. An interesting level of irony involved the celebration of Passover by the three, as the slaves had been raised as Jews, and the conflict between the Jewish owners commemoration of being released from slavery while keeping others as slaves. Parts of the play were funny, parts deeply moving and parts uncomfortably dark and sad. This was a case where I was happy to join the audience in a standing ovation - they did a beautiful job with it, and I am still mulling it over days later.
Posted by Secret Agent Woman at 8:08 PM