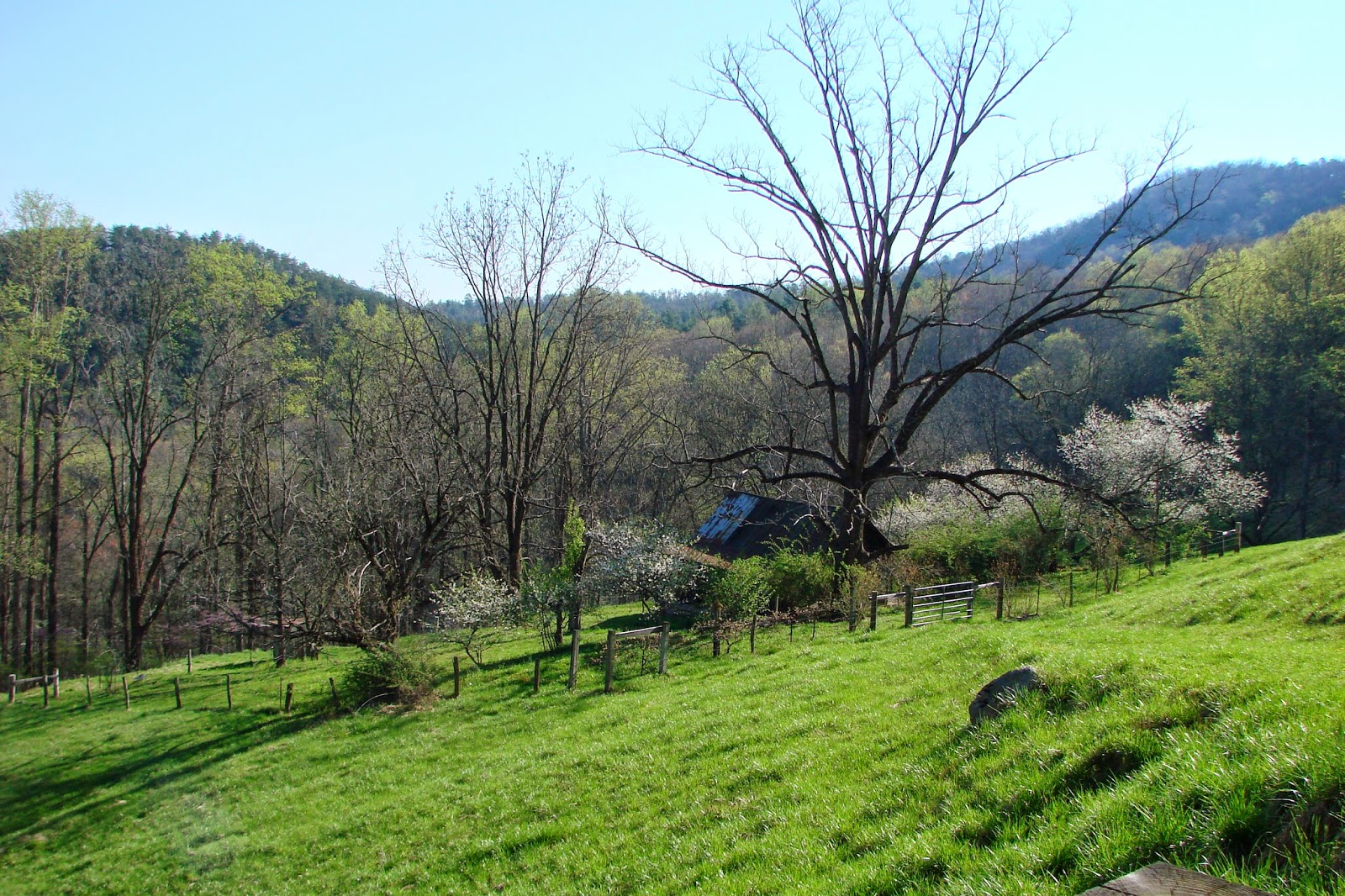 I met up with a hiking group yesterday to hike in the Smokies (which is generally referred to as simply "the Park" around here). We were headed to Whiteoak Sink, a fenster, or geologic window from one layer of rock to another. First up through farmland bordering the Park. And down a long wooded trail to the sink. I was told these partridge berries, the fruit of an evergreen groundcover, were edible so I tried a couple. They were faintly sweet. The man leading the hike described them as "trail nibbles." 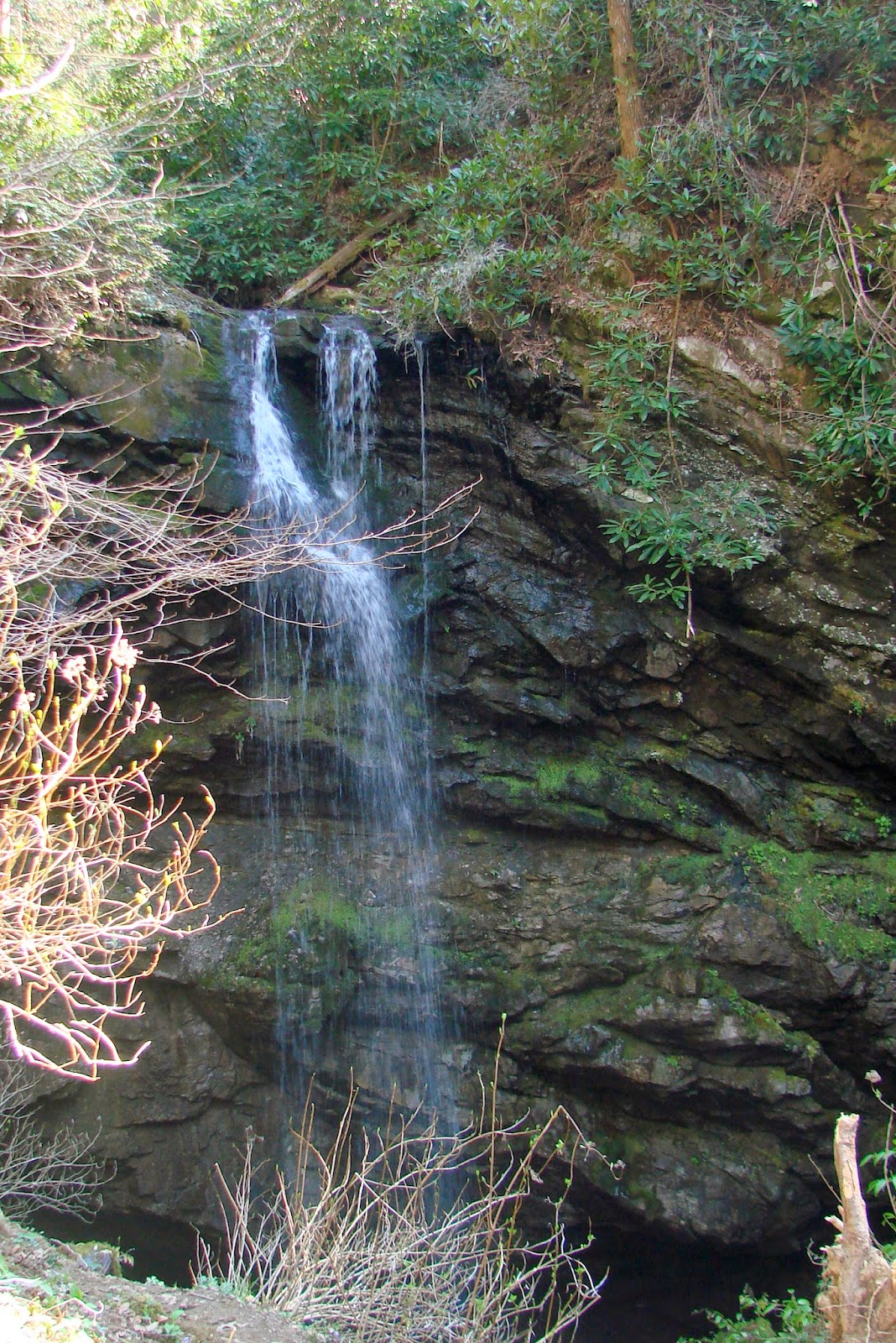 Rainbow Waterfall disappears into a cave then becomes an underground creek that emerges at another waterfall. Behind the water is a horizontal divide arch which we were told is part of the Great Smoky Mountain thrust fault line. 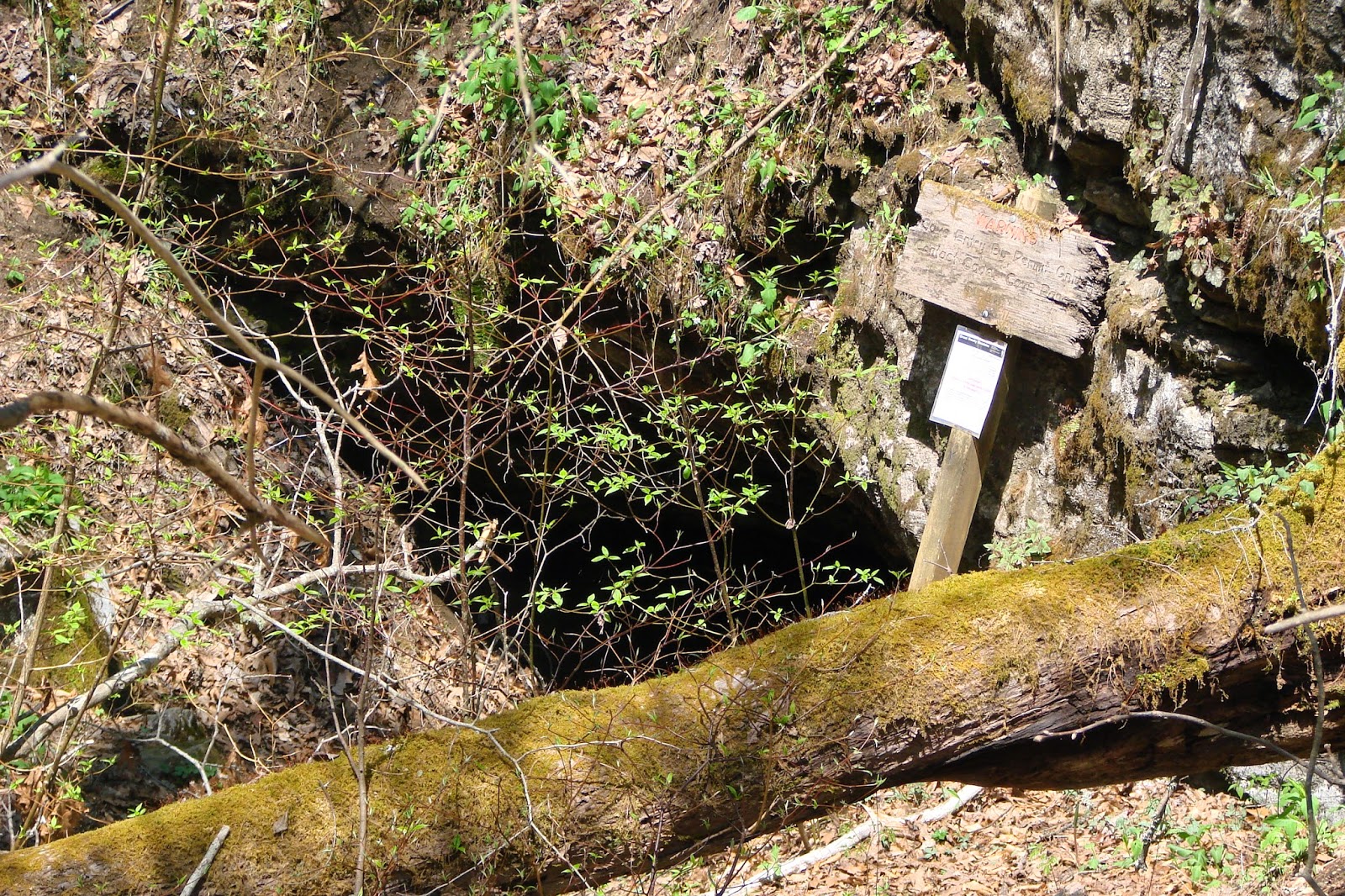 We passed a couple of bat caves on the hike. One of them (not this one) had a barred entrance to keep people from entering. The vast majority of Indiana Vats hibernate in just nine caves, so their home is protected. It lived up to its name - Blowhole Cave - because when you stood in front of it a steady stream of 56-degree air hit you. Which was pretty pleasant as the temperature was in the mid-70's even up in the mountains. 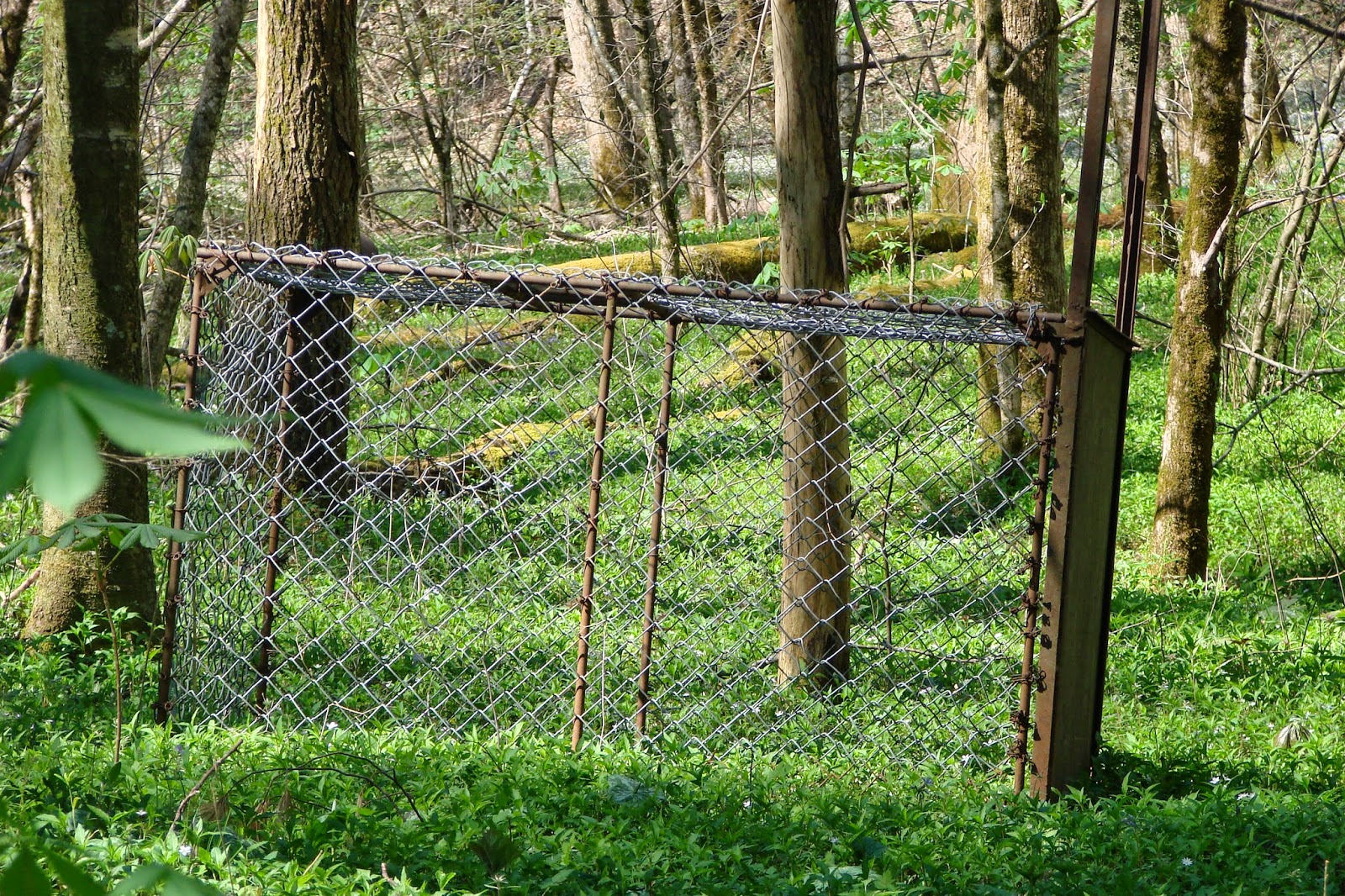 We hiked on for a while, past a couple of wild hog traps. They've become a bit of a nuisance, as they are not native to the area but escaped from a private game preserve in the Nantahala's back in the 1940's. Their rooting damages the wildflowers and other plants and there has been an ongoing effort to remove them from the Park. 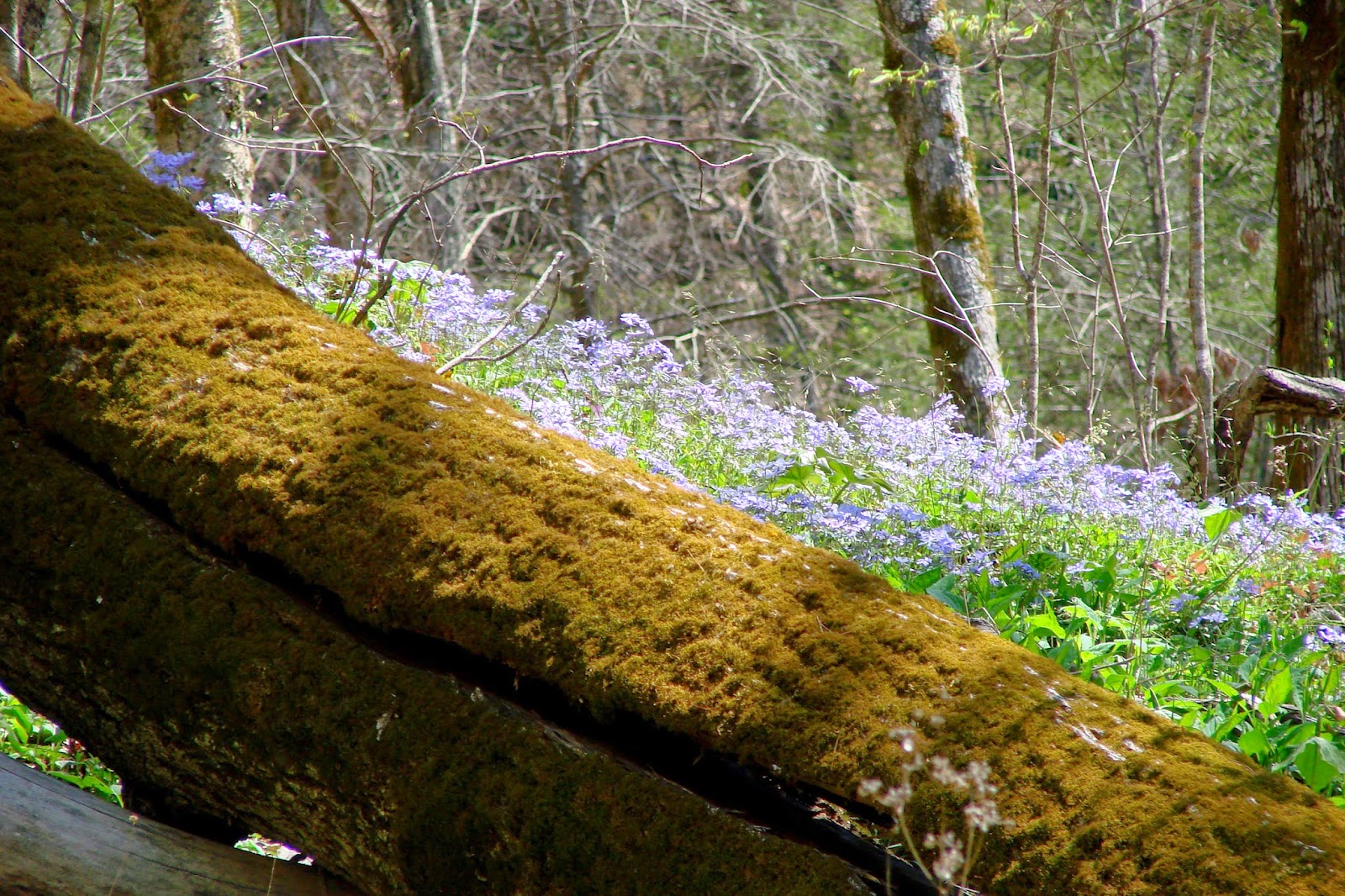 This time of year the wildflowers are everywhere. Sometimes, they appear as a blanket of color from a distance, like these wild phlox. 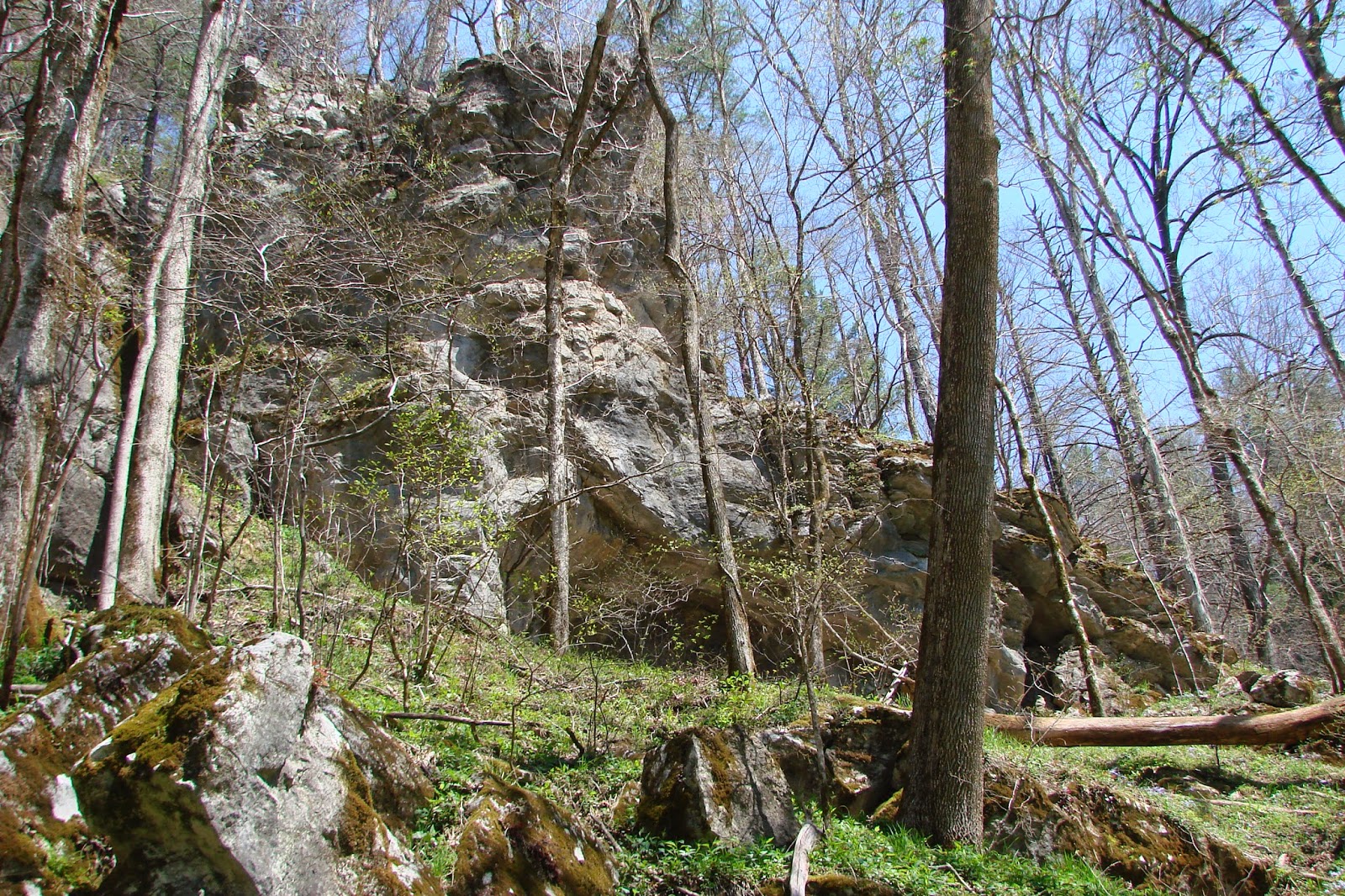 The deciduous trees have yet to fill in, so the rock formations are more visible than they will be later in the year. 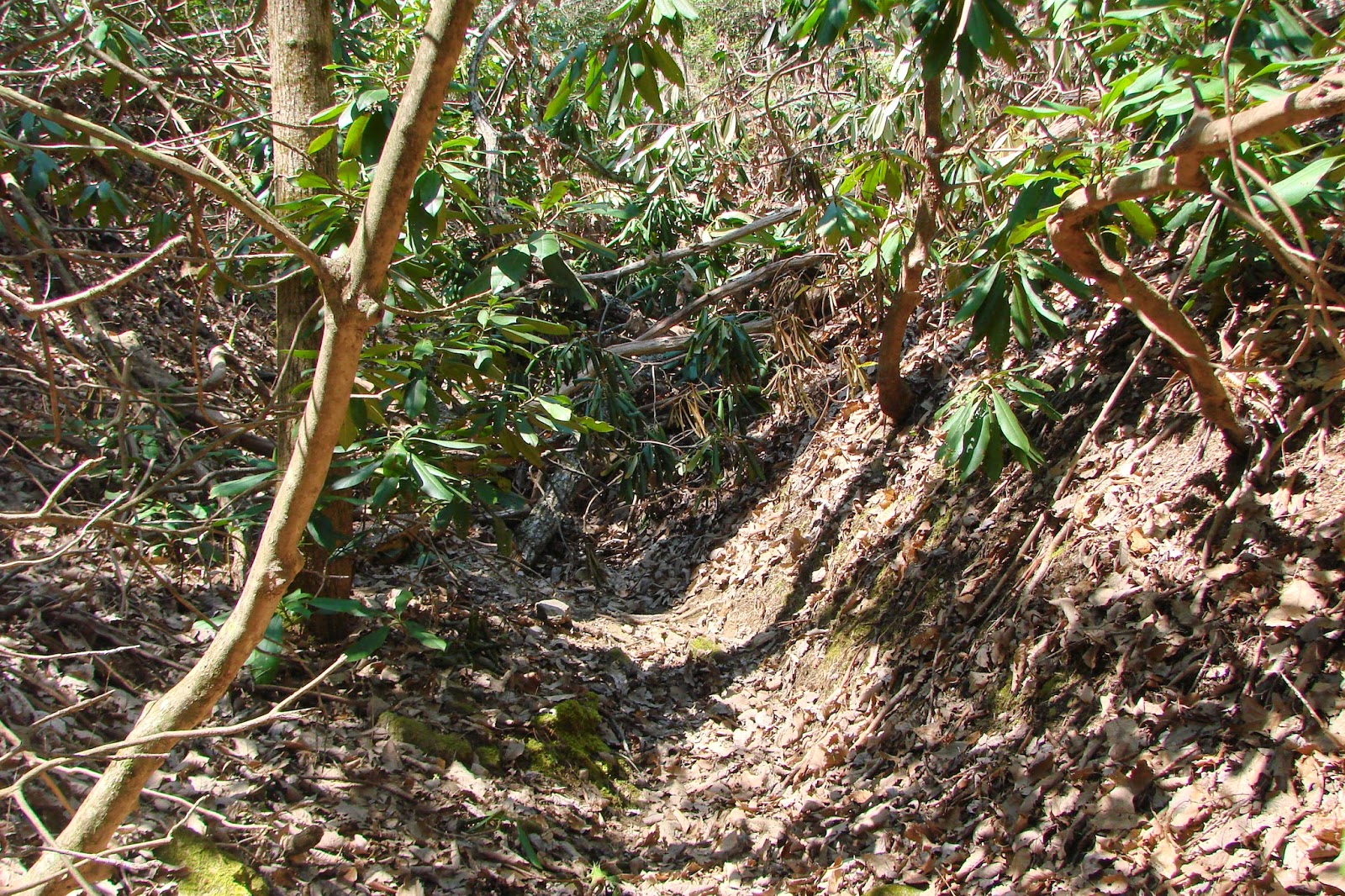 At times, the trail was so covered with blowdown from recent storms that it took a serious effort to continue. This for instance? Yep, that's a trail. It involved climbing over tree trunks and through branches. 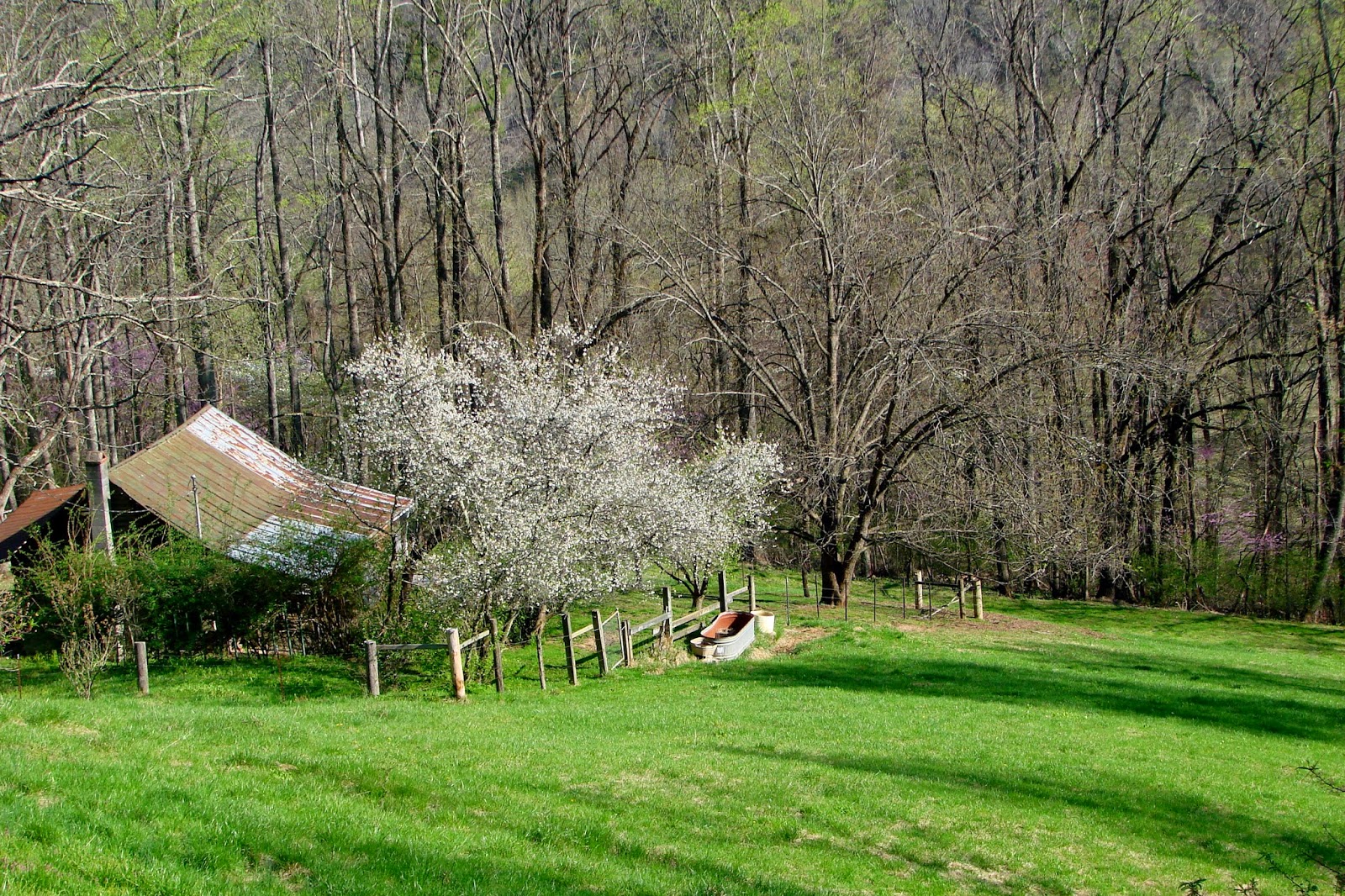 Finally we made our way back to the farmhouse and then down the long trail to the parking area. In all we hiked about 9 miles, some of it fairly steep. My fitbit tells me I climbed the equivalent of 125 floors. Friendly people, gorgeous scenery, perfect weather and exercise that doesn't feel like exercise. Gets my vote.
Posted by Secret Agent Woman at 6:26 PM