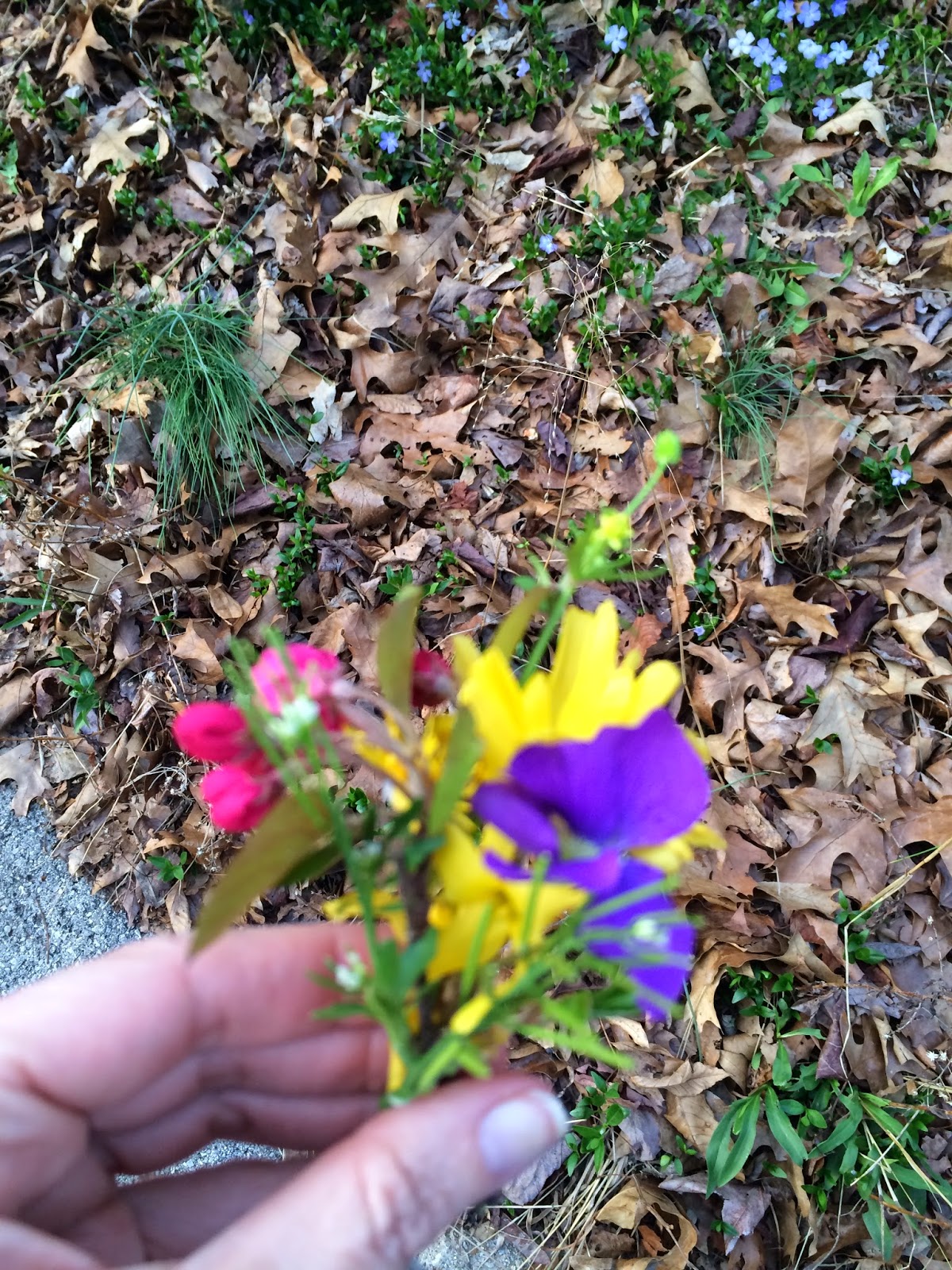 So I've joined a women's group. There are twelve of us plus a facilitator, and we meet every other week for a year.  It's sort of about spirituality, but also just about community. I thought it would be good for me to do something social that wasn't remotely related to dating. On our last session we were sent out on a nature walk and told to bring back something from nature that spoke to us. I ended up collecting small flowers, both cultivated (forsythia, blossoms from some sort of fruit tree) and weeds (wild violets, dandelion) and binding them together with a grassy weed. 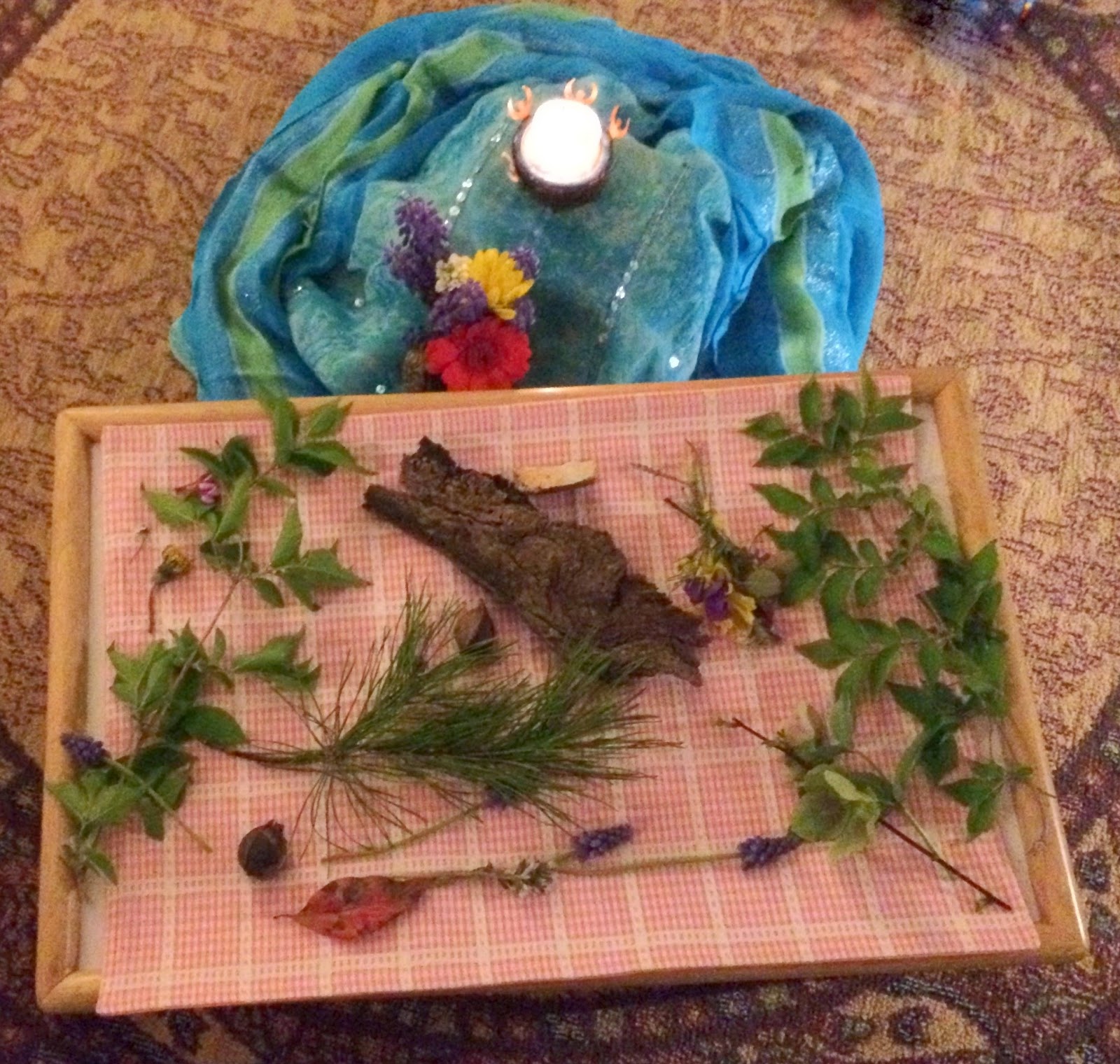 Everything went together on a table after we'd each talked about the meaning our particular offering had for us. Mine had to do with bringing together the disparate parts of my life and my self, and valuing all those parts. We've met four times so far, each meeting focused on a different theme.  It's a nice group of women in a range of ages - the youngest in their late 20's, the oldest about 70. 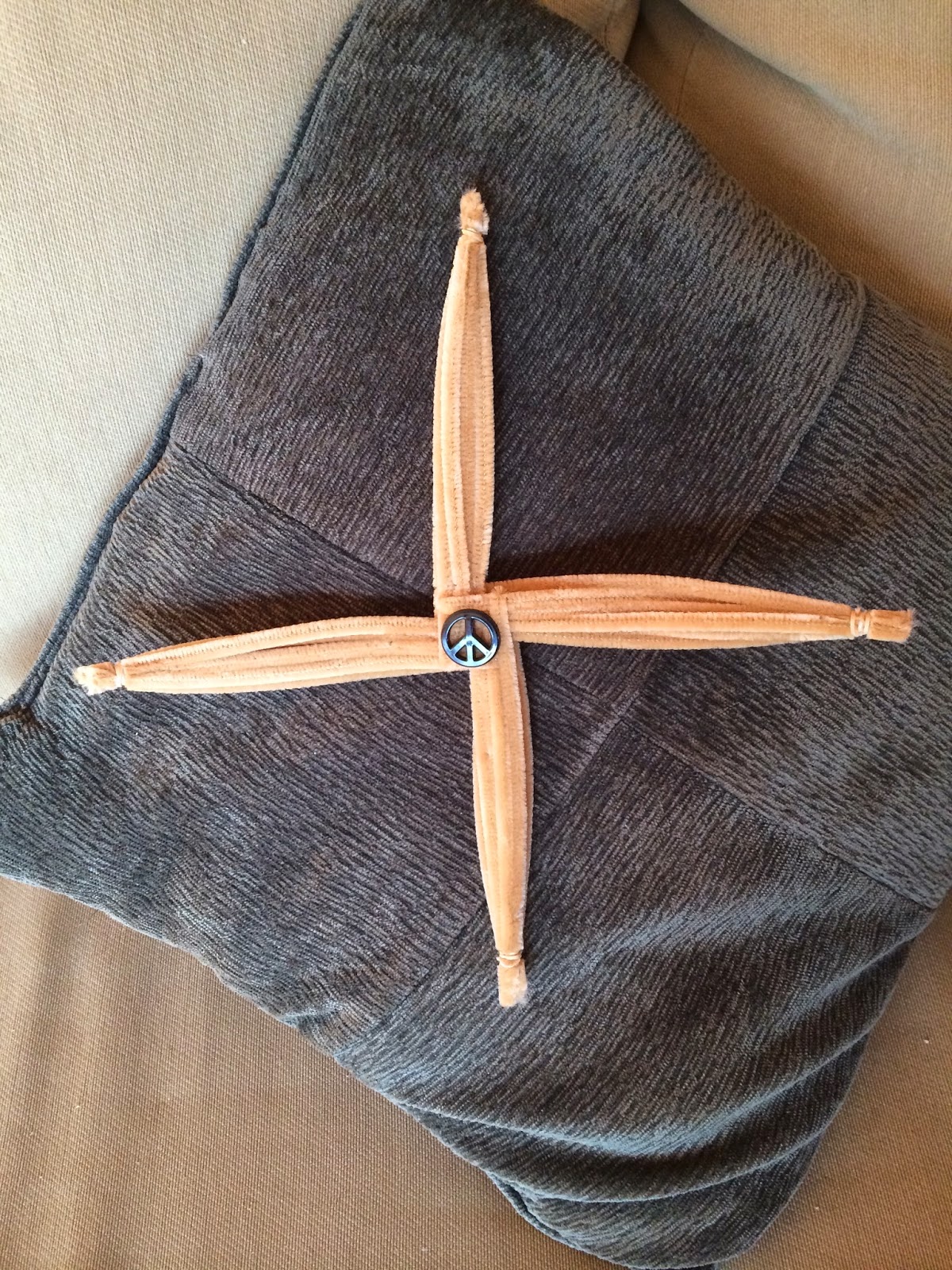 Another meeting, we talked about the Celtic goddess Brigid, who was co-opted by the Catholic church as a saint.  Her symbol was a snake and one interpretation of the story of St. Patrick driving the snakes from Ireland is that it represents the Church driving away goddess worship in Ireland. During this get-together, we made St. Brigid's crosses, choosing the center piece ourselves. Originally, the straw crosses were placed above doorway for protection. I made mine carefully, wanting it to be perfect.  In the discussion that followed, someone (not me, I promise!) brought up the issue of clutter and trying to reduce the amount of stuff they owned. I thought about how everyone always says I could be a professional organizer and how much easier it is to see other people's possessions without sentimentality. And just like that, this object because clutter. It had meaning, to be sure, but I didn't need it. A quick photo for the memory and it went into the get-rid of pile, without a backward glance. Whenever I find myself in a new home, I suspect there will be an even more serious purge occurring.
Posted by Secret Agent Woman at 8:41 PM