One room at a time. 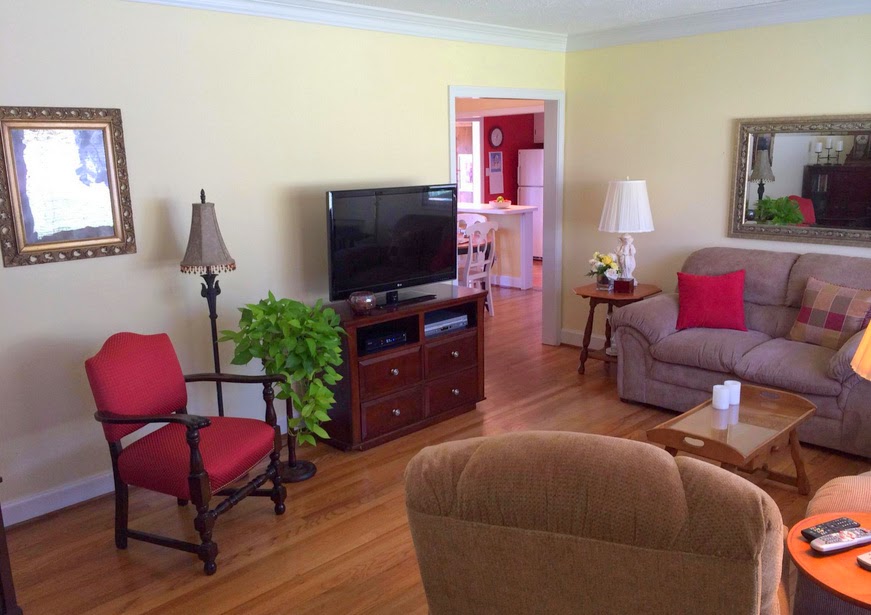 Let's start with the living room. This was the house when I looked at it before buying it, still filled with the owner's furniture. The walls in most of the house were painted an inoffensive neutral - in this case, basically the color of masking tape. 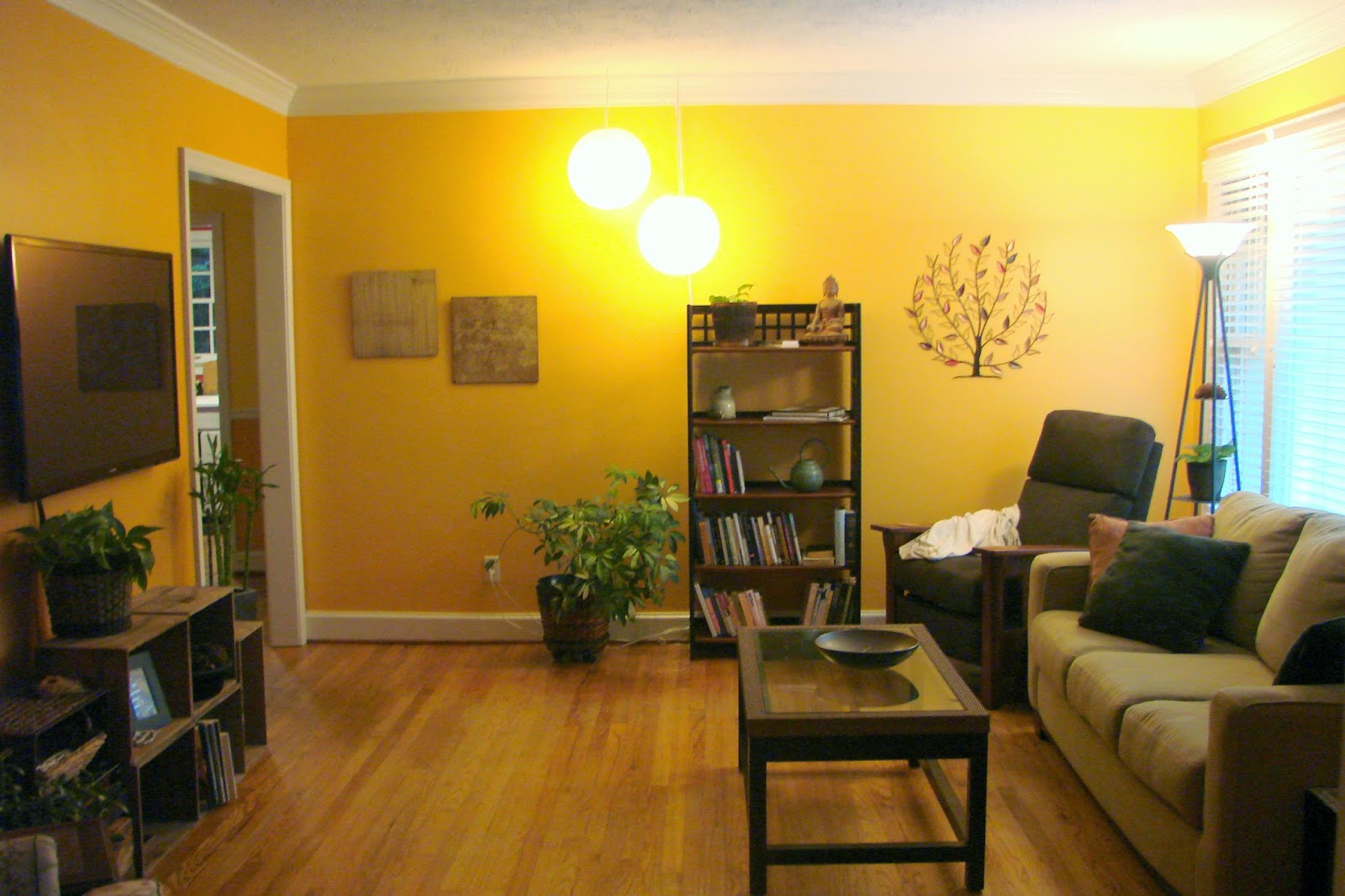 After painting, the living room now looks like this. Those two glowing things in the back are paper lantern light fixtures. A friend of mine came over to see the place and when he looked around the room he said, "Wow, this is great! This house is SO you!" "Obnoxious modern hippy" is what my older son calls my decorating style. 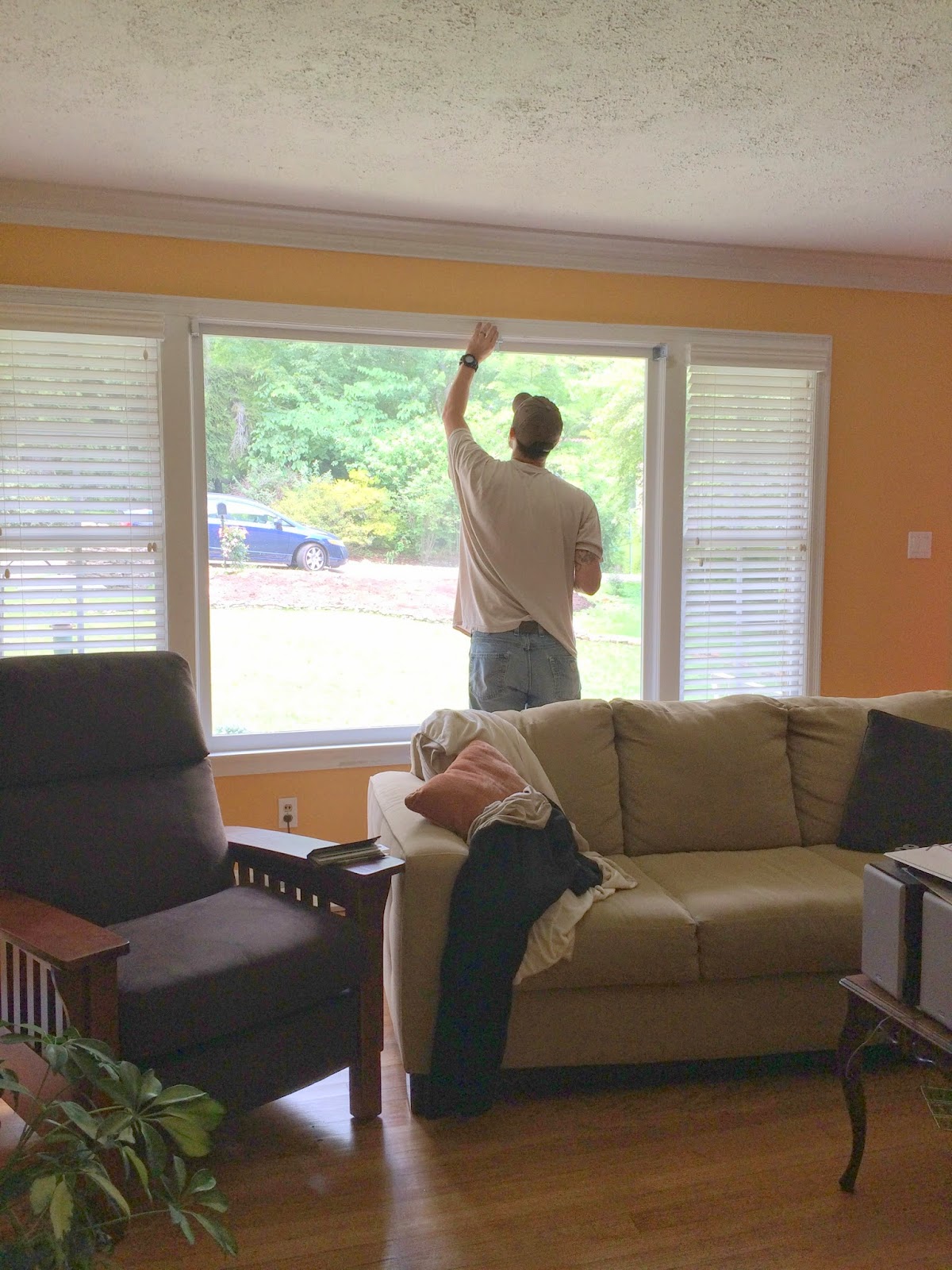 One of the first things I did was replace the blinds. They were the standard aluminum mini blinds and had been on the windows for a while. They were difficult to raise and lower, the turn stick that opened them had broken off on one side and although the larger middle set was white, the two narrower sets on the sides were beige. I had a discount coupon on blinds from my mortgage lender so I called the company and they sent someone out to bring samples and consult with me. A week or so later, another guy came out and installed them quickly. He told me the ones I picked were his absolute favorites but that people rarely bought them. 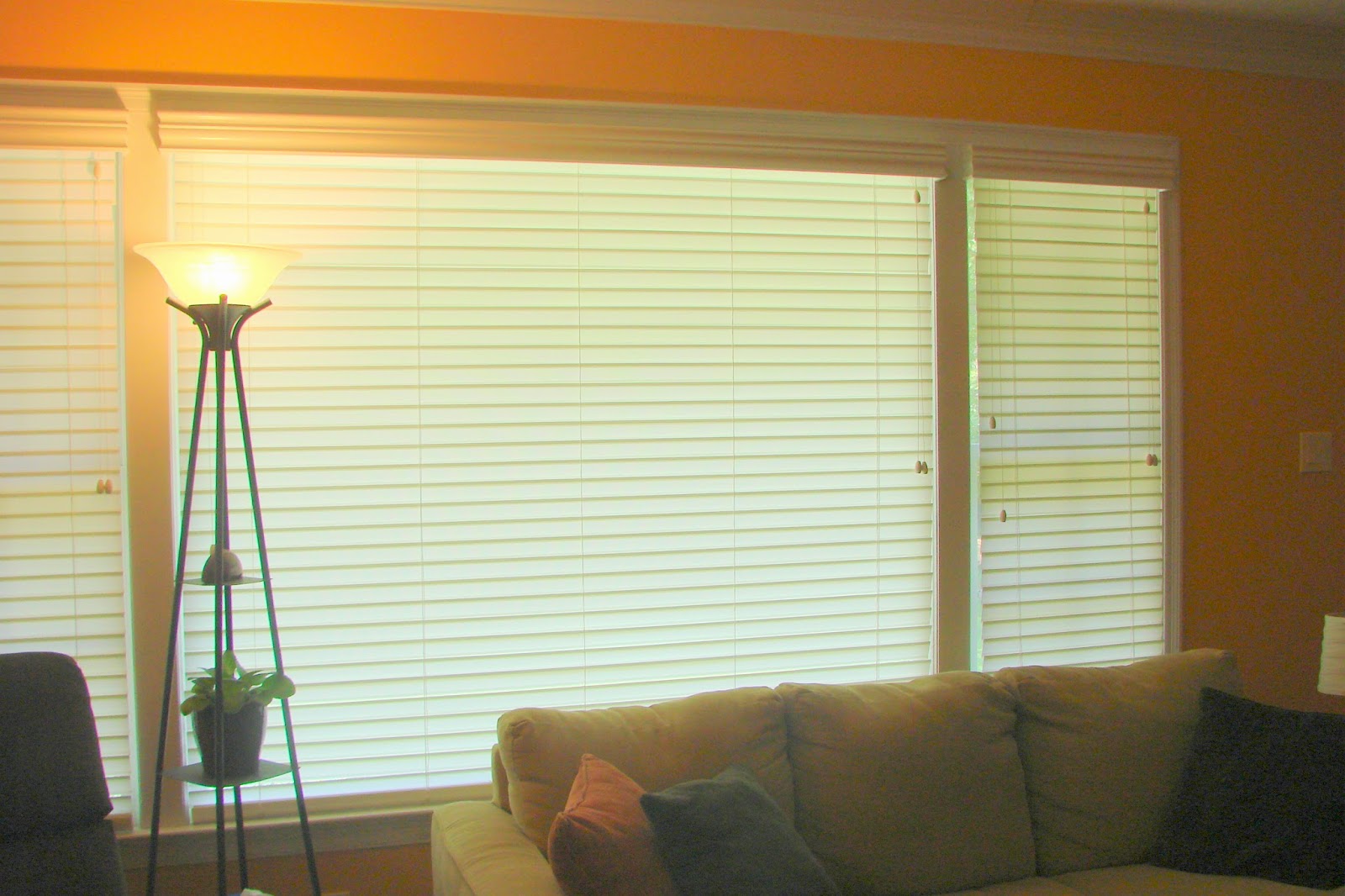 I chose these light-filtering cloth blinds so that even closed light comes in. And white wooden valences to match the crown moulding. 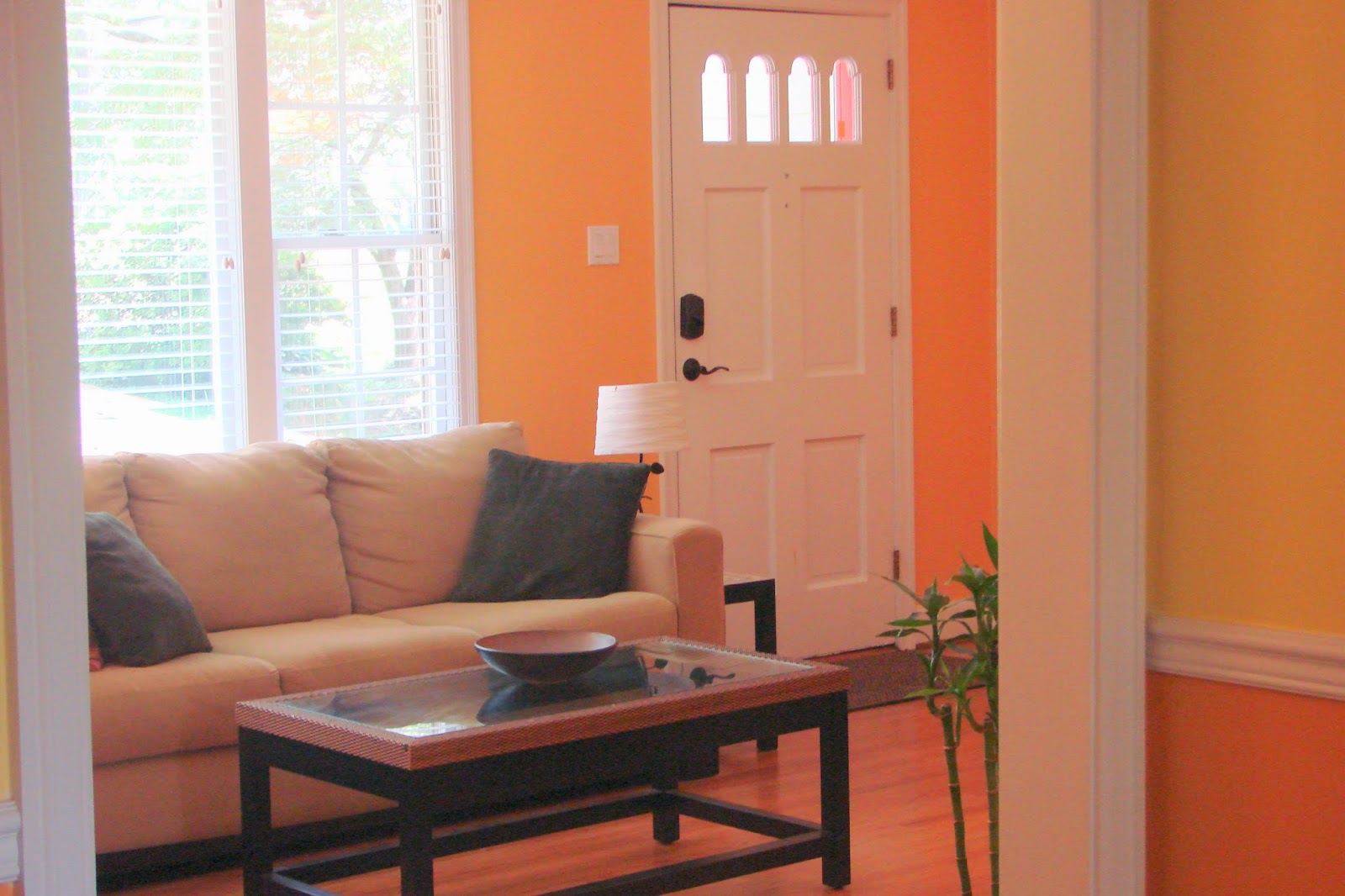 The view from the dining room - opened, the blinds are barely noticeable. I'm realizing the wall colors I chose look very different depending on the time of day of the photo. 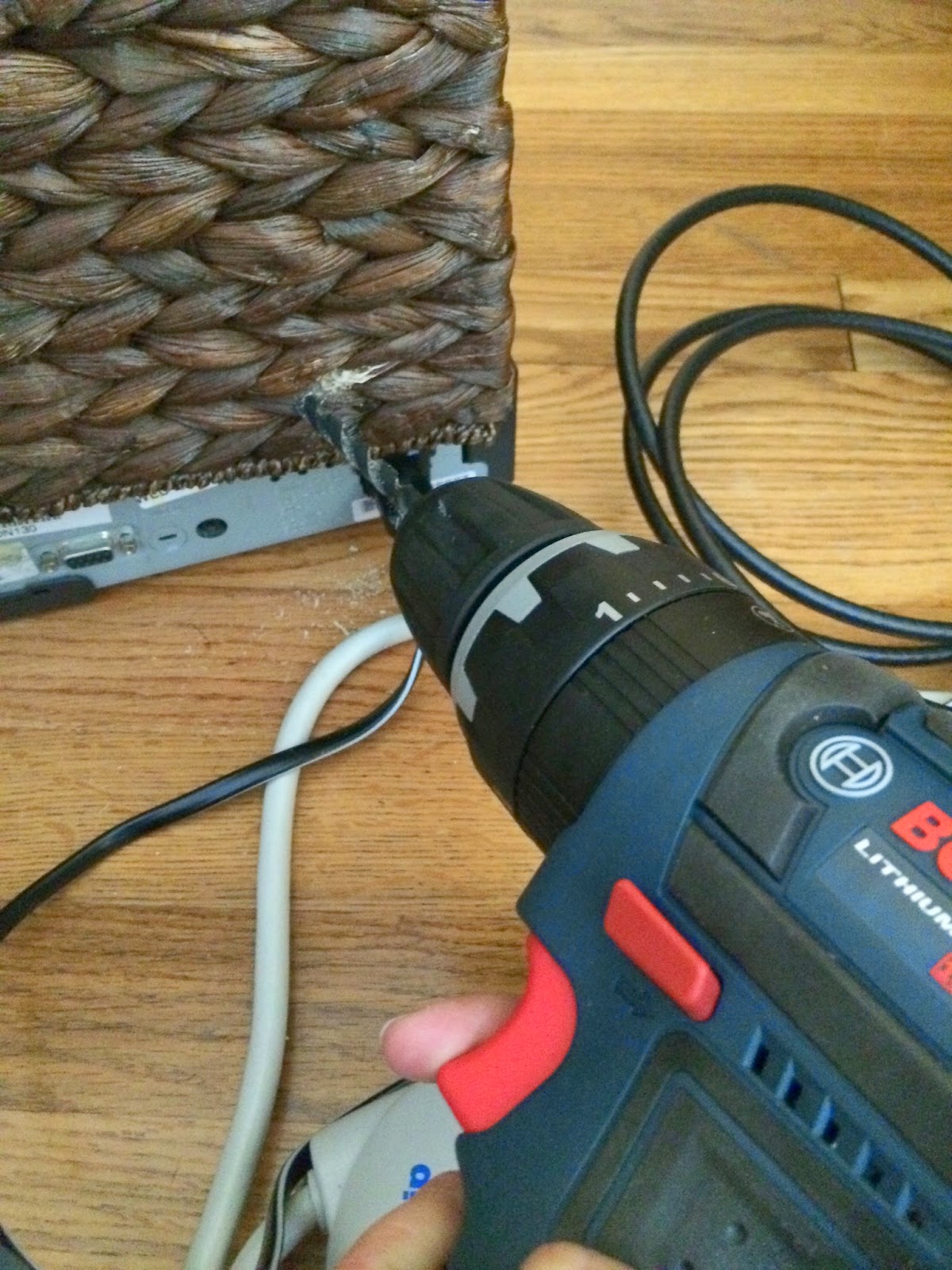 I had someone hang the TV for me, since I couldn't locate the studs, even with a sensor, through the heavy plaster walls. I bought a seagrass basket to hold the DVD player and the cable box, and drilled holes in the back for the cords. 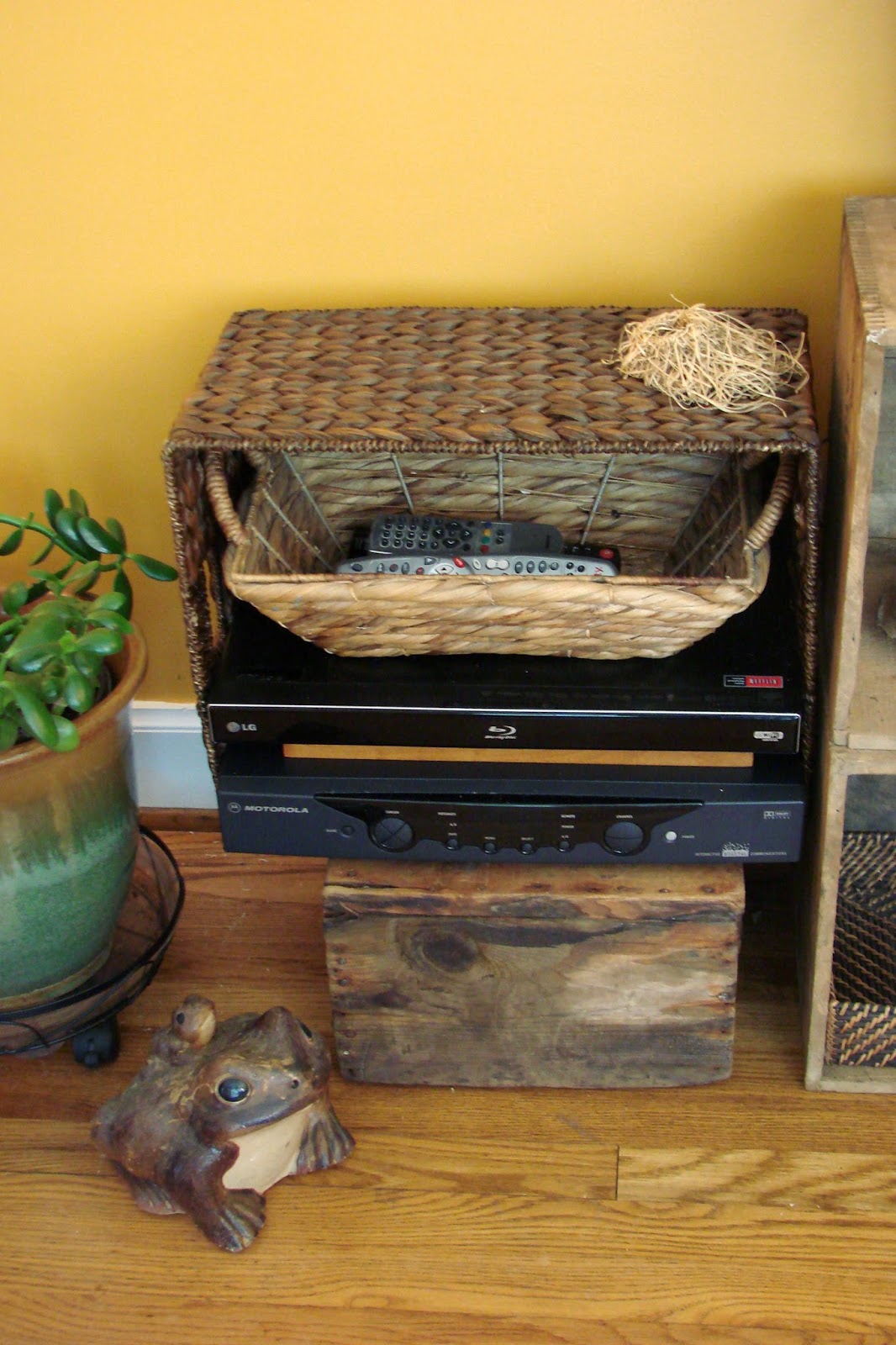 The contractor's assistant is the same one who saved the crystal light pulls for me because they were "old and fancy." He's heavily tattooed and sports a ZZ Top-like beard. As he was helping me thread the cords through the basket he surprised me by saying, "That's very craft-y.  I like it. I'm going to have to do that." Book doesn't always equal cover. 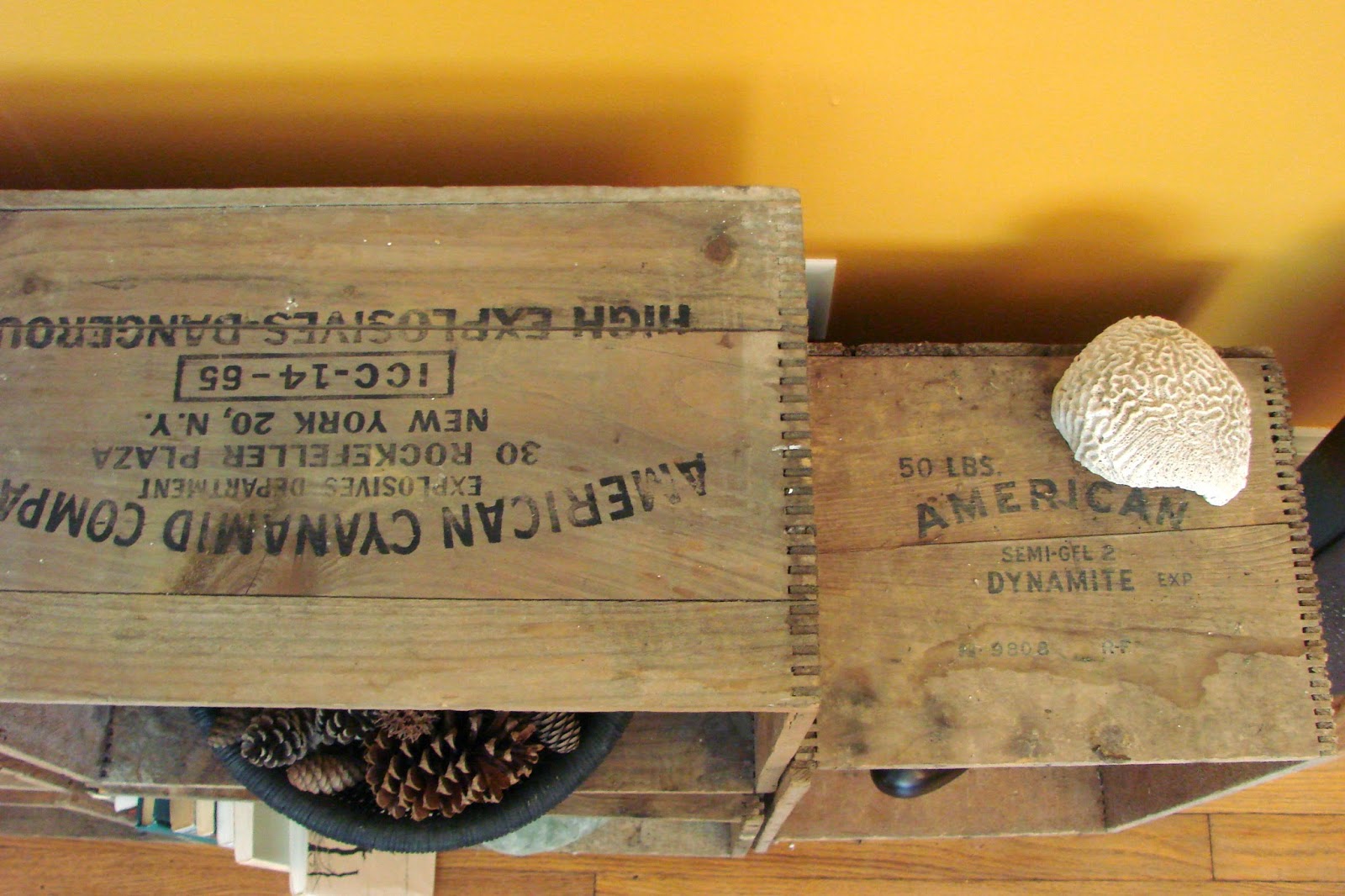 I brought with me five wooden dynamite boxes that I'd found in the bomb shelter of my last house (seriously, you can't make this stuff up) and made them into furniture. Because how often do you see shelves made out of boxes that used to hold explosives? 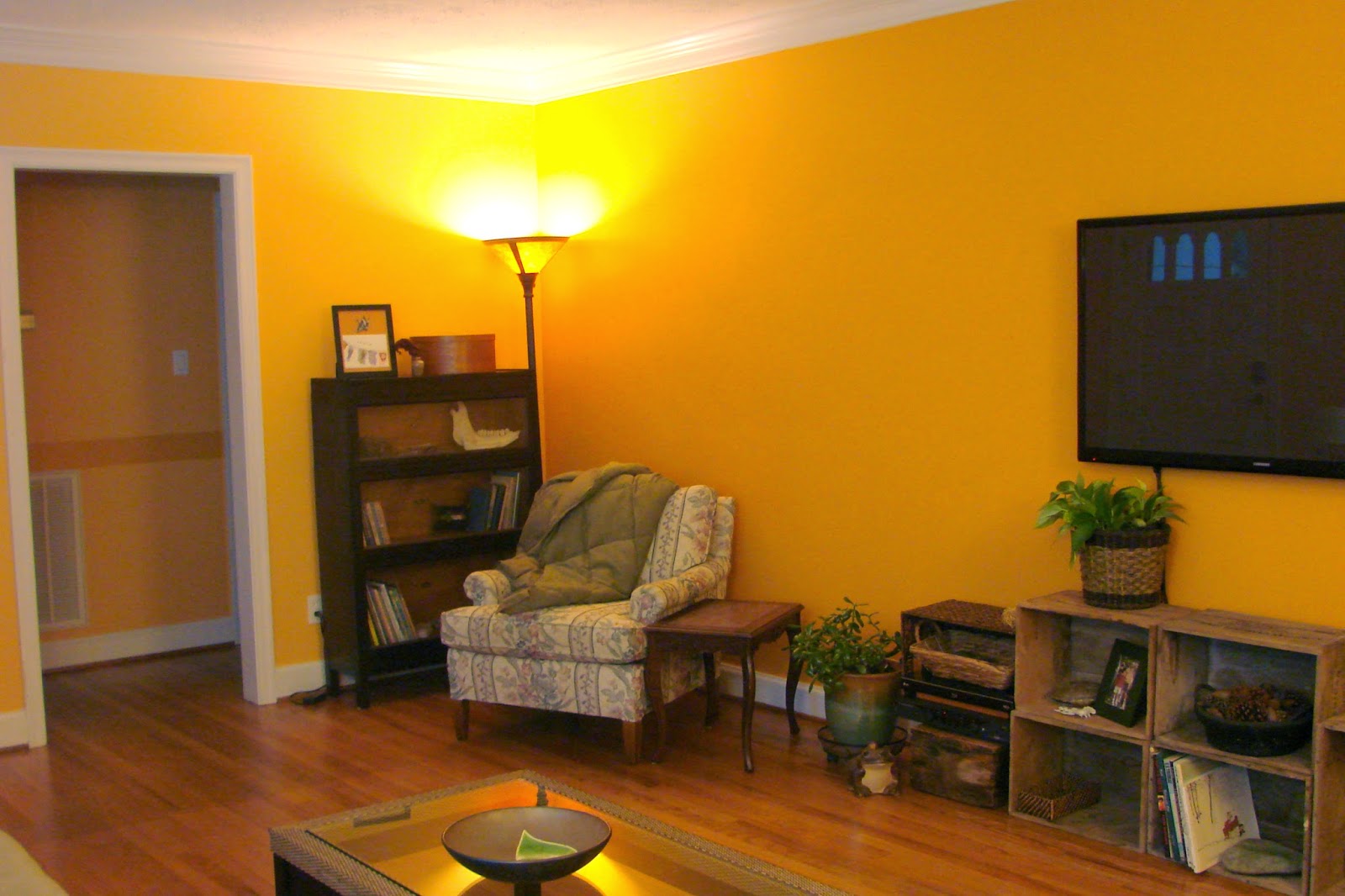 The other side of the room. That glass-fronted attorney's bookcase was another find at the last house. I walked away with some treasures from that place. It feels good to have the boxes un-packed and the piles of stuff gone. Now I don't cringe every time I walk through the room.
Posted by Secret Agent Woman at 3:35 AM