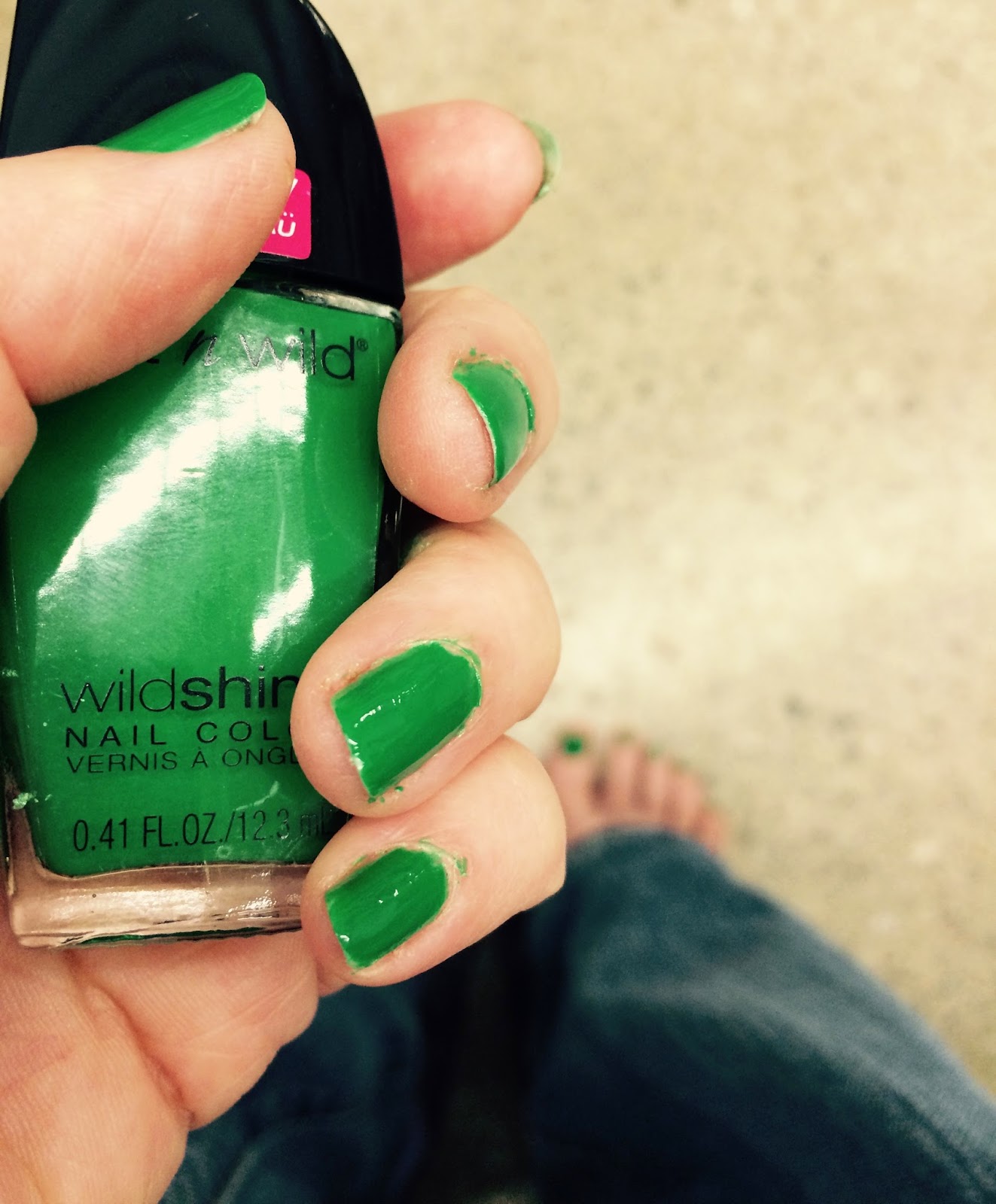 I like to celebrate. So when St. Patrick's Day rolled around, I had to observe that part of my heritage. Which is why I had a "People of Walmart" moment on Sunday morning, when I went to the only auto center open to get the oil changed in my car. As I sat in the dingy waiting room next to the stacks of tires and pallet of motor oil, I painted my nails green with the polish I bought there. The mechanic, incidentally, referred to me as "that girl with the Prius." 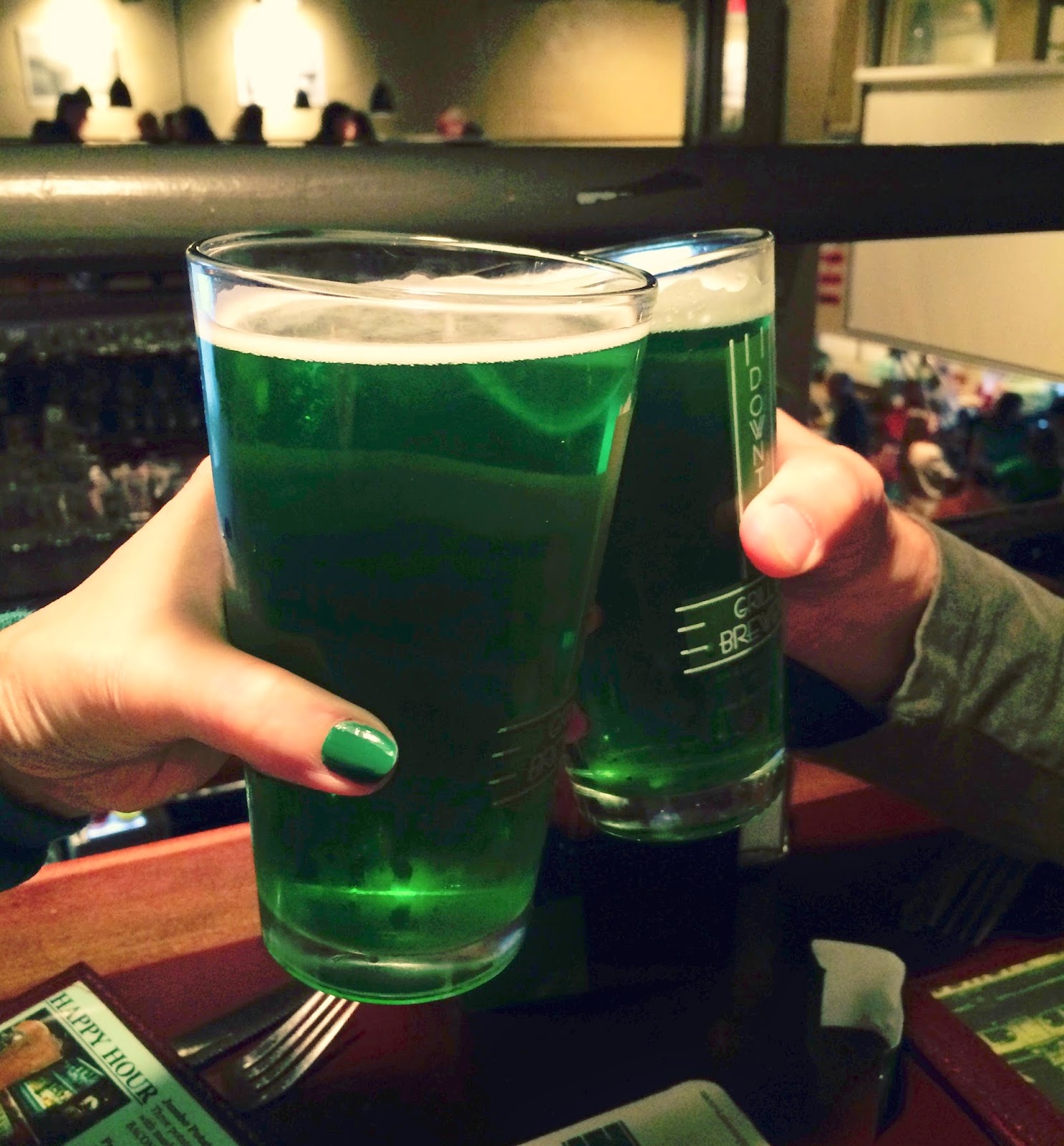 We'd had such a good time going eating outside on the square on the first day of daylight savings time (which I anticipate with increasing desperation as the winter plods on) that we decided to hit the town again yesterday. First up, fish and chips and some rather mediocre green beer at the brewery. The blonde ale reminded me why I usually order IPAs. So bland. But when you're having fun, who cares? 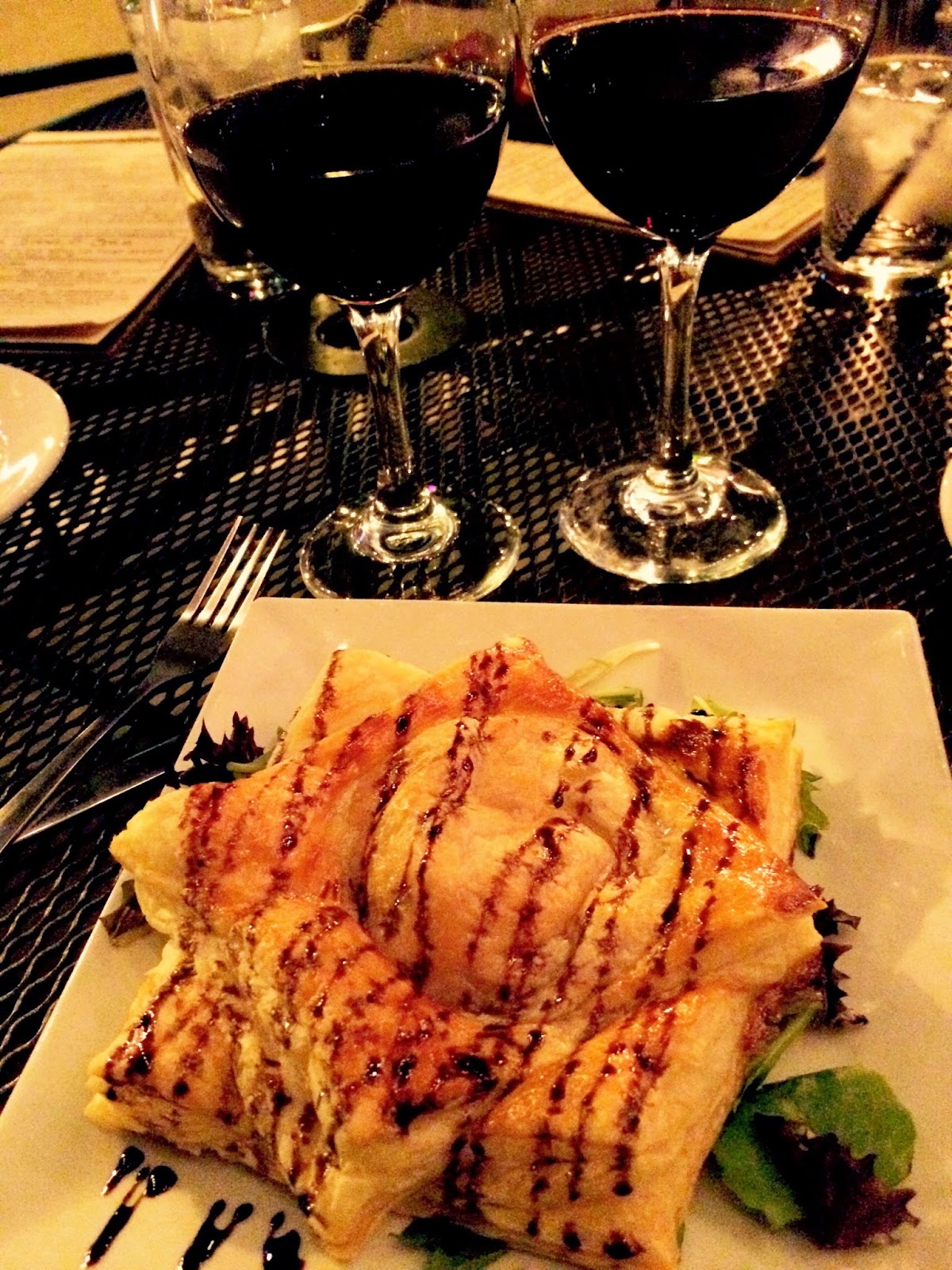 We'd hope to find Irish music going on, but it turns out that happened this past Saturday. Instead, the Old City was having a pub crawl, which meant you had to fork over ten bucks just for the privilege of entering any of the bars to buy a drink. Only one of those bars had live music of any sort and that band was playing covers of the likes of Taylor Swift and Daft Punk. Nope. After a long walk around, we went back to the square and sat outside with an order of baked brie and some wine. Our friendly waiter Mickey, who we suspected had simply adopted the name for the holiday, pulled up a chair to chat with us while we decided what to order. I asked him about the green drink I saw on another table and he walked over to ask those customers what they were drinking. He was the most casual waiter I've ever encountered. 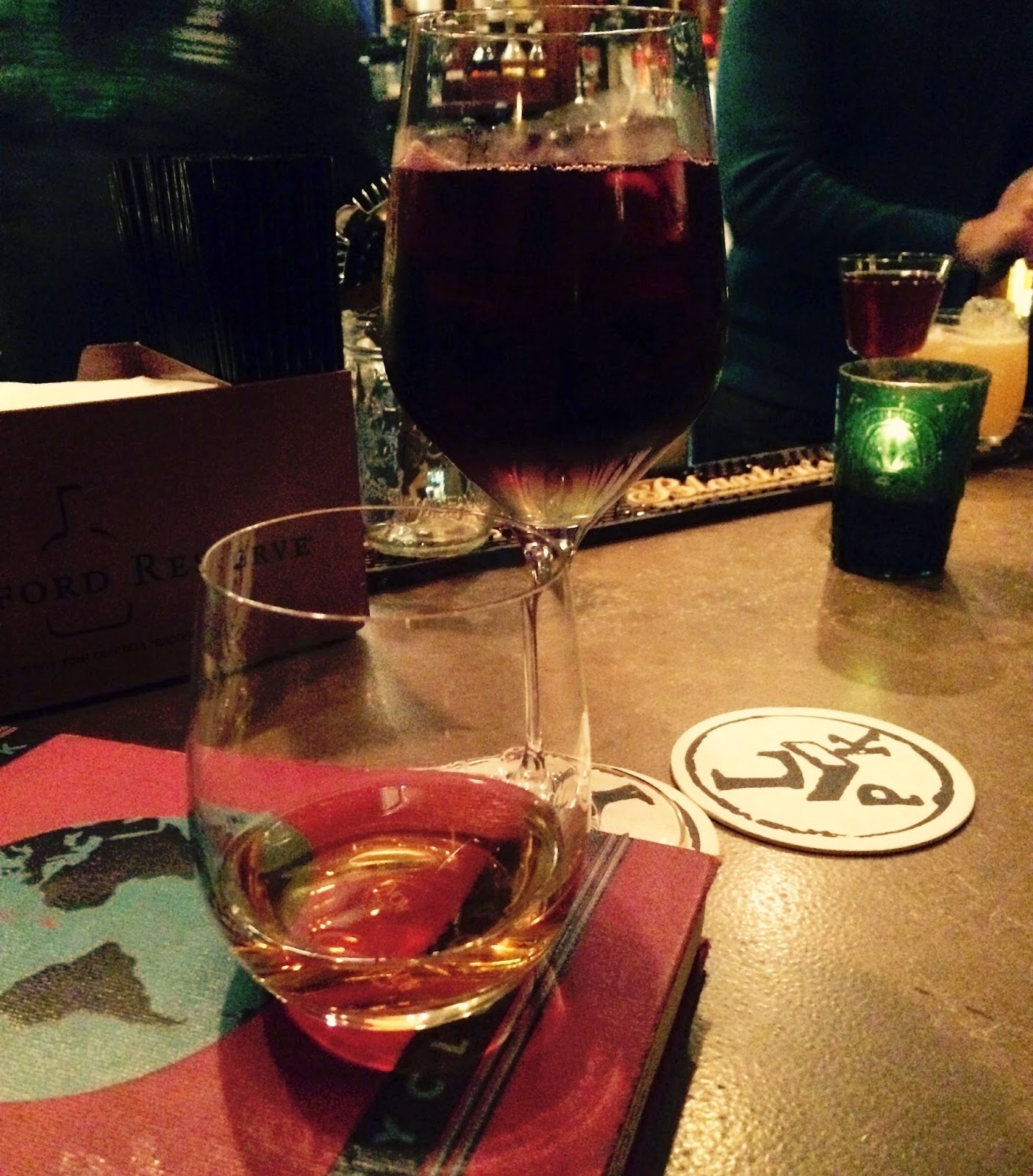 Reluctant to end the evening, we walked over to the speakeasy club hidden behind the unmarked door in a downtown hotel. Finally, the happy crowd we were looking for. We sat at the bar with our drinks (I don't even need the menu hidden in the encyclopedia anymore because I stick with my favorite cocktail, the Mr. Darcy) and giggled as I narrated the goings on of a group of four I named Detroit, Bald Johnny Cash, Middle Eastern Guy and Hipster. We made up stories about all the occupants of the bar because it was such a varied group. At one point when no one had entered or left for a few minutes, I said that the bar was in stasis at the moment and my boyfriend started laughing, saying "Only someone with a Ph.D. would say, 'The bar is in stasis.'" We laughed at nearly everything, in fact. The kind of laughter that had us doubled over and gasping for breath. I was a little sorry to have to leave. This morning as we lay cuddled up, I said, "Hey, did you know that people who have sex two times a week live longer?" He asked, "What about people who have sex ten times a week?" Easy answer. "We'll live forever. It's the secret to immortality." Between that and all the laughter, we should be healthy for a long, long time.
Posted by Secret Agent Woman at 5:32 PM