Back to regular life.

The trip home from Italy was mostly uneventful. Except that while we were in the Amsterdam airport between flights we decided to stop in at the Irish bar for a whiskey, to remember our previous trip. We walked back to our gate to catch our next flight, holding hands and talking. We were clearly a couple. Two tall young Dutch guys were walking in our direction and as we passed, the closer one leaned into my face, made eye contact and said softly, "Hey girl." And kept walking. My husband and I looked at each other, flummoxed. He said, "Um, am I supposed to kick his ass now?" We both laughed and continued on to our gate. It was an odd but funny ending to the trip. 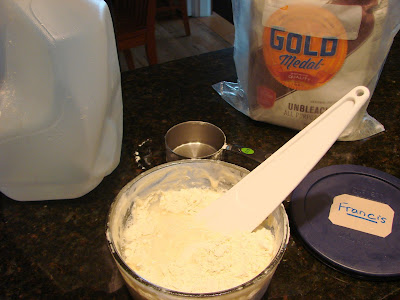 There was so much to do when we returned - putting away things from the wedding, writing thank you notes, catching up on gardening, returning to work. So naturally I decided I should learn how to make sourdough bread. I started working on making a batch of starter, which I dubbed Frances. Okay, at first I called it Francis, after St. Francis, because sourdough makes me think of San Francisco. But later I decided that something that gives life should have a female name and I changed the label. I had read that it is traditional to give your starter a name. 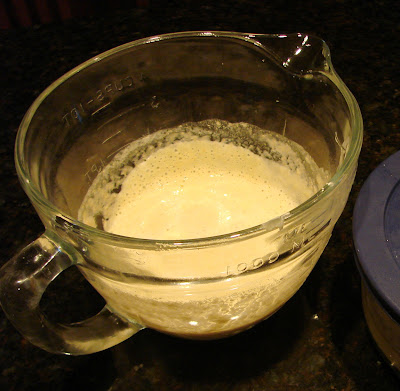 I spent a week feeding it every night and once it was ready, made the first loaf. That involves taking half a cup of the starter out of the fridge two nights in advance. I put it in this old glass measuring cup with a quarter cup of flour and a quarter cup of water and let it rise until the next evening. Some people pour off the liquid ("hooch") that forms but I stir it in because I like the flavor. 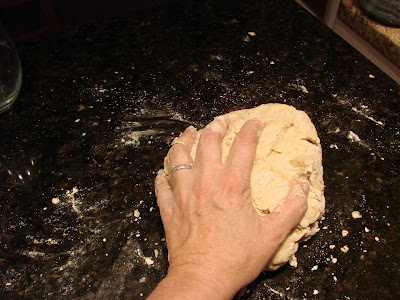 The set-aside starter is mixed with whole wheat flour, water, and a little olive oil. 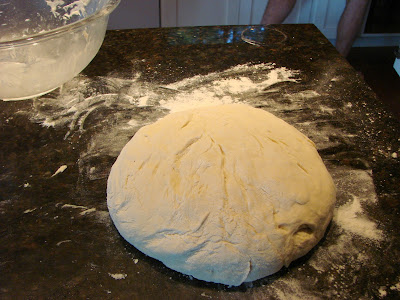 That's it. The wild yeasts in the air that make the starter a living thing take it from there. 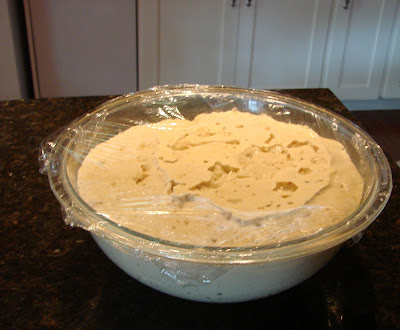 After another night, the dough has grown and abandoned its ball shape.  I have been letting it rise in the garage where it's a little warm and it expands like crazy. 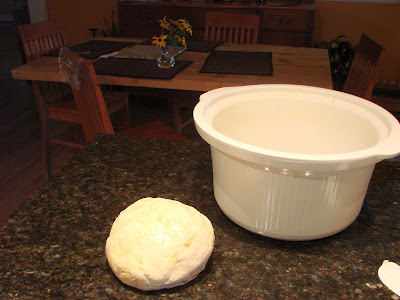 The bread gets folded down and left to rise again for half an hour. And then into a ceramic crock to bake. I put in a bowl of water in the oveb next to it to provide a little steam. 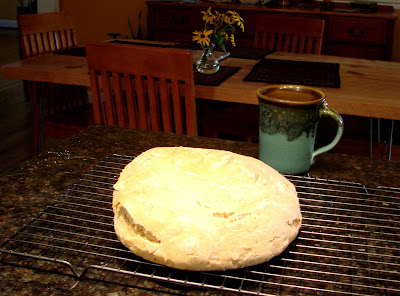 The first loaf I made was pretty flat and dense, but I've been gradually improving as I figure out what works best. I have to say, it's pretty good. And good for you, since it's all whole wheat (except for the starter). My younger son loves it and I frequently seeing him cutting a fews slices for himself. I think this new hobby is going to stick.
Posted by Secret Agent Woman at 1:33 PM