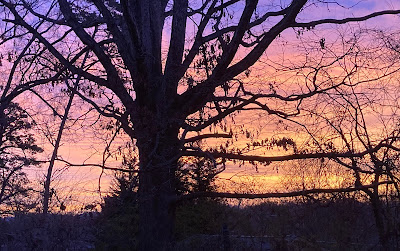 We're at that time of year when the weather is so incredibly variable. Some days dawn cold and gray, others clear and warm. We had a morning recently that immediately brought to mind the old saying about "Red sky at morning, sailors take warning." 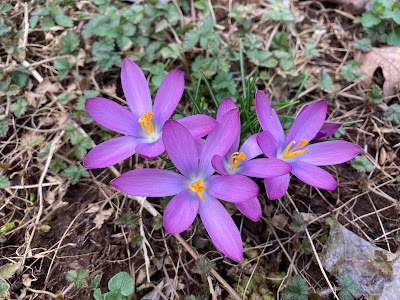 In my yard are the early signs of spring, with crocuses and snowdrops blooming and daffodils starting to emerge. 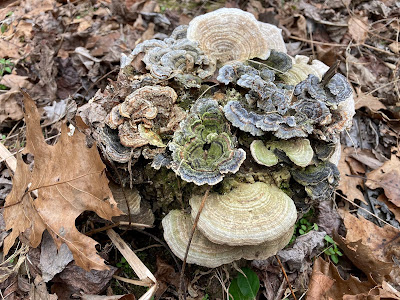 Up at the Ridge, which is at a higher elevation, it still feels more wintry. But there is still a lot of beauty to be found in the muted colors of the leaves and fungi. 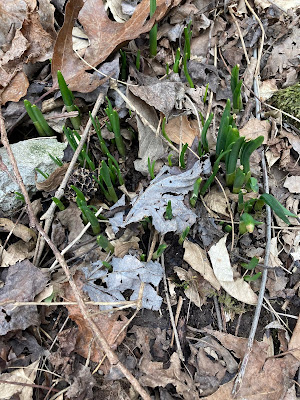 And there are at least a few signs of change ahead. I have no idea what these bulbs are, but they were in the path of a fence we are building so I moved them out of harms way and am watching to see what they develop into. 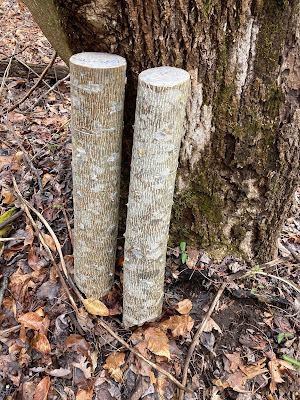 My younger son and I inoculated two logs with mushroom spores this weekend - one shiitake and one oyster. He cut down the tree for me and drilled all the holes and then I pounded in the spore plugs and sealed them with melted paraffin wax. I have another two logs ready to do with my stepdaughter. We've put these two in the woods up at the ridge so that they can develop in the shade. Apparently it takes many months before we will get mushrooms, but they should produce for several years. 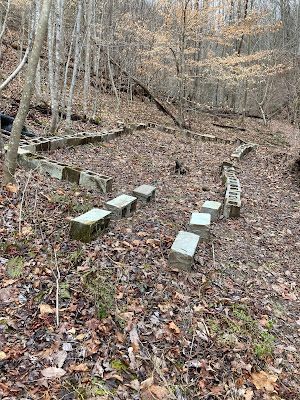 I've also been working on another long-term project - chickens! I have to tell you, I'm having  a hard time waiting on this one. We've cleared out an area in the woods and I lugged a bunch of cinder blocks up the hill to mark the outlines of the run and coop. The blocks will eventually go on the part of the fence that forms an apron around the run to stop predators from digging their way in. Today we rolled these back out of the way and my husband used the auger drill to start making the holes for the fence posts. We can't really get chickens until we are ready to build next year, but we are going to take our time building the coop and run this year. 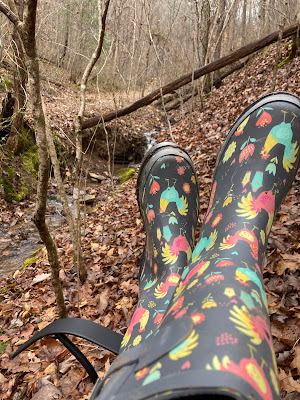 Since we are getting a lot of rain and it's pretty muddy, I decided to get a pair of inexpensive rubber boots for working so that I wouldn't wreck my good gore-tex Scarpa hiking boots. I was planning on plain black, until I saw a pair that were entirely out of character for me and bought them. Because chickens! They make me smile every time I look at them. I won't get a chance to go back until next weekend, but I'm already itching to get to work up there.