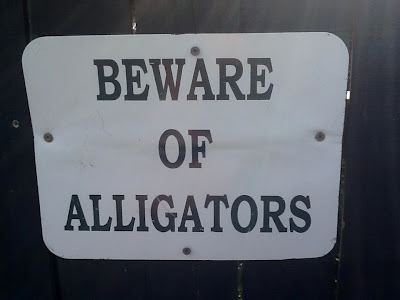 A block from where I was staying a couple of weeks ago, I saw one of these signs. Well, okay. 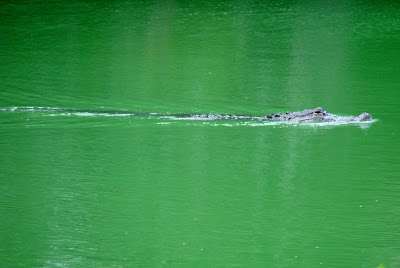 I ran around to the side of the canal and looked over the short fence. They weren't kidding. 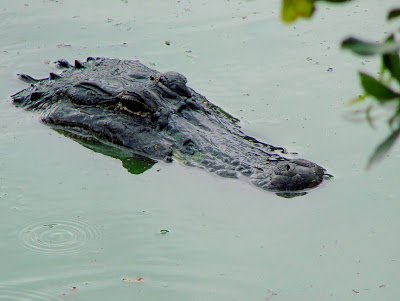 This particular canal was frequented (that I saw, anyway) by three smallish alligators about a a couple of feet long, a larger one that was about six feet long, and by a whopper that was a good eight feet. 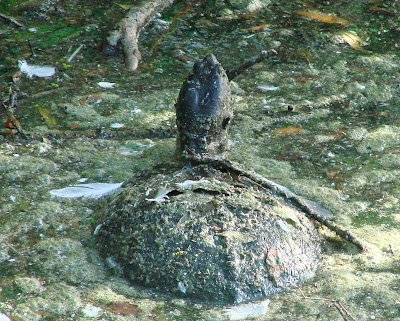 The turtles were partly camouflaged by the muck in the water, but kept their heads up when a gator came around. 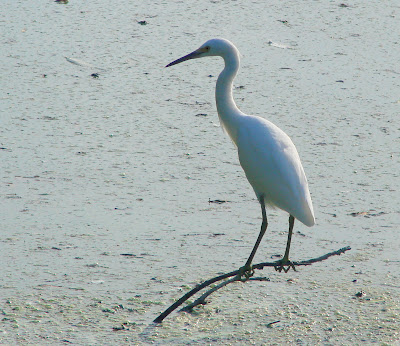 I was surprised that some of the birds were willing to sit so close to the water.  Sure, there had to be plenty of bugs, but didn't this also put them in easy range of the alligators? I noticed, however, that they'd move to higher branches when there was trouble swimming by. 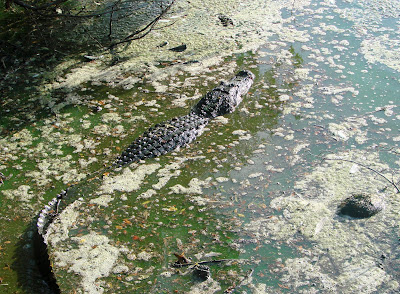 Trouble like this guy. See the rounded back of that big turtle on the right? You would not catch me that close. 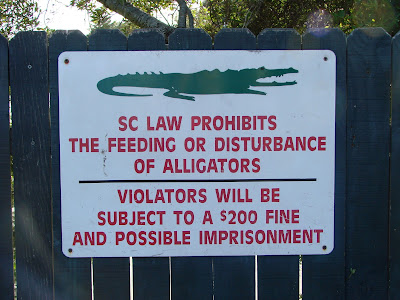 Not a problem - I had no interest in feeding or harassing. The strange thing was that the fences were only short lengths, with easy access out of the canal on either side. In fact, one person told me that earlier in the week a gator had been spotted in the road. I kept my eyes open each time I approached, checking the brush in the area before getting to close. But I was drawn back over and over, a few times a day. Of course, I'm the sort of person who had a pet python.
My second day there, I caught this alligator on video.  The first minute is slow, then it gets a little crazy as I am startled by the gator's sudden lunge at his prey.  I emailed it to a friend of mine and he said, "Was that you cursing at the end?"  Well, if you counting laughing and saying, "Holy shit!" as cursing, then yes. 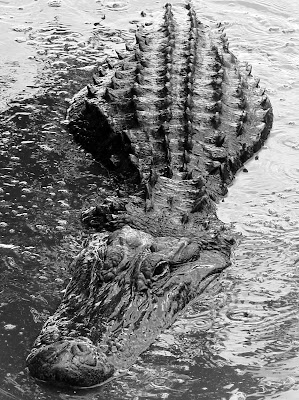 Big, primitive killing machines.  I find them fascinating.
Posted by Secret Agent Woman at 6:43 AM