This photo of the back of the house was from the pictures when the house was for sale. The little door leads to the crawlspace and the white fence adjoins my neighbor's fence. 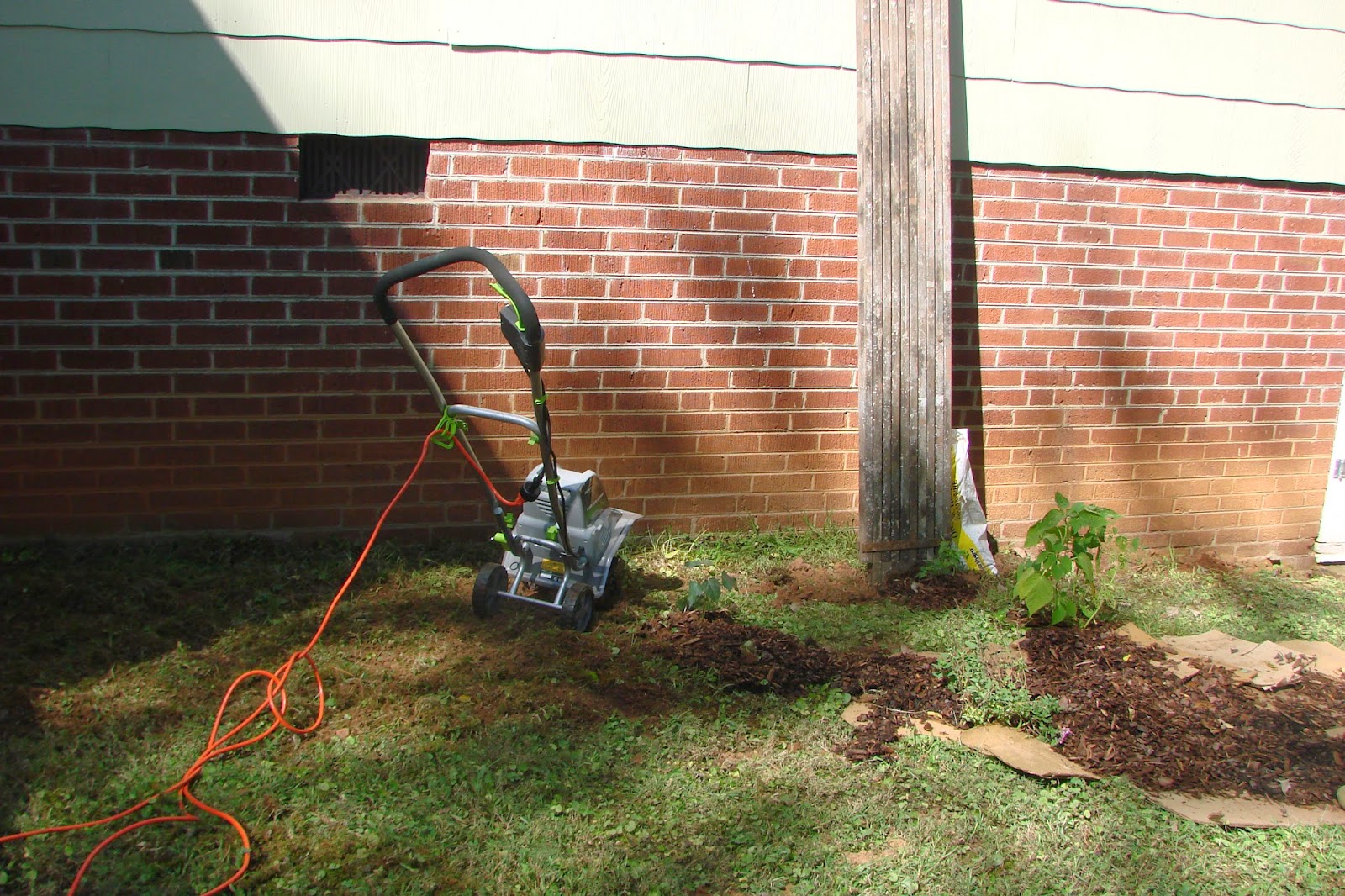 I was going to leave it alone, but I have this tiller and a weird amount of energy. 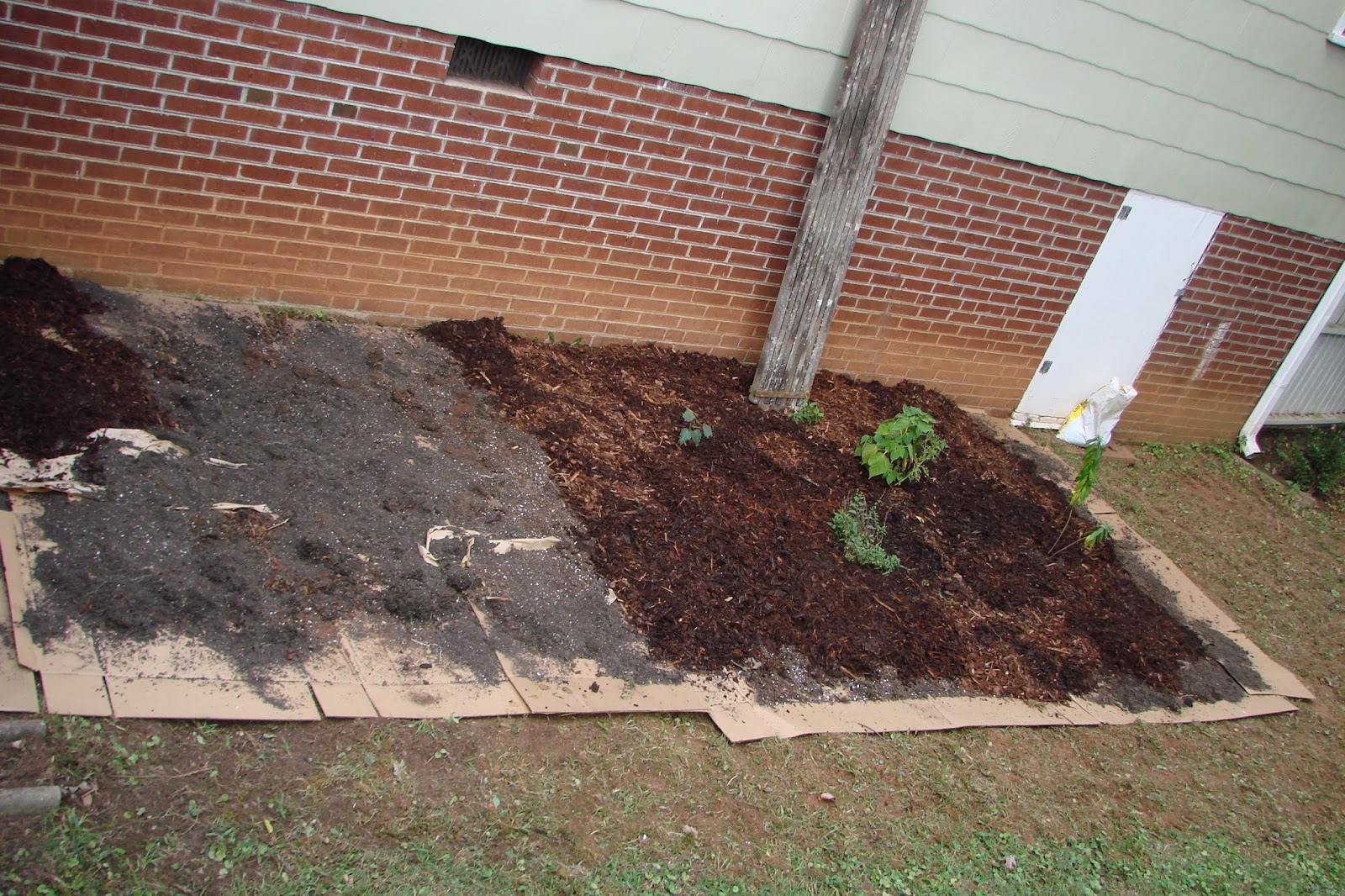 The idea started when I found that wooden walk board, used with scaffolding, under the house. Meant to be a trellis, obviously. I have a Sweet Autumn clematis at it's base, which should have loads of fragrant white flowers. I was out of cardboard, so I had to add a section at a time as I acquired more. 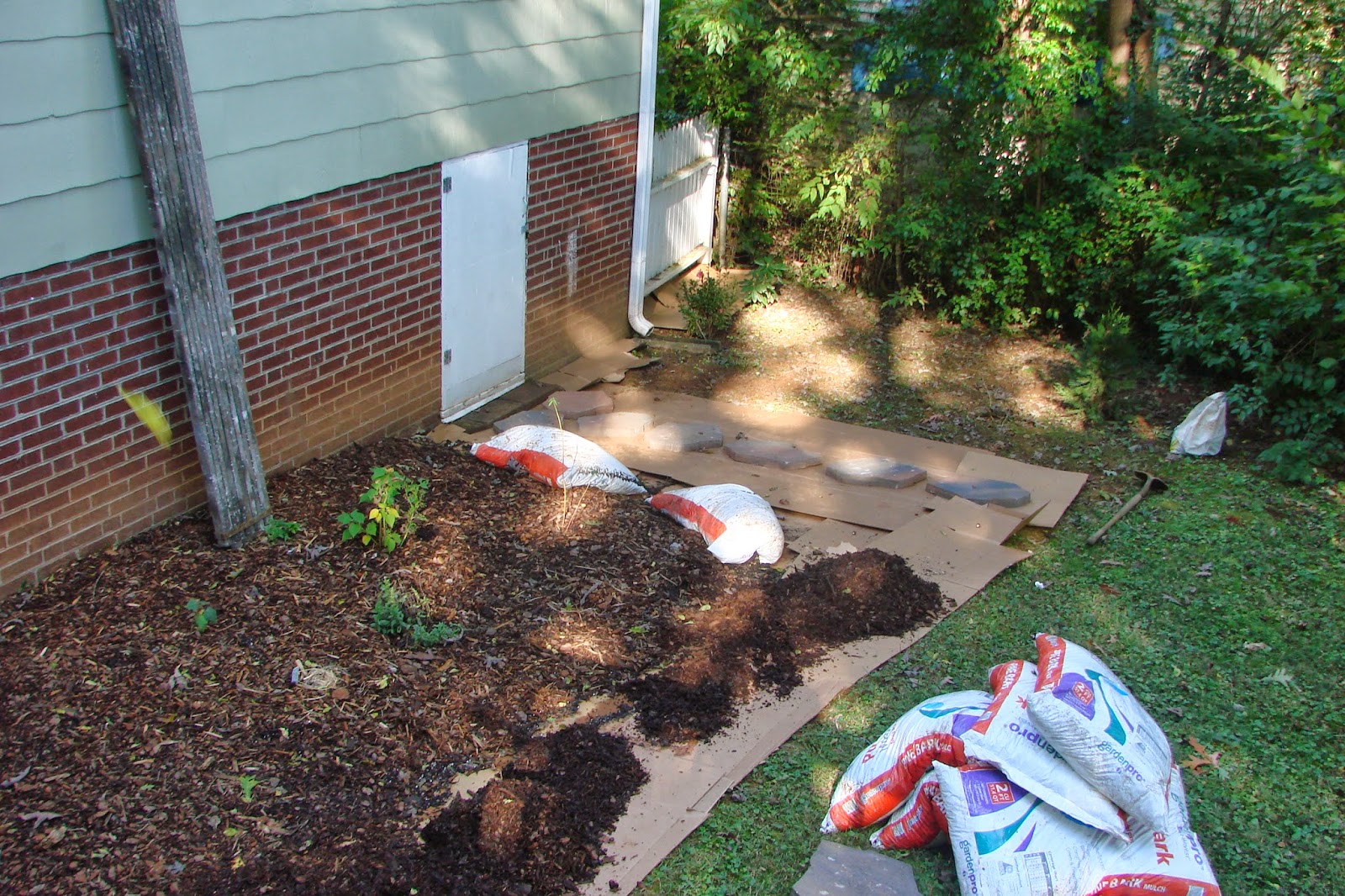 In all the front beds, I used the original two truckloads of hardwood mulch. But for this back bed, I bought bags of pine bark mulch because I didn't need a whole truckload worth. And it was easier to transport to the back yard by the bag. 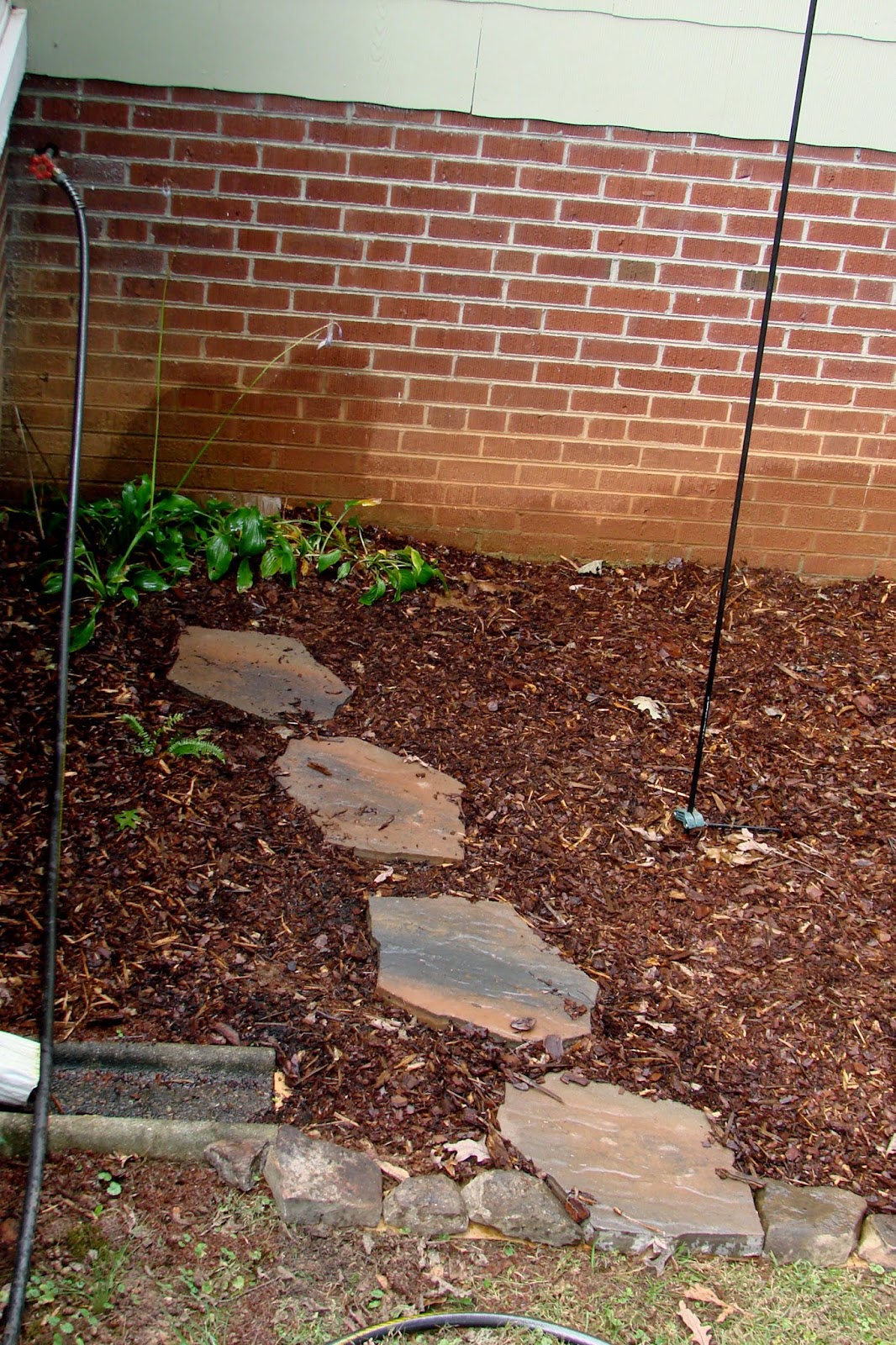 I just bought some cement pavers since there were just two small paths I needed to make and I was running out of the other flat stones. The first is a path to the water spigot. More transplanted hostas are in the corner, along with some ferns (most of them still hidden, just planted as tubers). 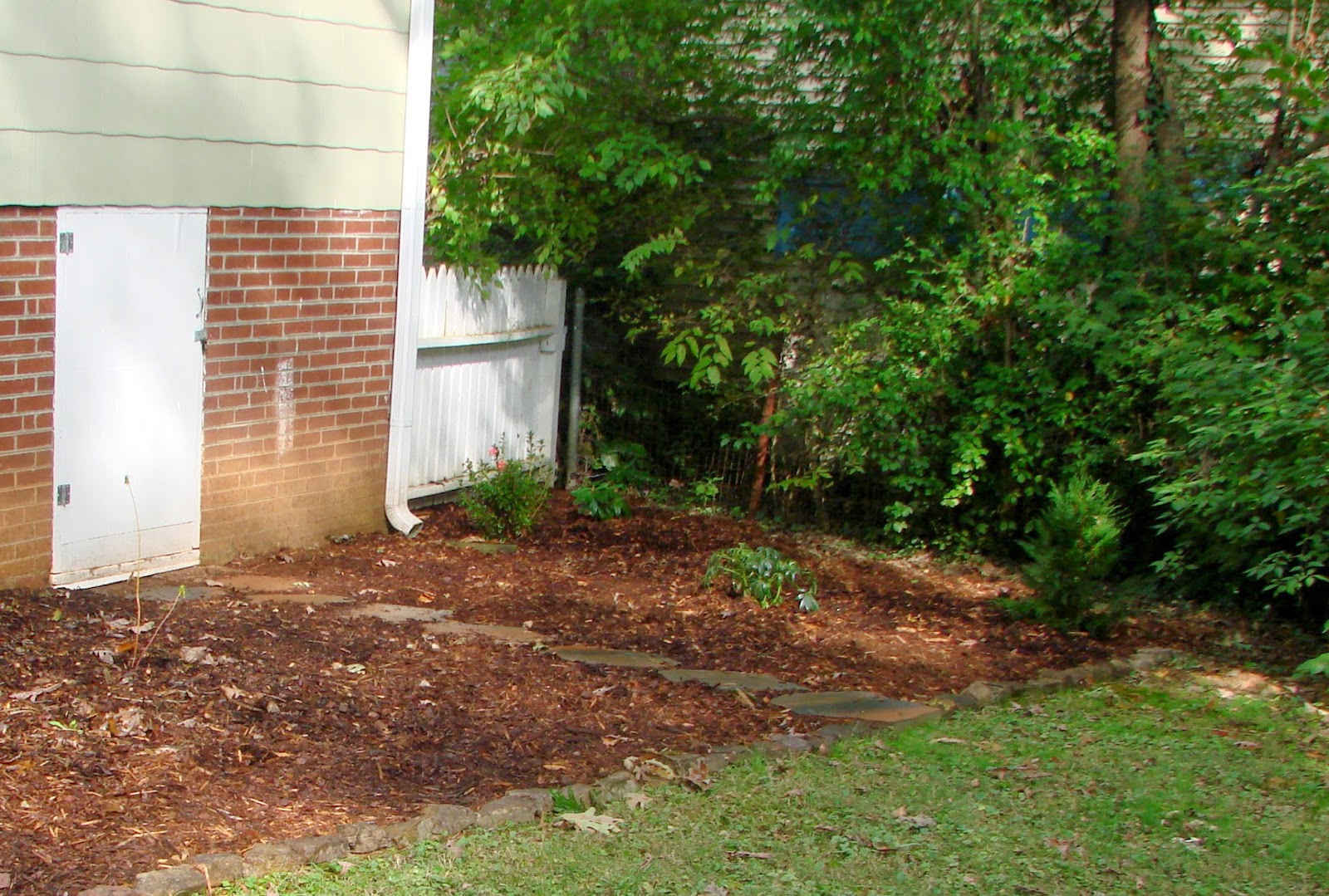 The other path goes to the crawlspace door. In the corner shaded by the huge oak are an azalea and rhododendron. I have various bulbs in the bed as well. 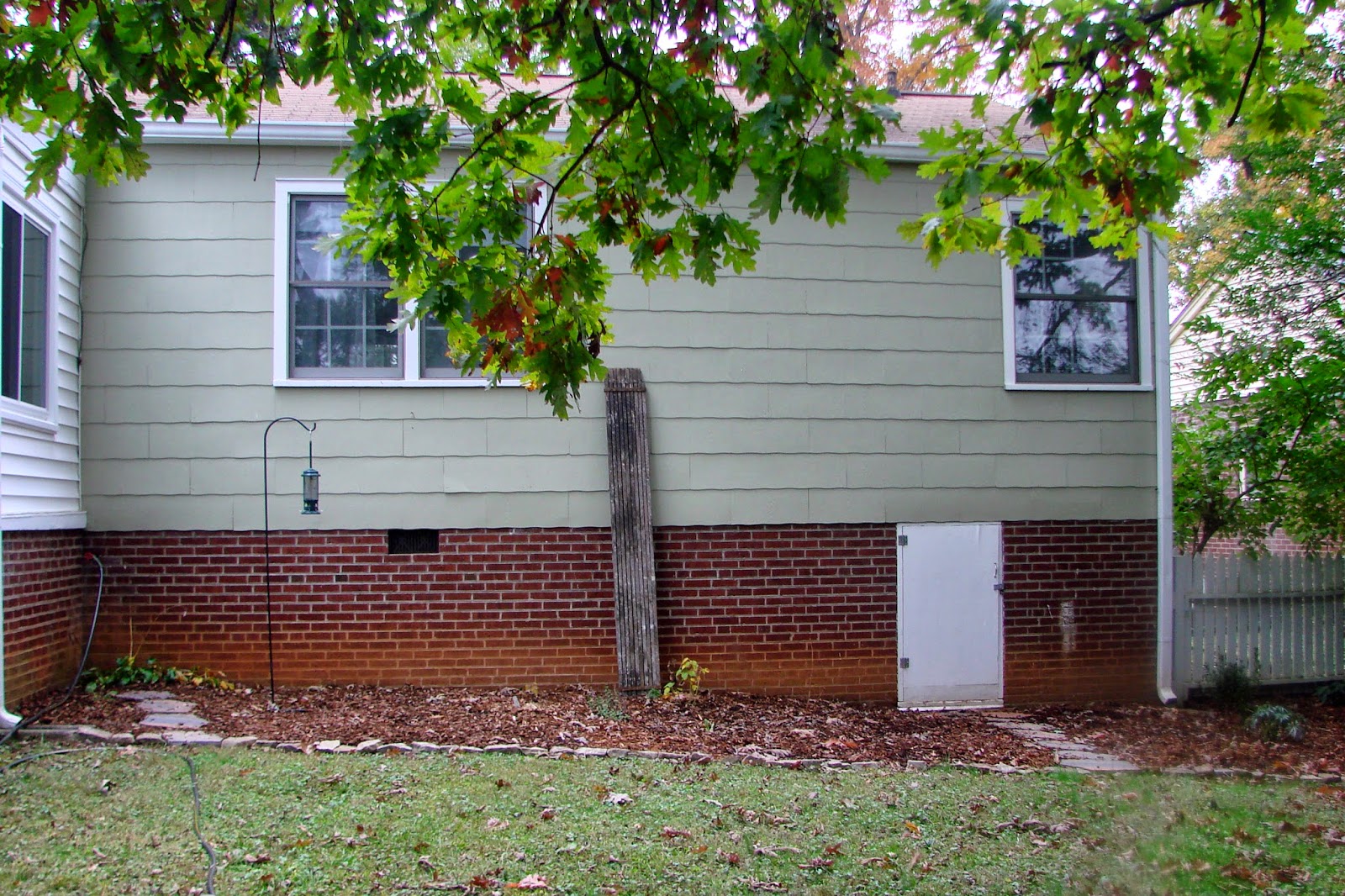 The "after." I don't plan to do other mulched beds in the back, but at least this one, once the plants fill in, will look a little less barren.
Posted by Secret Agent Woman at 5:58 AM