So the classes I said I was taking... 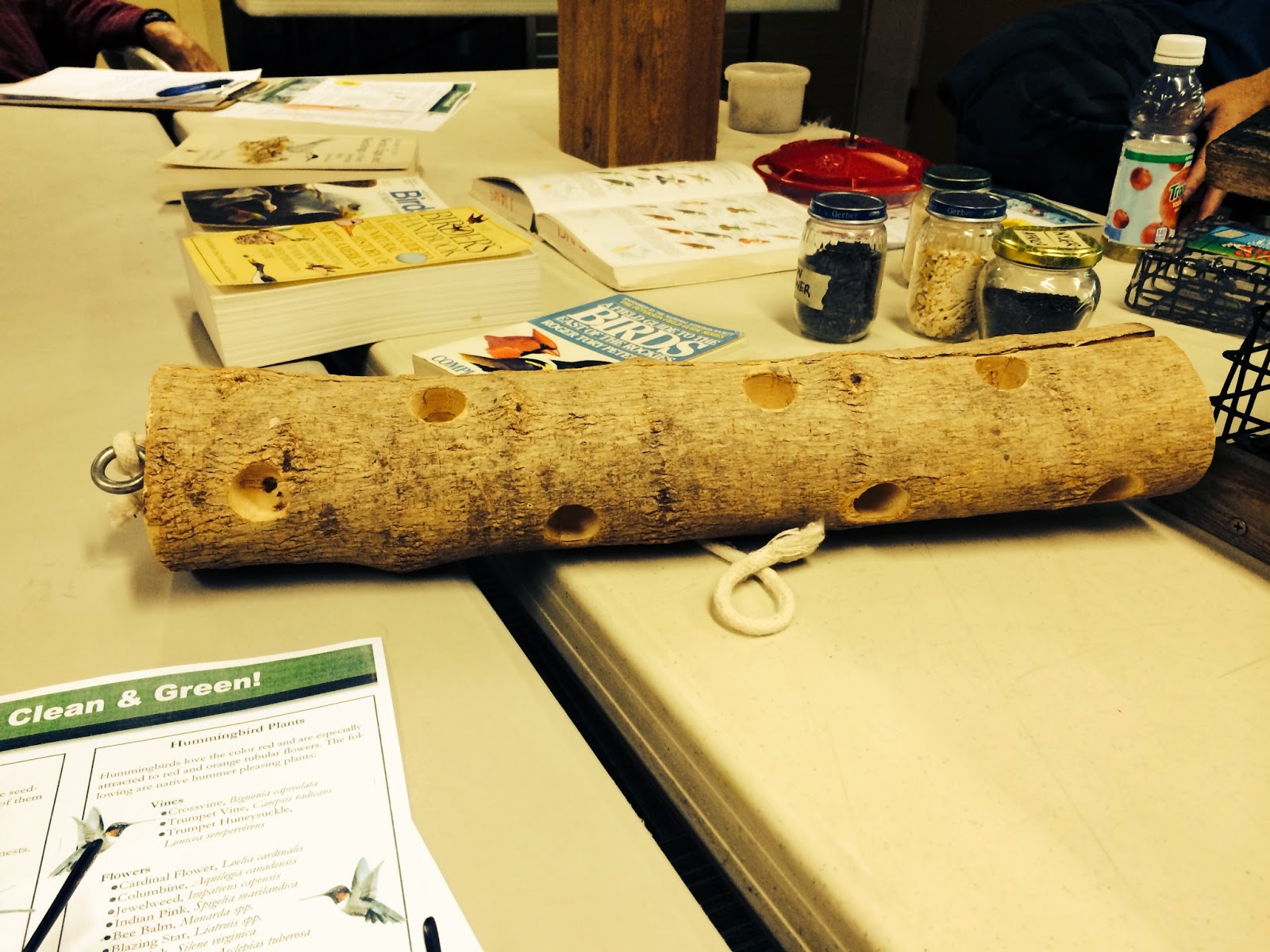 So far, I've been to a couple of Saturday classes at the local nature center. One had a $5 fee, but it included the center's breakfast. I had pancakes, a slice of egg and potato bake, fresh fruit and coffee. The class was on making a bird-friendly yard. We learned about the best hummingbird feeders to use (ones which discourages wasps and ants and allow for the little hummers to perch) and how to make a woodpecker feeder. 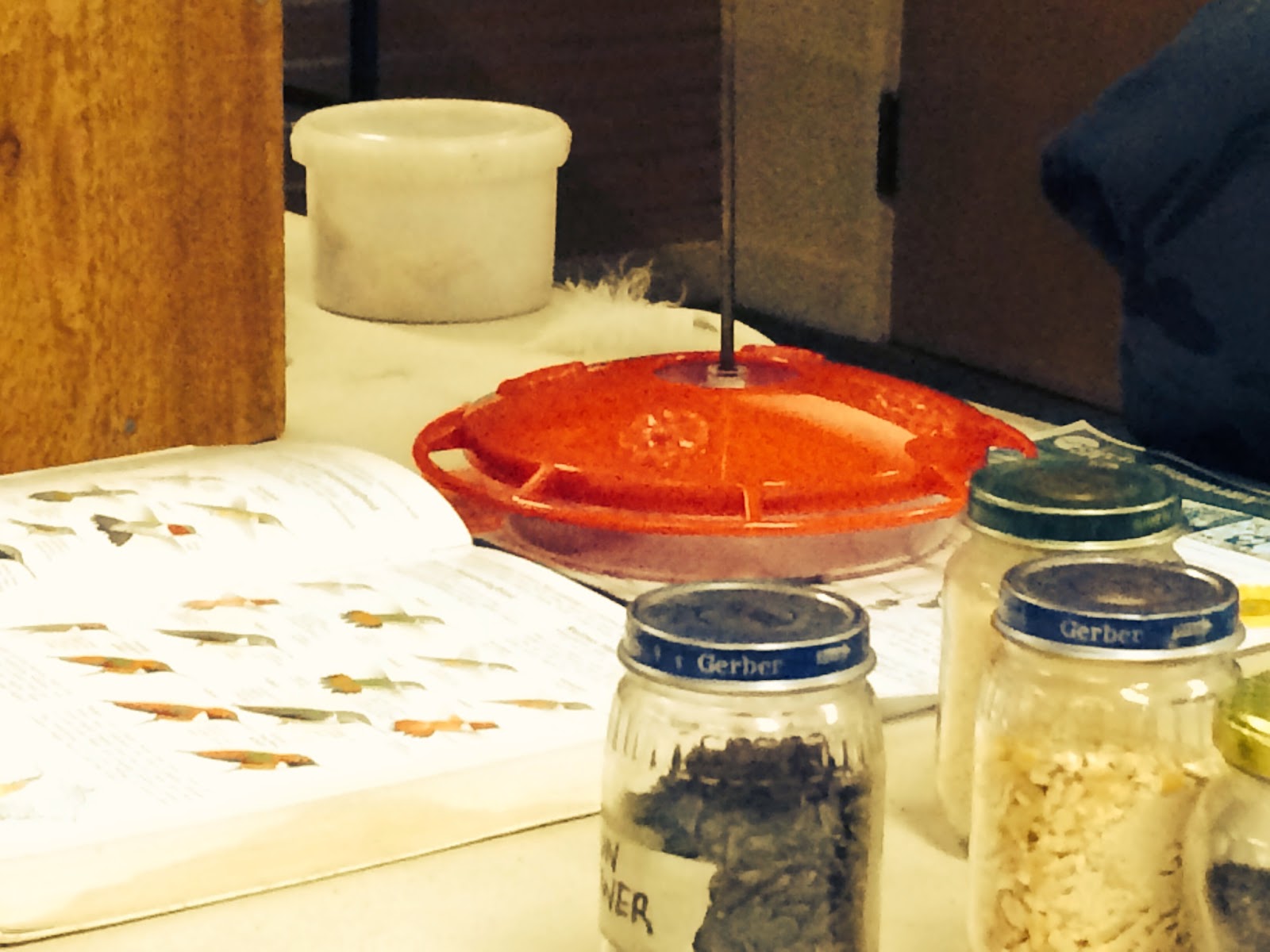 And all kinds of interesting facts about local birds. For instance, the history of brown-headed cowbirds. I once had a Carolina wren nest with cowbird baby in it and I'd contacted a cowbird specialist on-line to learn more about how cowbirds deposit eggs in the nests of other birds with smaller babies so that the parents will be duped into feeding it. What I didn't know was that cowbirds were originally called buffalo birds and they followed the herds. When the US massacred the buffaloes to disrupt the Plains Indians and break down their culture, the birds adapted by becoming cowbirds. Now they are a pest since they replace the eggs of songbirds with their own, at the rate of 30 or so a year for each cowbird! 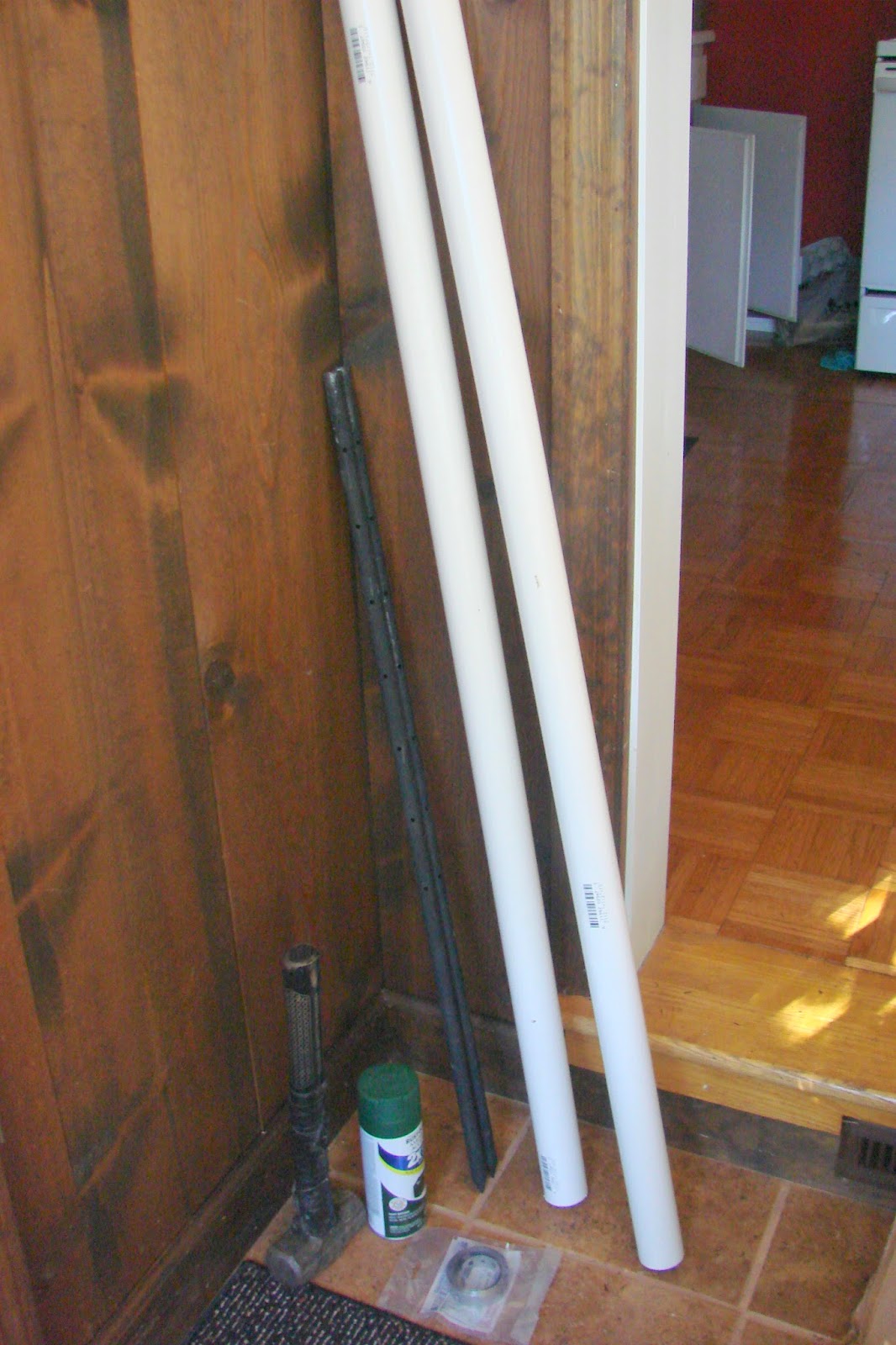 We also learned about how to make a birdhouse snake- and raccoon-proof. This was something I just had to try, so I bought a couple of cedar bluebird houses and materials to make the stands. Iron stakes hammered into the ground and then covered with a length of PVC pipe (I bought a 10-foot piece and had it cut in half). I was going to try to attach it with a metal bracket, but ended up just drilling holes into the PVC pipe and connected it to the back of the box that way. 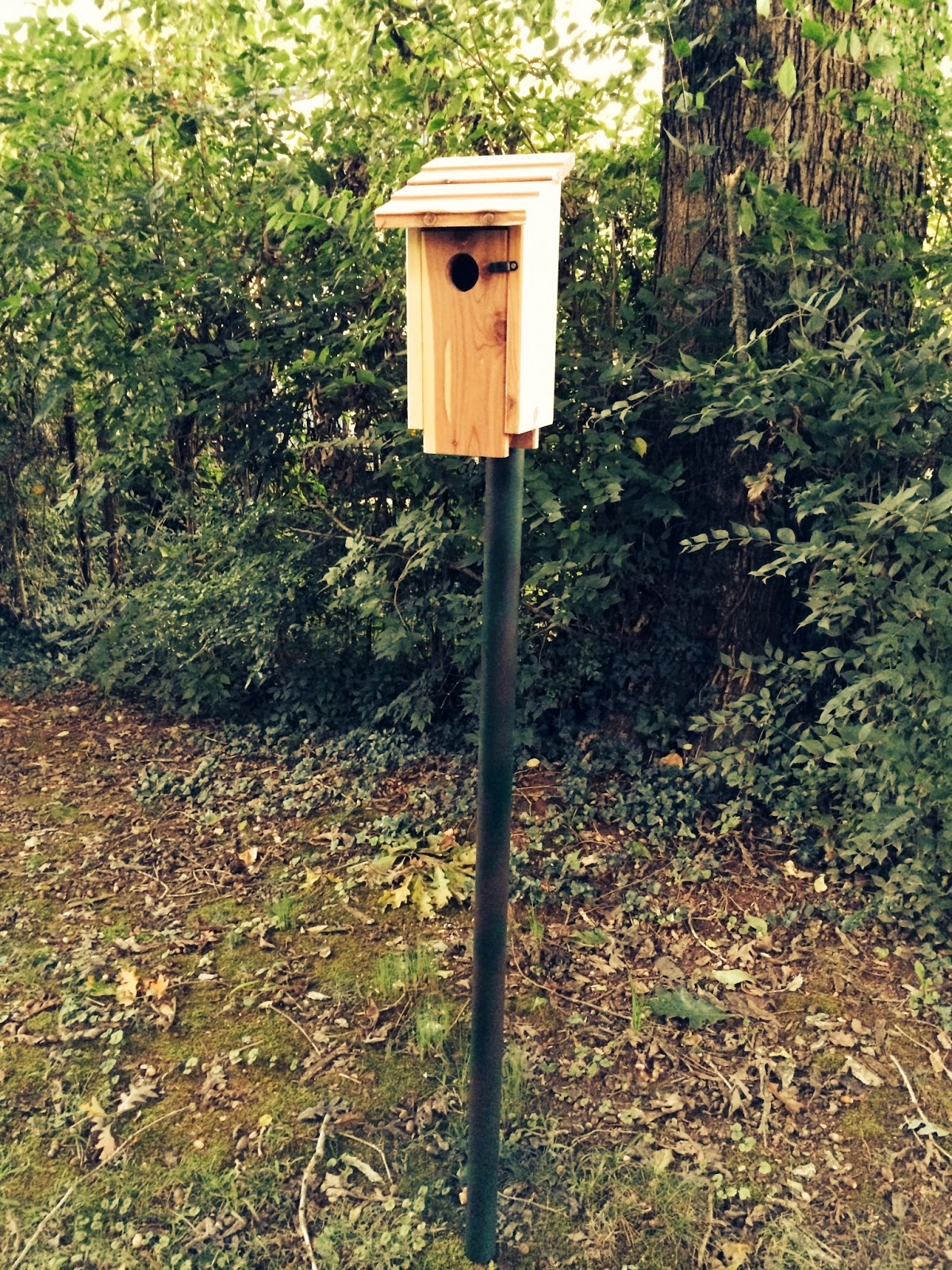 And so the stand would look less plumbing-like, I spray-painted it green. When I'd commented in the class that it would help to paint the pipe, someone joked that I could do it in camo. I decided that wasn't a bad idea, and added brown randomly to make it blend in even more. I have two of these houses up now in the back yard. And although nesting won't happen until spring, birds use empty houses to take shelter from the cold in the winter. 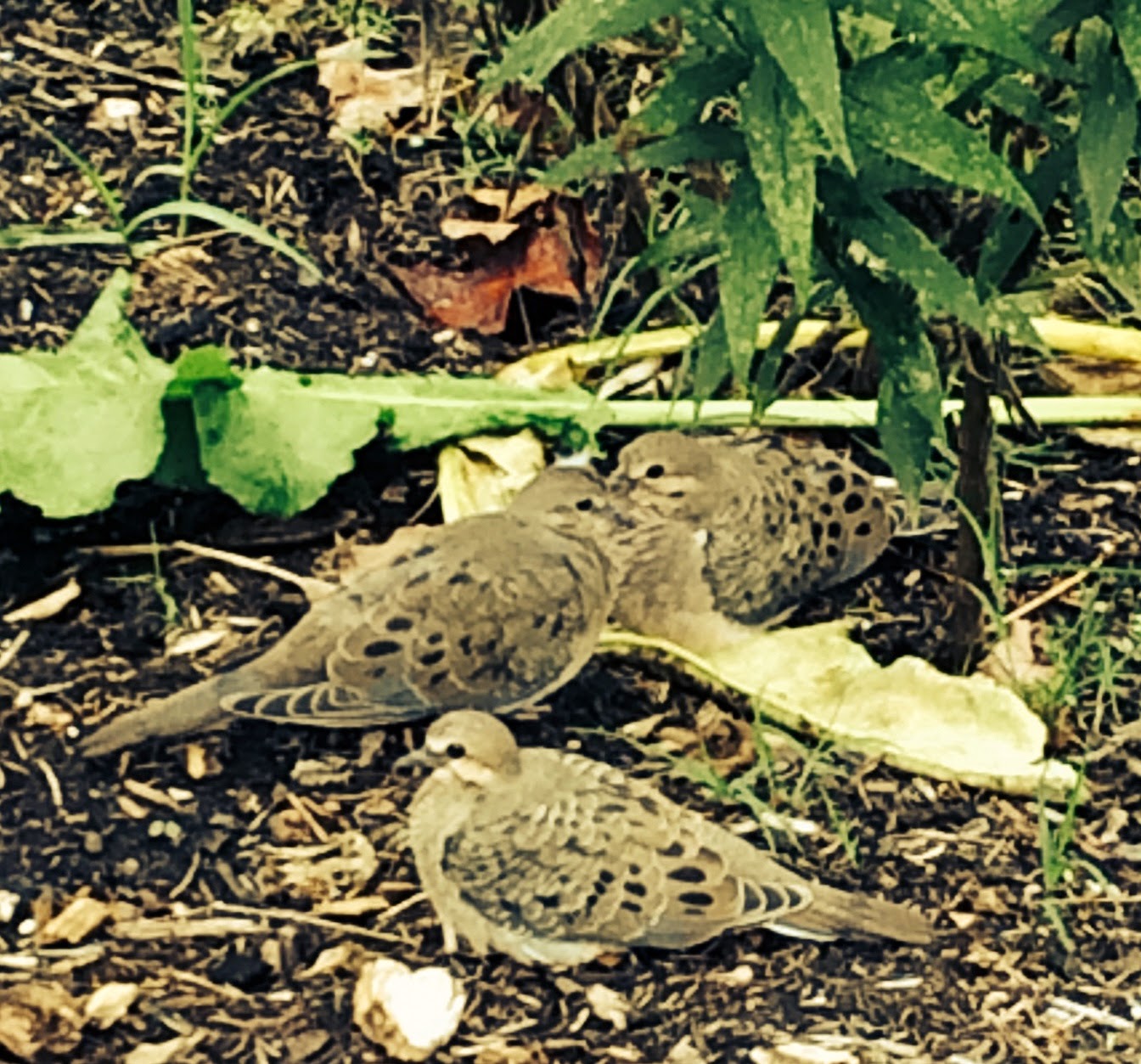 The next weekend, I took a free class on heirloom gardening.  It was taught by the main gardener at the nature center and she walked us around to look at some of the plants that have been grown on the property since the early 1900's. I spotted these mourning dove babies sitting under a shrub. 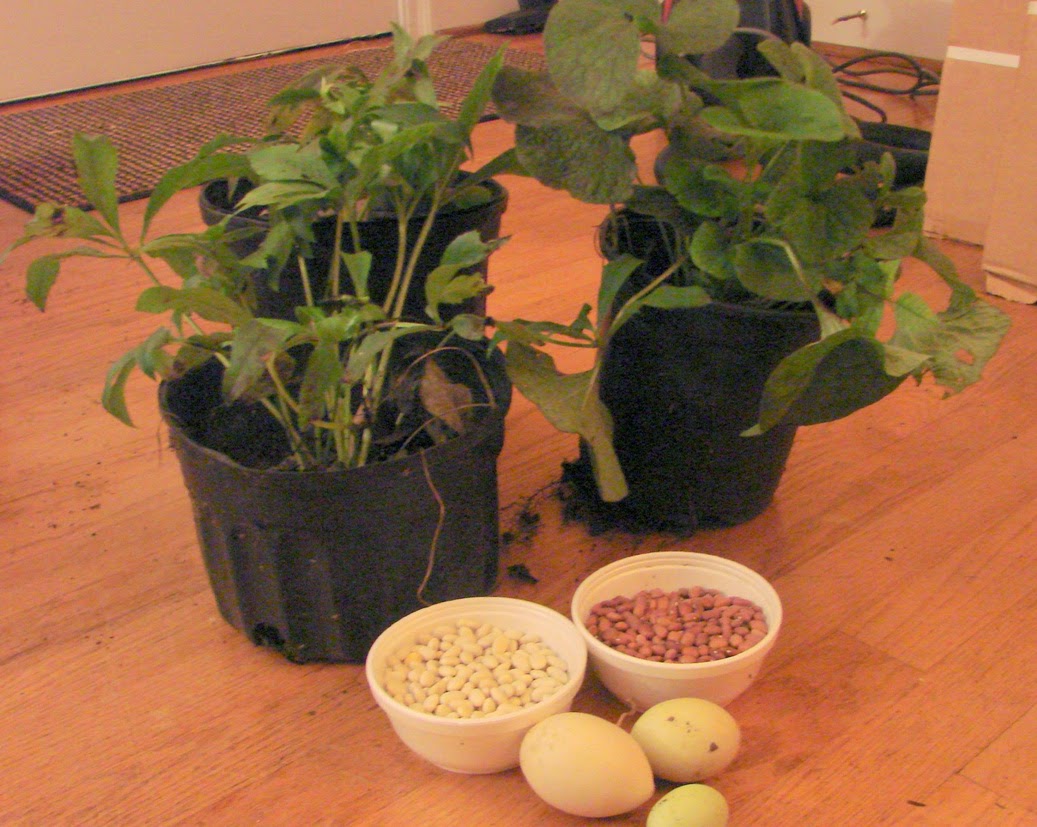 I was sent home from the class with free plants - hellebores, false forget-me-nots, peanut beans, half-runners and egg gourds - all descendants of plants grown by the original owner of the property. 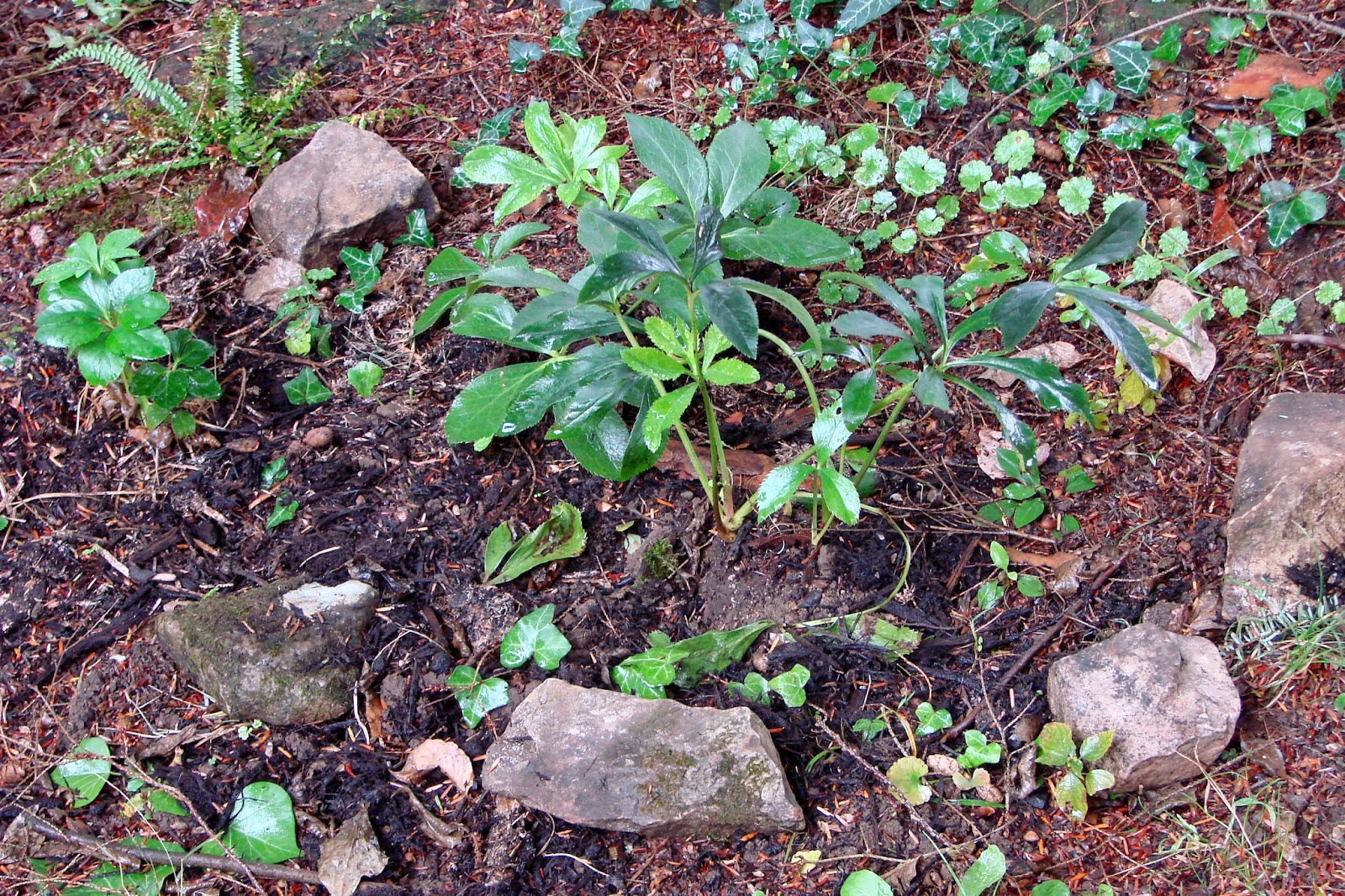 I planted two of the hellebores (also called Lenten roses) in my yard. They will have white flowers and this one sits next to two others - pink and black. I brought an extra home for a friend and when I took it to her house, she dug up a bear claw hellebore for me, which now lives in the back yard. I like having a tangible connection to the nature center's history and I also like the gardening culture practice of trading plants.
Posted by Secret Agent Woman at 7:55 AM