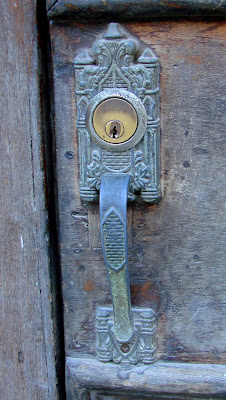 I have to say, I have a knack for finding neat places to stay when we travel. I'd read that in Cuba many people converted their homes to rent out a room or so, basically operating as very small B&Bs. I found one located in central Havana, within easy walking distance of the historic part of the city. 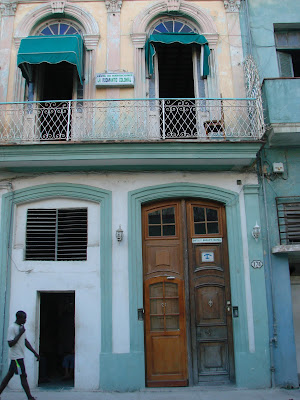 The homes are essentially very old townhouses, probably built in the early 1800's.  Our room, with a bathroom, was a mere $38 a night. 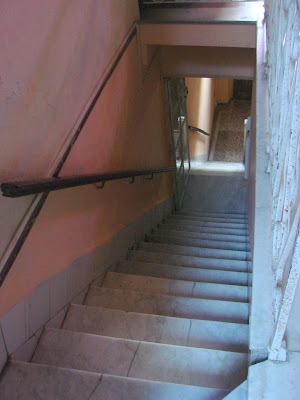 We were met at the door and handed a key, then lead up a narrow marble staircase to the second floor. 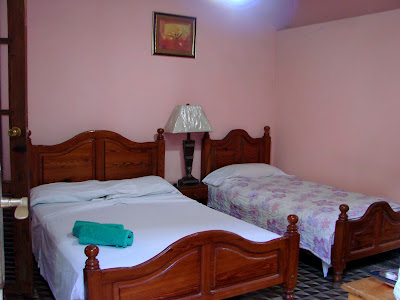 Although there were blankets in the dresser, we used only the sheet at night. It was so pleasant we never turned on the air conditioning unit. Instead, we left the windows open and slept under the ceiling fan. 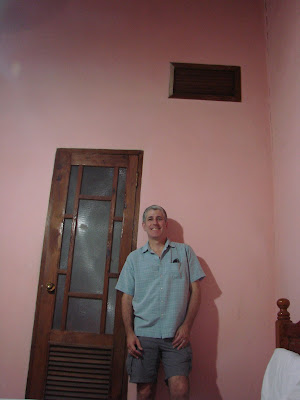 It helped that the ceilings were insanely high.  That exceedingly narrow door was our bathroom. We weren't quite sure how the hot water worked, but the lukewarm showers we took were actually lovely after a day in the sun. On the other side of the room was a wardrobe with a handle placed so high that I could only reach it on tiptoes. 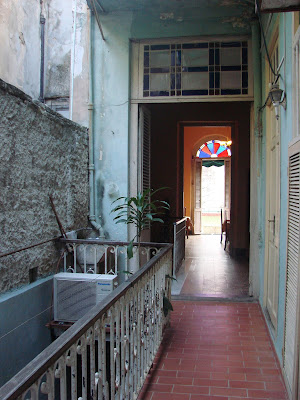 Down the open-air hall was a little sitting room and beyond it, a dining room. 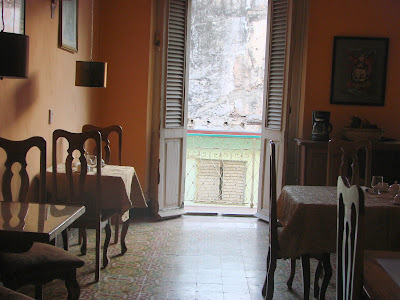 Breakfasts were cooked in a tiny kitchen area to the side, and the balcony doors stayed open to let in air and light. 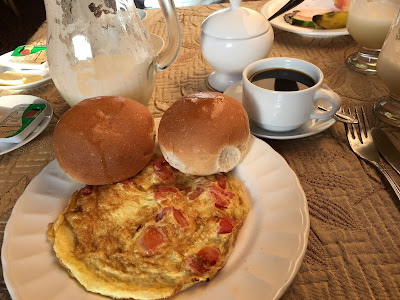 Our hosts made us omelets, a plate of fresh fruit, fruit smoothies and rolls with butter and guava jam. We were offered hot water to lessen the strength of the dark Cuban coffee, but both of us liked it as it was (and bought some at the airport to bring home). 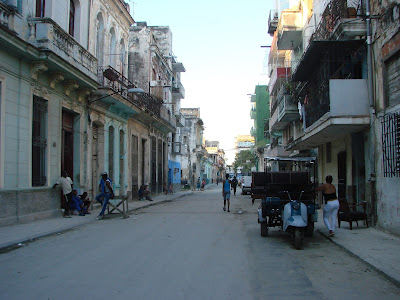 Both days we'd step outside early to walk around a bit before eating. The second morning, a man tried to talk us into having a mojito before breakfast. 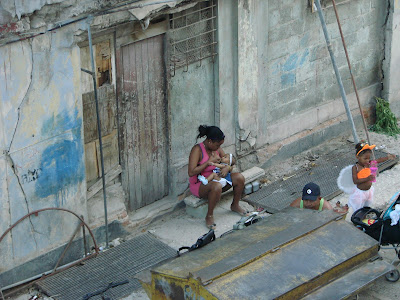 I also liked to stand on the balcony and watch the neighborhood come to life. I like the little girl in her fairy costume and the young woman nursing her baby in a doorway. 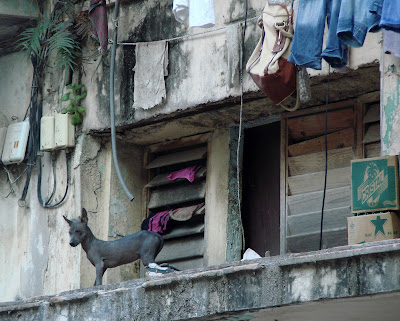 This bizarre hairless dog lived on a balcony across from us. He was as intrigued by the goings-on in the street as I was. 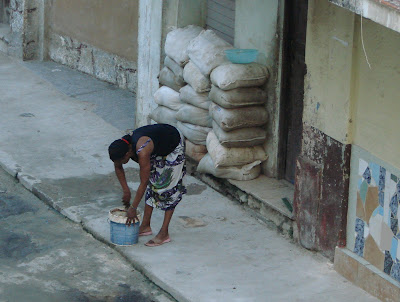 Often women would scrub or sweep the sidewalks in front of their homes. 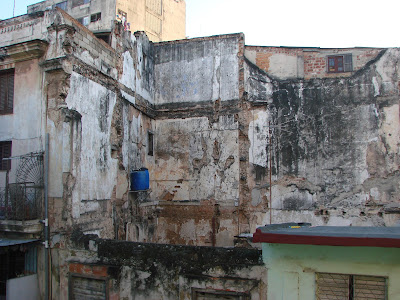 Had I seen photos of the decay of the buildings all around us on our street, I might not have booked a room. We'd have missed out. 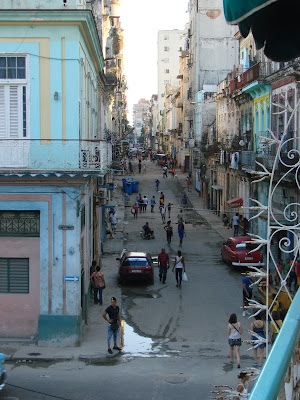 Away from the tourist crowds, there was not a fancy restaurant or souvenir shop in sight. Our hosts, Guillermo and Tamara, spoke virtually no English, which was true for most of the neighborhood residents. They were gracious and kind to us, and patient with our broken Spanish. Just for a few days we were immersed in the lives of Habañeros. We stayed in the real Havana, and I'm glad we did.
Posted by Secret Agent Woman at 6:00 AM