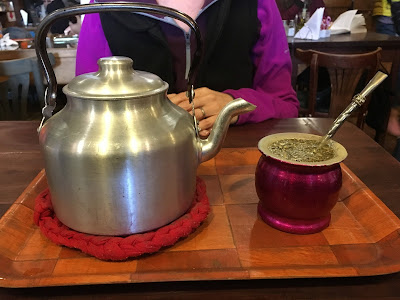 Every where you go in Argentina, you see people drinking mate, also called yerba mate. Pronounced MAH-tay, it's an indigenous herbal tea originally drunk from a hollowed out gourd called a guampa and a cane with a filter called a bombilla. These days the mate cups are also made in other materials and the bombillas are either metal or latex. We asked Augustín and Santiago, our penguin guides, about the mate we'd seen being passed around and they explained that it's a communal drink and the ritual involves pouring hot water over the tea leaves, drinking the liquid through the bombilla and then adding more water and passing it to the next person. We ordered some when we returned to port at Ramos Generales. The first couple of rounds are very, very bitter and then it mellows to taste more like unsweetened green tea. 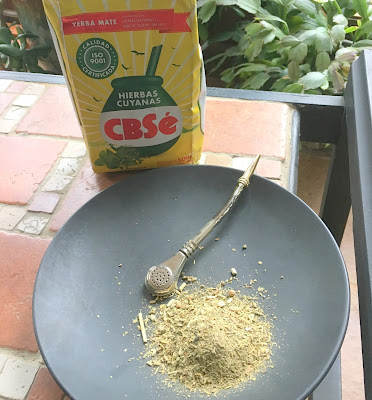 We also asked Augustín his advice on where we might buy a mate set. He told us to avoid the tourist shops and instead go to a grocery store. We checked the shops first to price them but the bigger problem was all of them said Fin del Mundo or Ushuaia or Tierra del Fuego on them. No. We wanted one that didn't look like a tacky souvenir. In the grocery store next to the modern latex versions were cute little gourd guampas covered in decorated leather. The bombilla was metal. Much nicer and a fraction of the cost of the souvenir versions. We also bought a couple of packages of mate to bring home. 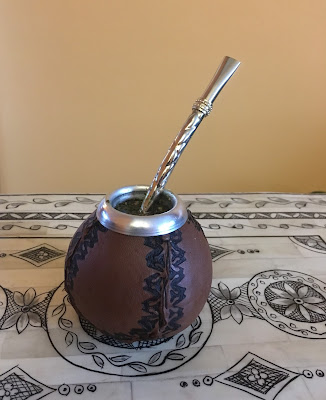 We followed Augustín's advice when we got home and filled it with boiling water and let it cure overnight. This picture was from the first time we made a cup at home. 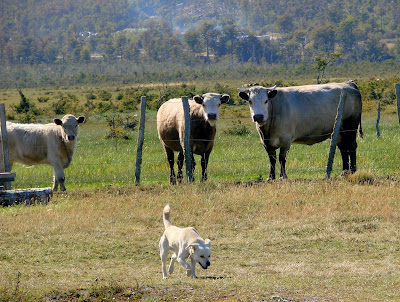 So when we met the little tan dog in Tolhuin, Mate seemed like a natural choice as a name for such a social creature. Sociable and also happy and energetic. As he walked with us, he stopped to chase the cows in the field, staying just out of reach of their horns. 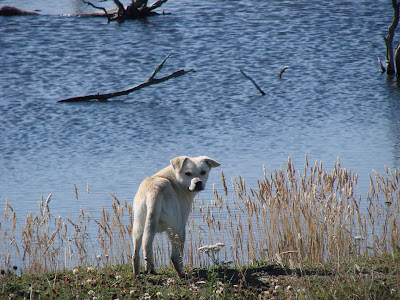 Then he went to investigate the pond that fed into Lago Fagnano. 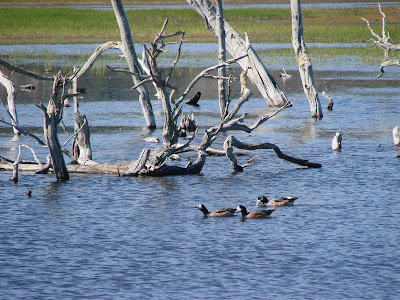 Mate quickly noticed the ducks in the pond. 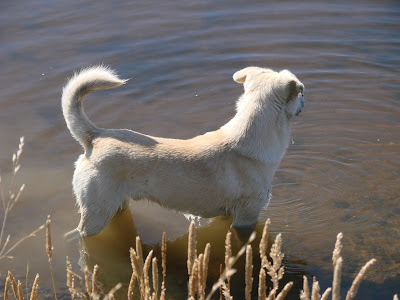 And in he went, sending them quacking off across the water. 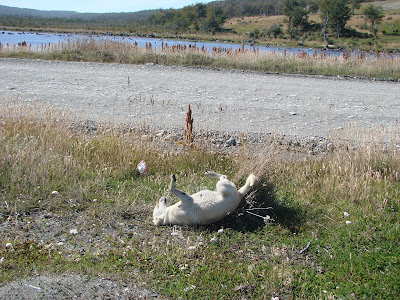 He dried himself off by rolling in a clump of grass and then had a wrestling match with a discarded car floor mat he found. 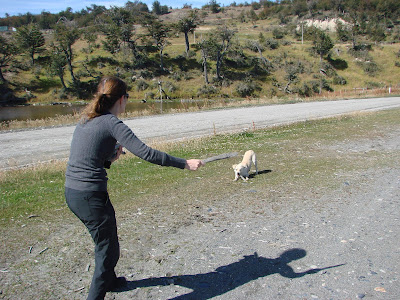 Then it was time for fetch! One piece of driftwood after another, the game just didn't get old for him. 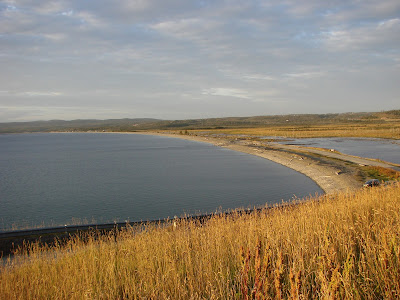 He accompanied us all the way back to our cabin and looked sad when we got in our car to go into town to get picnic supplies. I expected to see him running back home along the lake path, but couldn't spot him. Until we drove back and saw him waiting patiently at our cabin door. Oops! We parked the car behind the lodge to hide it and snuck around back to have our picnic in peace. 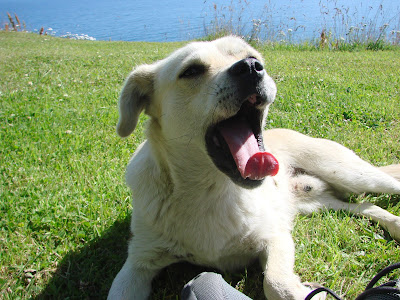 A few minutes later, he came happily bounding over the fence, wagging his tail. He'd found us! Fun game! He settled down to watch us eat (and yes, we did share), and then got sleepy. 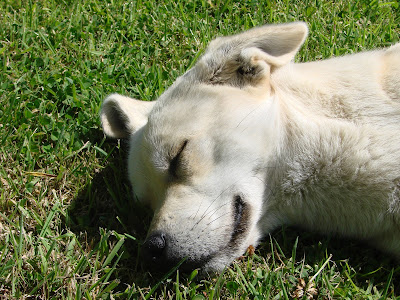 Soon he was sacked out in the sun while we read. 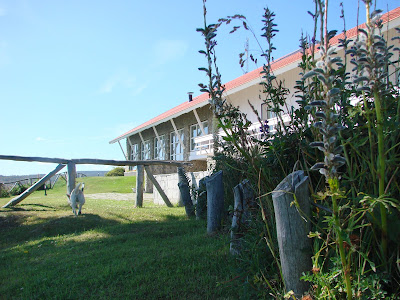 At one point he ran off to do a little exploring, but returned within minutes. 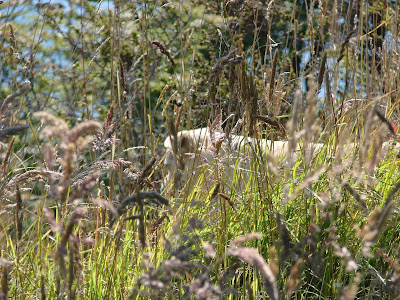 We went back a little later in the day, after we'd gone off for a drive, to sit outside and have a glass of wine. A group of hikers came down the hillside near us and we looked up to see Mate had gone with them. When he saw us, he peeled off and joyfully tried to push into our laps. 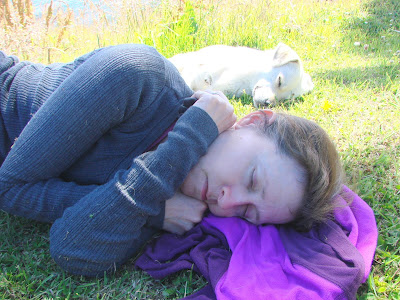 And then, when I had fallen asleep myself, he lay down to nap with me. 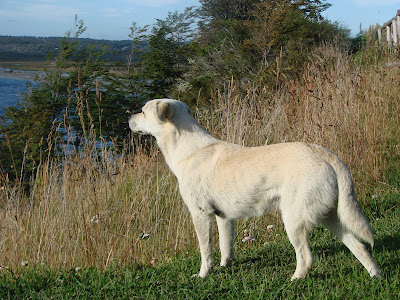 Mate stayed outside our cabin all night long and was there when we packed up and left the next day. I knew it wasn't possible to bring the sweet little dog back home with us, but I sure wish we could have.
Posted by Secret Agent Woman at 7:53 PM