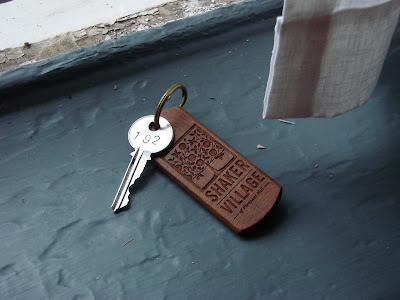 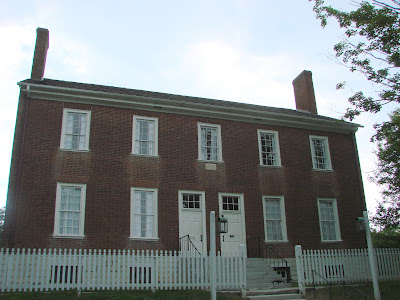 We stayed at the West Family Dwelling house, built in 1821, in a restored Shaker community. Shakers were celibate and in their housing there are two entrances, one for women and one for men. 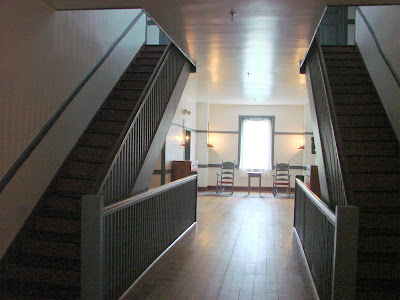 And two staircases. Because, you know, walking up stairs is so carnal. 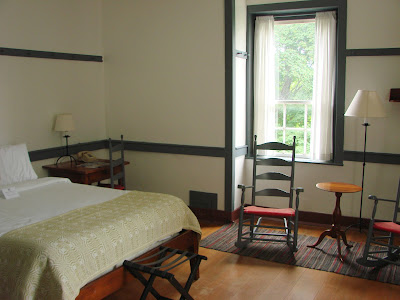 This was our room. They have reproduction Shaker furniture and the style is spare and peaceful. 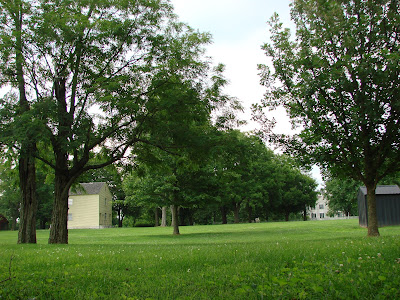 After we checked in, we had a picnic on the lawn near our building. During the 105 years that the Shakers occupied this property, they built 260 buildings. There are 34 buildings remaining. 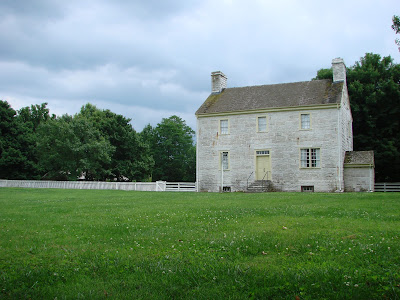 In the 1700's, some folks broke off from the Quaker meeting and formed a more charismatic religion, the United Society of Believers in Christ's Second Appearing. They were dubbed "Shaking Quakers" and later "Shakers" because of their dancing and shaking during worship. They followed a God they saw as both male and female and believed they were living in the last millenium and that, as sisters and brothers, they should not marry and had no need to have children. 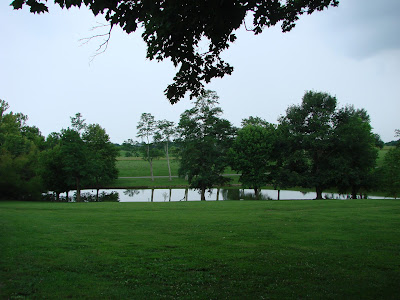 The Shakers were farmers and craftspeople, and sold produce, vegetable seeds, wooden products and candles. 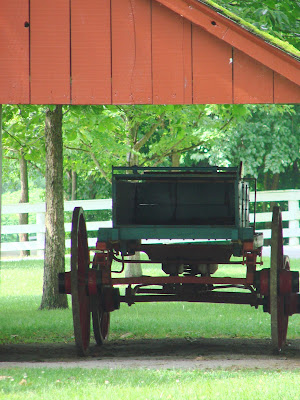 On their farms they raised cattle and sheep, and produced woven goods. 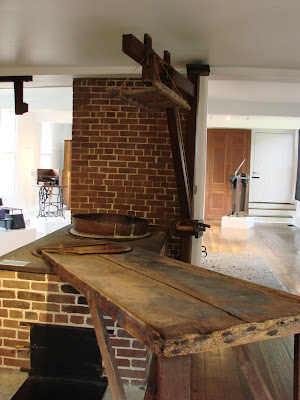 They were innovators and made a number of labor-saving inventions, like the first water tower in the state and a washing machine. 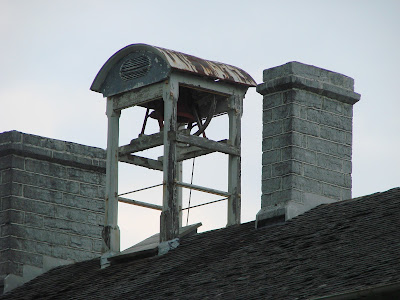 The Shakers had a "hearts to work and hands to God" philosophy, a melding of spirituality and practicality. 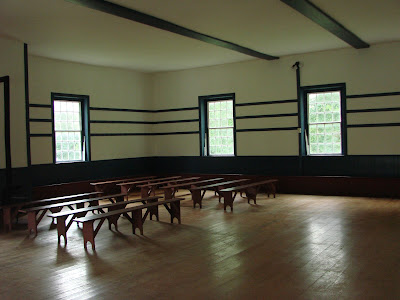 The Meeting house where the worship services took place, was used for a time, after the community dissolved, as an automotive garage. There are still oil stains on the floor. 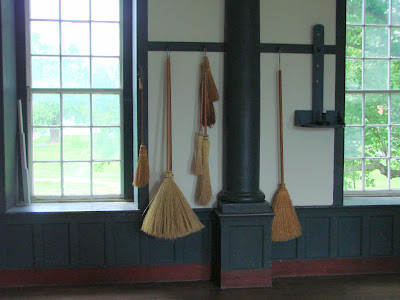 One Shaker innovation was the flat broom, which was more efficient than other brooms at the time. 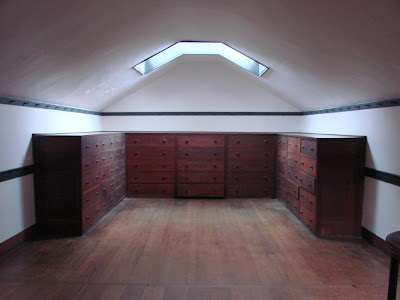 I absolutely love Shaker dressers. If I could have managed to sneak this out, I'd have done it. 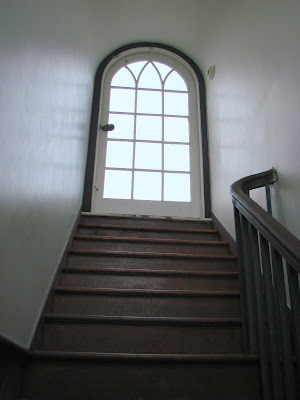 We toured several of the buildings. This one had a staircase that lead to a door that opened to nothing at all. 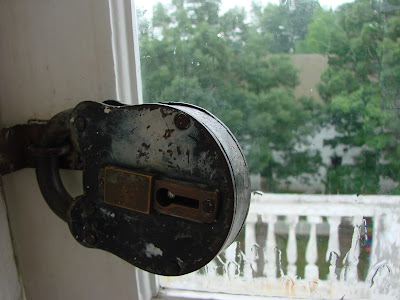 Or, at least, would have opened if it weren't for this old padlock. 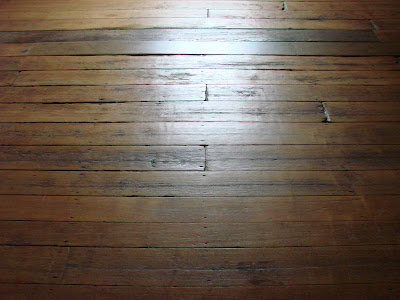 Everything is so solid. The wide plank floors, in spite of their age, don't squeak at all when you walk on them. Aren't they gorgeous? 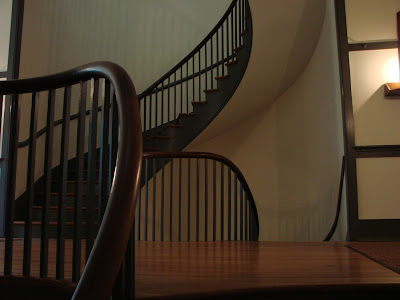 My favorite thing is the curved bannisters in the main building. 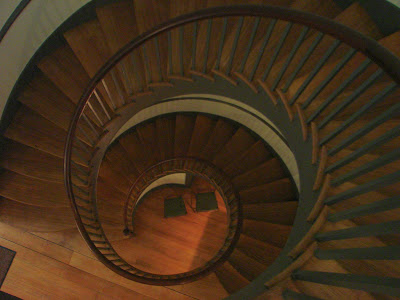 There are two of them, one on each side, which curve their way through three stories. 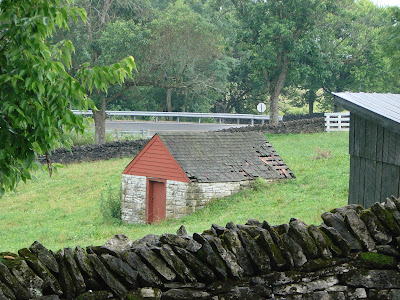 The land is enclosed with beautiful stacked stone fences. 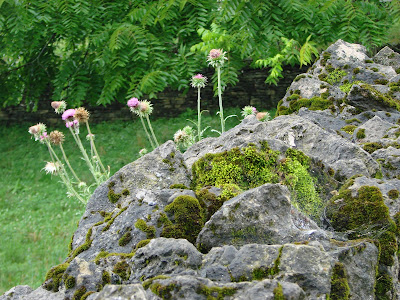 The doctor of the community encouraged weekly bathing (far more frequent than the norm at the time), hard work, and a diet of plain, simple food. Consequently, the Shakers tended to be long-lived. 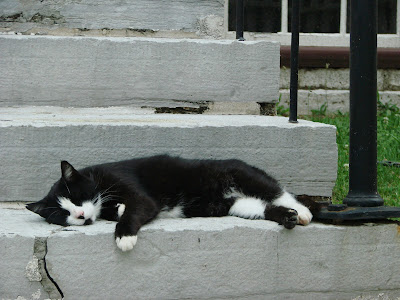 This anti-Shaker cat, who preferred lazing around to hard work. 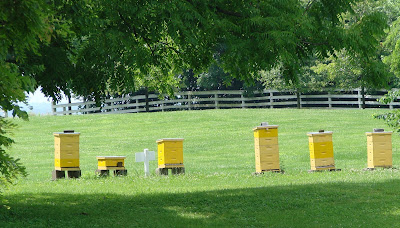 I also liked these cheerful beehives. If I were going to keep bees, I'd definitely paint their boxes bright yellow. 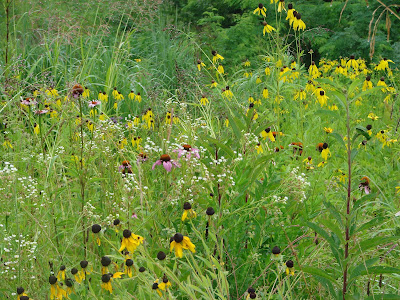 Parts of the property were left as meadowland, which I'm sure the honey bees appreciated. 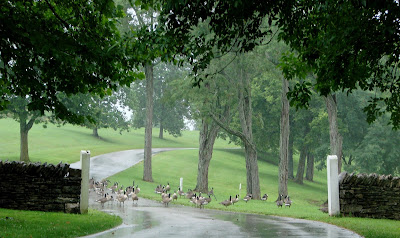 The Canada geese who live by the pond are road hogs who moved slowly and grudgingly out of the way when we drove through. 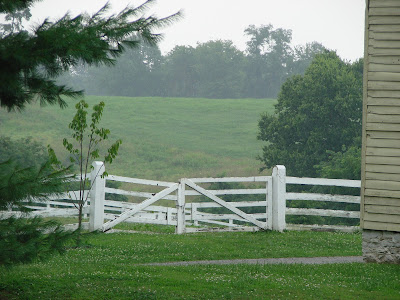 I wouldn't have wanted to be a Shaker, of course, but this place was just so serene. 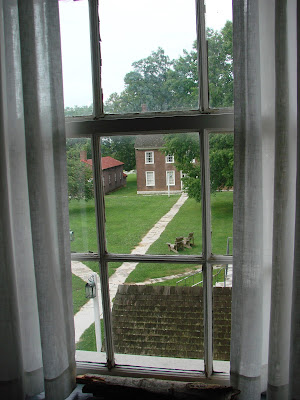 Especially in the evening, when everyone who wasn't staying had cleared out. 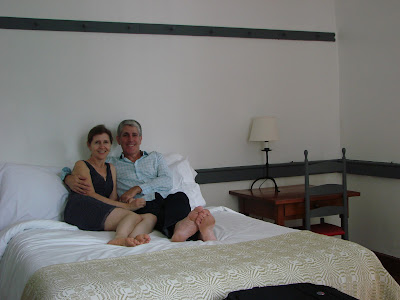 Two years ago we were at a B&B in Asheville deciding to get married. Feels like a lot longer ago than that.
Posted by Secret Agent Woman at 5:04 PM