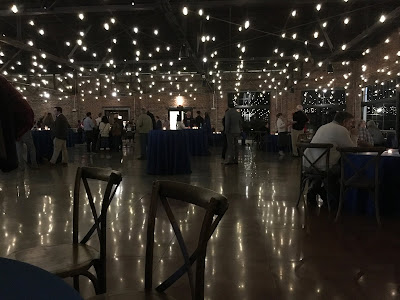 Last night we got invited to the watch party for the mayoral candidate we supported. I'd never been to one, but it sounded like fun. Quiet at first, and then as more people arrived and results started rolling in, it became very festive. We milled around drinking wine, eating snacks, and meeting new people. 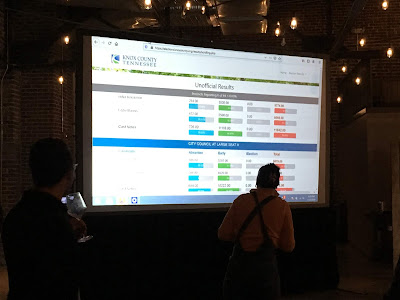 People anxiously watched the live streaming results, first from the absentee and early voters and then a long, tense delay before the day's results started being posted. A huge cheer went up when our candidate took the lead. 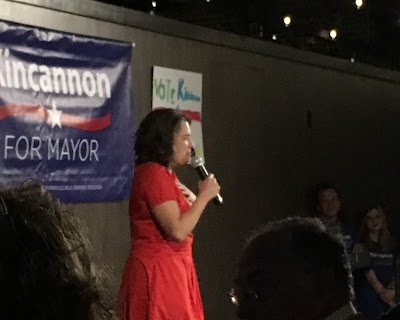 And then way sooner than I would have expected, the candidate announced that the other candidate had conceded and she was our our new mayor! Only two of the city council members that I'd voted for were elected, but it is still a positive change. And interestingly, of the 5 positions up for voting, 4 were filled by women. That means the city council has a female majority for the first time in its history - 7 women and 2 men. Rock on, powerful women!
Posted by Secret Agent Woman at 10:51 AM