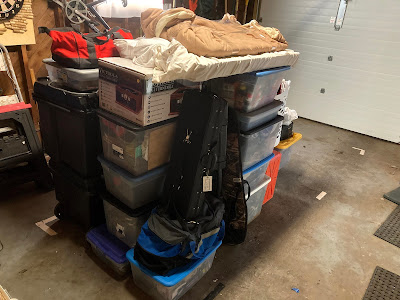 So my younger son decided he was feeling a little stuck in life, working as a FedEx driver. This is not a career he wanted and he has been casting around for a way to work outdoors and specifically in a forestry-related field. He called to tell me he was applying for jobs and planned to move. To Portland, Oregon. 2500 miles away. The thought of him leaving broke my heart but I also knew it was what was best for him, so I threw myself into helping him with that. We taped off a section of the garage and he started culling and packing his belongings, taking only what was most important to him. 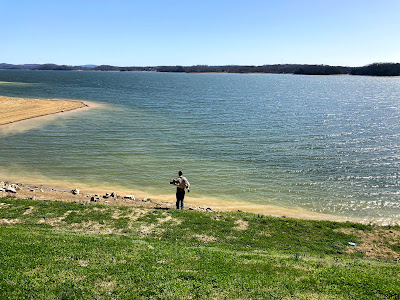 He moved back in with us temporarily so he could have internet access and started applying for jobs and apartments. Within a week he had a trial work day scheduled with a tree service and a back-up job offer from a FedEx company. I spent as much time with him as I could while he was still here, including a trip out to the lake near where he grew up. 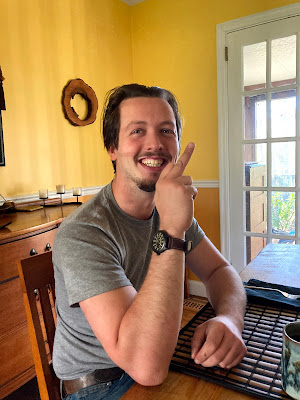 And feeding him. The age-old mom thing of making sure your child is nourished, I guess. At one breakfast I asked him to smile and along with a wicked grin, I got this. 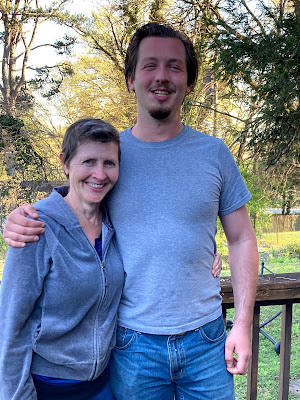 He's 24, I completely understand him needing to strike out on his own. It's kind of a rite of passage. But all the way to the Pacific Northwest! I'm not going to lie, I was on the verge of tears much of those last couple of weeks. We have a really good relationship and I will miss him terribly. And I know he will miss me. 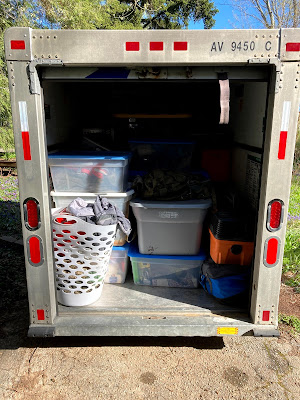 Easter Sunday he loaded up the U-Haul trailer and headed out. I waited until he was gone, and then cried a LOT. At my suggestion, he detoured to Memphis to get a day with his brother, then drove to North Platt, Nebraska the next day, Boise, Idaho the next, and then finally landed in Portland on Wednesday. I would stay awake each night until he texted to let me know he was safely at each destination. 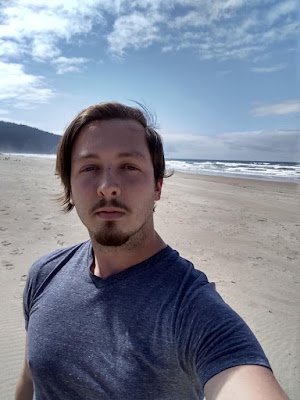 He has called a few times to give me updates. Trips to IKEA to furnish his apartment, hiking near Mt. Hood, and getting out to the coast to see the Pacific again for the first time since he was a little kid. Yesterday was his trial work day with the tree company and it went well. He was hired and they are paying him more than what the ad stated. He is on the ground crew to start and his goal is to get trained as a climber and become a certified arborist. A big piece of my heart is now in Oregon, but I'm so proud of him for taking a risk and following a dream.
Posted by Secret Agent Woman at 12:13 PM