Meanwhile, up at the Ridge... 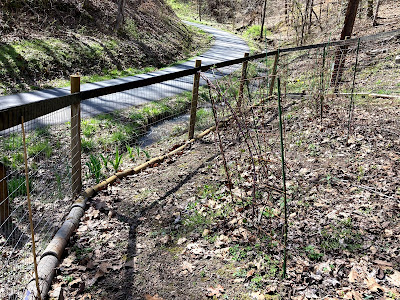 Working hard at the new property has been helpful as a distraction for me. One of our projects has been fencing in the little orchard. We decided to stain the board along the top to make it less noticeable. I'm planting various vining things on it to provide both food and privacy (mostly grapes and maypops). 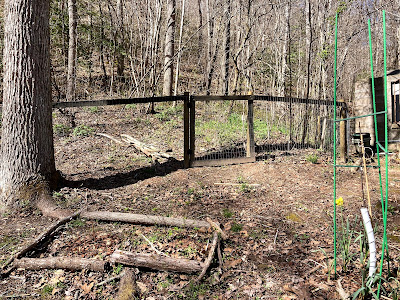 My husband built three gates - one to the hiking path, one to the back of the cement pad behind the shed, and one in front. 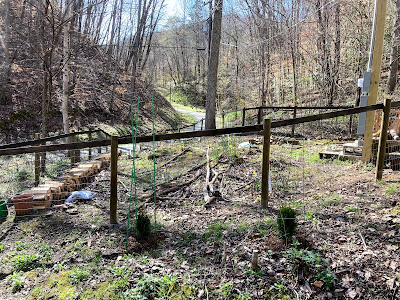 We finally got all three sides fenced in so I will be able to work in the orchard without worrying about roaming dogs. Eventually, I will also be able to let the chickens free-range a bit there. I've planted some evergreens on the outside of the fence for screening when they get bigger. 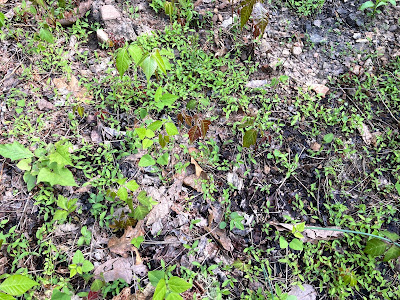 Speaking of chickens, the area we cleared for the chickens has basically become a poison ivy field. We're still waiting on plans from our builder so we are holding off on any construction of the coop but I can't just leave the poison ivy to take over. So this weekeend I covered up and started pulling out the vines. 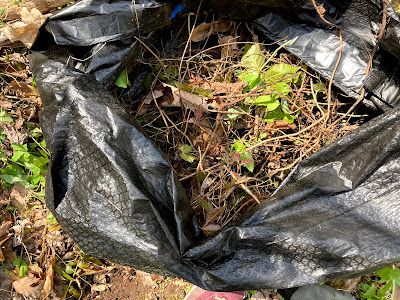 Three big garbage bags full so far. I want to get it out while it's still relatively young and the other weeds aren't covering it up. 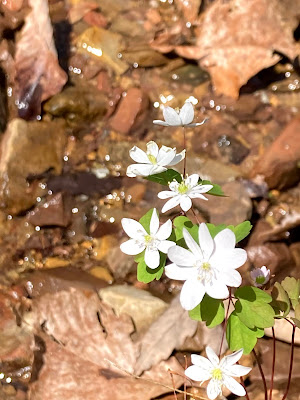 Fortunately, there are plants I like a whole lot more making an appearance. Like this rue anemone, which is just everywhere. 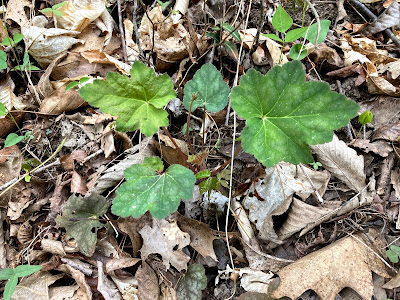 I also keep stumbling on little patches of heuchera (aka coral bells). They will flower later in the season, but the variegated leaves stay year-round. 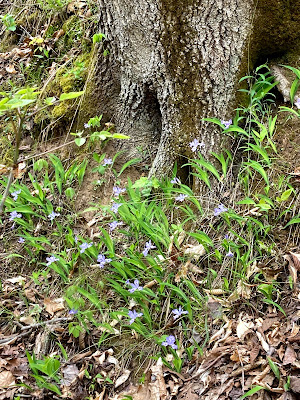 While I was transplanting some coneflowers along the road, I found this patch of tiny blue flag irises at the base of a tree. 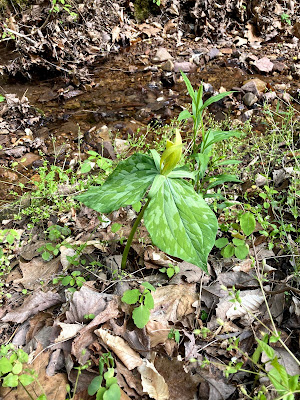 And possibly may favorite, trillium. I remember being thrilled to see them when we first found the property, a year ago last week. We've now seen it through a whole year, which is hard to believe. I'm really eager to get to be there full-time.