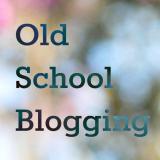 I used to do these question memes all the time on my old blog, back when people would tag you and then you'd tag others. After a while I refused to tag people, but I still occasionally am taken with a meme. In fact, I have one dealing with where I'm from that I've not forgotten about but need to dig up photos for. At any rate, this one was on Stephanie's blog and I decided to take a crack at it. If these seven questions speak to you, feel free to make them your own. 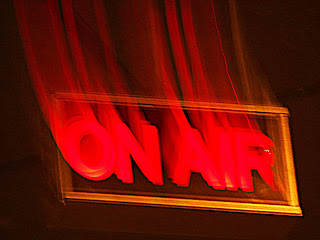 1. What were you doing ten years ago?
In March, 2003 I was working at the community mental health center and rapidly reaching the end of my rope with the increasing micro-management of clinicians by non-clinical staff. By this point, my then-husband and I were making plans to leave and set up a private practice. We took a little of our banked leave time to take our kids to Costa Rica, a little more to scout office locations and buy the furniture, and by August we had taken all our patients with us and were in business.

2. What five things are on your to-do list? I don't know about this one. There are plenty of things I want to do and likely will do that involve relationships, travel, and so on. But more mundanely:
* Get some seeds started for my vegetable garden. Yes, I vowed not to grow one this year, but when Spring starts rolling around I can't help myself.
* Scrape and re-paint the window sills in the living room and dining room. And while I'm at it, curse the former owners for using an oil-based paint.
* Grocery shop before the pack of boys my son has invited over descend on my house tomorrow. Pizza. I need to get pizza.
* Finish some paperwork I brought home. It's endless.
* Mow the yard. My neighbors are putting me to shame.

3. What are five snacks you enjoy?
* Dry red wine. Wine is a snack, right?
* Kalamata olives and cheese with crackers.
* Chocolate. Currently Cadbury mini-eggs, which I wait eagerly for each year.
* Popcorn. I have an air-popper and I like it drizzled with olive oil and a little salt.
* Sushi. I know that doesn't sound like a snack, but I sometimes buy a little tray of sushi rolls at the Fresh Market. And I remember an old insanely extravagant boyfriend saying he wanted to get a "snack" before a show we were going to see, and it ended up being a bunch of nigiri and a bottle of wine. A recent sushi story: A friend of mine doesn't like the squishier sorts of seafood, so he'd ordered a tempura roll at the sushi restaurant. After he'd eaten a couple of pieces, he said, "I wonder what the orange things are?" I told him they were fish eggs. He said, "Oh. Uh. Hmm. Okaaaay." He did NOT seem pleased to discover he was happily eating fish eggs! I told him he could call it roe if that would help. 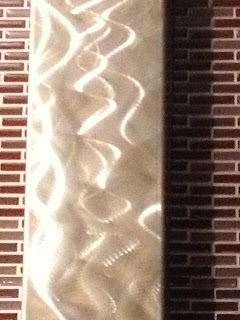 4. Name some things you would do if you were a millionaire.
The usual first - pay off my mortgage, put aside enough to get the kids through college. Travel some. And sock money away so that I could afford to alter my practice in a way that would allow me to see anyone who needed it, regardless of ability to pay. I do that already as much as I can, but wouldn't it be great not have to worry about an income? Still, I'm not going to start buying lottery tickets.

6. Name some bad habits that you have. I'm going with habits/personality traits. Because anyone who knew me in the old days of blogging knows that I never leave a meme unaltered:
I have a wicked sweet tooth. I am a bit of a doter, and this gets me in trouble. I can worry like nobody's business. And at other times I can throw caution to the wind and be utterly heedless. I can be both slothful and fully engaged in hard physical work. I am deeply spiritual and an atheist. I have a hair-trigger anger and a well of patience that borders on the insane. Although I don't believe in astrology, I may be the classic Libra. ("And maybe it's because I'm a Libra, I say balance, balance, balance." Ani DiFranco)

7. Name some jobs you have had. I can name them all, actually:
As a young kid, I baby-sat, raked pine straw, and washed cars for money. (I also worked my ass off on the farm where we lived, but I didn't get paid for that!) Once I had my own wheels, I worked at fast food places and also had some full-time summer baby-sitting gigs. I did work-study as an office assistant in college, in the Sociology department. After I graduated, I worked in the company my father worked for, putting a filing system at a Naval office in DC onto a Lotus spreadsheet. In grad school, I was a research assistant for a Deception project and also a Foster Care project. I was also a teaching assistant for intro psych and intro social psych classes. In between grad schools, I worked as a help session teacher at a residential school for emotionally disturbed kids, a research assistant for an organizational behavior professor in the business school, and worked weekends answering the crisis line at a psychiatric hospital. Internship in my field is a paid position, so I'll count it. Well, poverty-level salary, but still. On internship, I did psychological evaluations, and saw patients at the community mental health center's family clinic, the psychiatric hospital's adolescent, adult and substance abuse programs, the psychiatry department's clinic, and the VA hospital and nursing home. And finally, out with a license, I worked in a couple of group private practices, doing therapy and psychological assessments and neuropsychological evaluations. After that, I had various roles at the community mental health center - I ran the Alcohol and Drug Abuse program, was the Operations Director for the main office and of course saw patients. Off and on, I've taught psychology and child development classes at two local colleges as an adjunct professor. And for the last ten years I've been a psychologist in my own private practice where I see patients full-time and also act as the office manager. Huh. Suddenly I feel the need for a nap.
Posted by Secret Agent Woman at 8:27 PM