Your comments can lead me down strange alleyways in my mind. 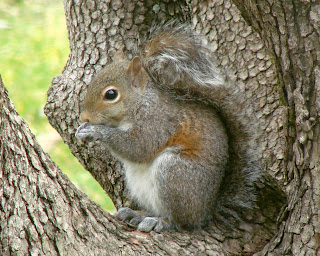 Someone commented on a previous post about how I seem to meet a lot of men. And it's true I've had a what-the-hell attitude and I often go out just to have something to do.  But I started thinking about it - how many had I met? I started to write out a list of everyone I'd gone out with since I'd been divorced. I'm including even single dates - be it dinner or a cup of coffee, that never amounted to anything. But while some names of people I'd only met once came back easily, others I couldn't do any better than "the conceited-for-no-discernable-reason pilot," or "the quiet-talking architect," "the pathologist who bristled when I mentioned that I was a pacifist," or even just "that dreadfully boring guy." (Which lead me into a tangential train of thought about coding all my actual relationships by profession - the engineer, the astrophysicist, the bank president, the cop, and so on.) Anyway - even the ones whose names I couldn't immediately bring to mind, I could still remember even if we only met briefly.

Like the guy I met for coffee, who started telling me the plot of some movie in excruciating detail, including this bit:
Him: "It had Jack Niklaus..."
Me: "Umm..."
Him: "and that guy who was the vagabond in Titanic?"
Me: "Leonardo DiCaprio?"
Him: "Yeah, yeah, Leonardo da Vinci."
And then went on to continue mis-saying the names. Unless there really was a movie that starred a PGA champion and a Renaissance artist.

Or the dinner date who I met on a snowy night who helpfully scraped ice off my car windshield for me with his credit card.

Or the lunch date whose gay vibe was so strong I had a hard time not saying, "Are you absolutely certain you're not gay?"

Or the dinner date who spent part of the time drawing cartoons of fellow diners for me and who I knew the instant I laid eyes on him that there was no chance I'd see him a second time.

Or the morning coffee date who was remarkably unable to hear my many assurances that not only did I not want to go out with him again, that I did not want to maintain any sort of contact at all.

Or the dinner date who admitted that although he'd claimed his divorce was just a formality at that point, he was actually still waiting for his ex to serve papers on him.

I am not counting the guys I talked to but ultimately decided not to meet at all.  Like the guy who in the midst of a benign email conversation about hiking wrote, "I bet you would enjoy being tied to the bed and having control taken from you." Thanks for the heads up, ya freak. Honestly. Why would you not wait until you'd at least met before you broached the topic of sex?

So, adding up just the men I actually met, there were only 35.  Not so many over the course of six years. But boy, some of those were NOT worth leaving the house for, except possibly for the story.
Posted by Secret Agent Woman at 7:31 PM