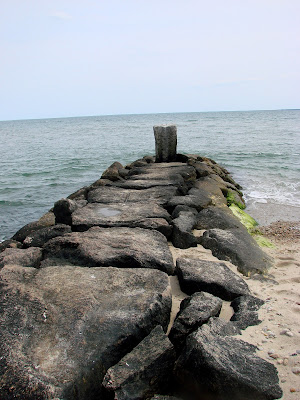 On Saturday morning, I wanted to go to the Cape. We walked around Woods Hole first and had a look at the Aquarium there. I spent 6 weeks in East Falmouth one summer as a kid, so we headed there next to look around, and then up the coast to Eastham. 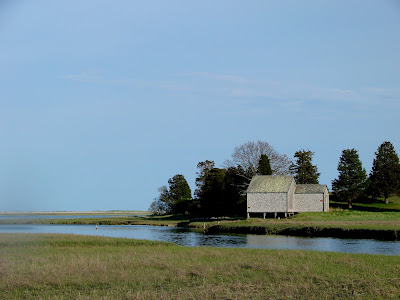 We decided to walk a trail on the National Seashore, along a marsh. Parts of the trail were blocked off, but we just ducked under the warning tape and kept going. Part of the trail took us past the dunes, and was covered with such thick sand that it was hard to walk on. Like wading through mud. 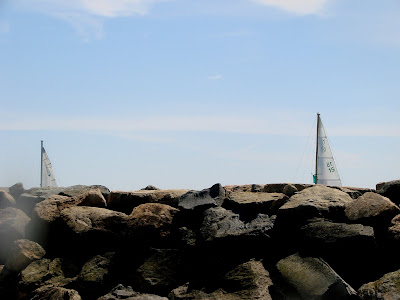 Eventually the trail took us out to the beach, by a channel. 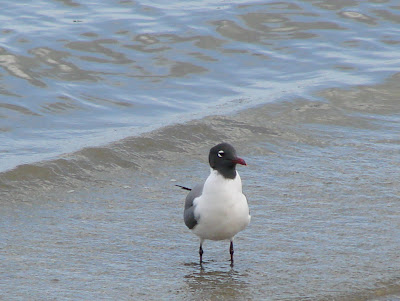 Again, the water was cold. The seagull didn't seem to mind, though. 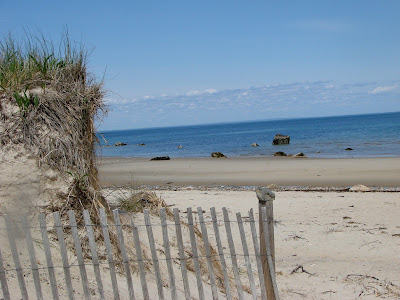 We hiked for miles. But it felt great to be walking and breathing in the salt air. 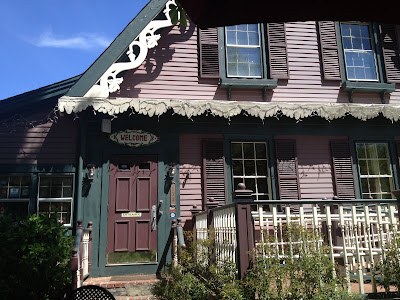 The next morning, we had breakfast at the Optimist Cafe in Yarmouth. Good coffee and a spinach and potato frittata for me. Then we would our way along the bay, stopping a couple of places to look around. 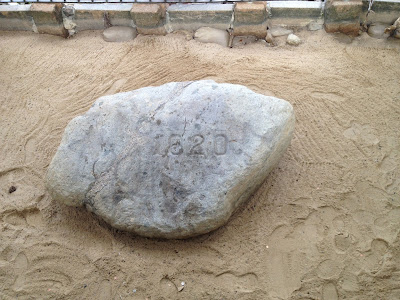 And then off the Cape and into Plymouth, with a most underwhelming Plymouth Rock.  Which has been repeatedly dropped and broken and badly repaired.Now it lives in a cage, looking a little poorly. 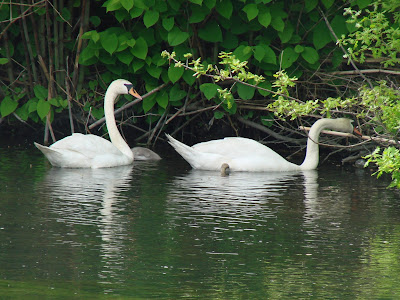 We walked around the town and through Town Brook park. I didn't even notice the little cygnet behind the swan on the left until I loaded the photo onto my computer. 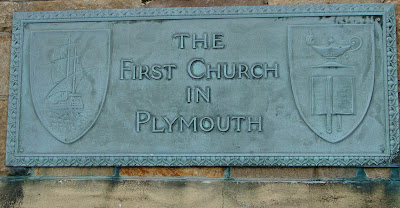 Plymouth is the home of the oldest continuous church in New England, First Parish, a Unitarian-Universalist church. It was founded by a group from England who formed in 1606 and then sailed over on the Mayflower in 1620 for religious freedom. 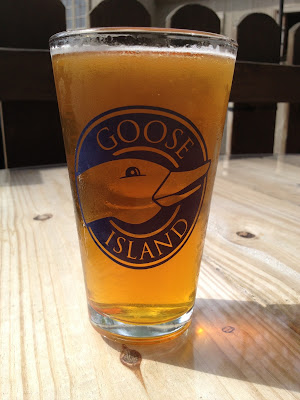 It was time for a cold beer. We went to the Plimoth Grist Mill. I seriously wanted to bring this glass home with me. 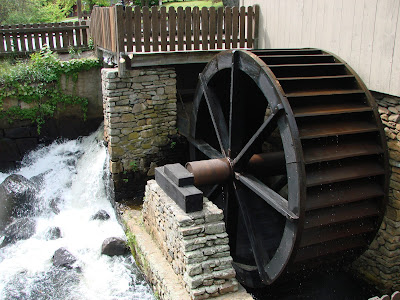 The grist mill is a reproduction, but even so sitting out on the deck was pleasant. 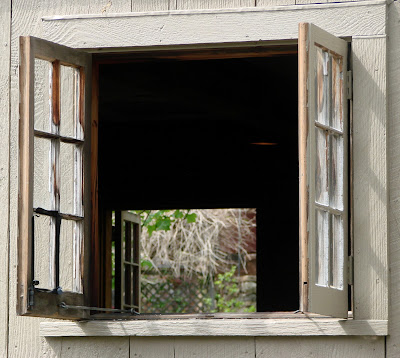 Afterwards we headed back up to Concord for the evening. Only one more day left of the trip - I need to travel more often.
Posted by Secret Agent Woman at 8:34 PM