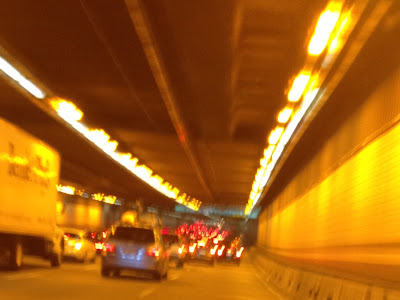 When I drove back to Logan Airport to leave Massachusetts last Monday, I got forced out of my lane by the flashing blue lights of a cop behind me. Just as that lane diverted onto an exit ramp into Boston. I've not lived in a big city in a while, so the driving was a little hairy for me. Boston drivers are aggressive! I had to wind my way back, and finally found myself in a long series of tunnels. 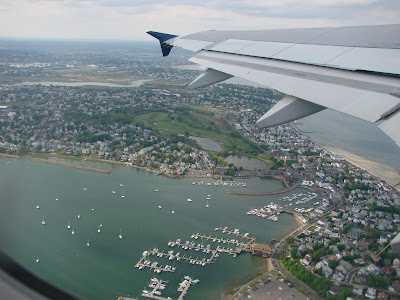 Rental car returned and plane boarded, I watched as we headed out over the shore. 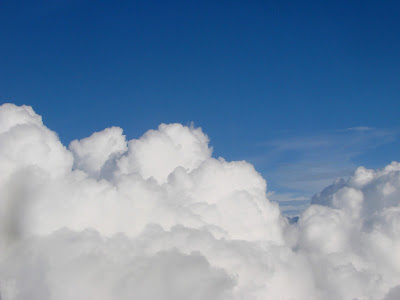 I have always been fascinated by the perspective from above the clouds. It seems to me that you could surely sleep on them, drifting in their pillowy embrace. 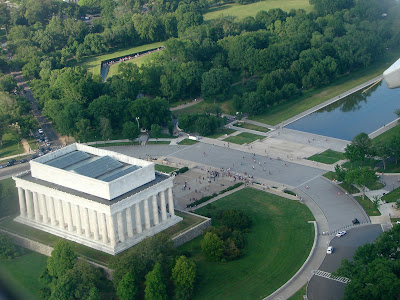 I loved that I got a bird's eve view of flying into DC.  Passing over the Lincoln Memorial, I thought about Abe Lincoln, perpetually gazing out across the reflecting pool to the Washington Monument. 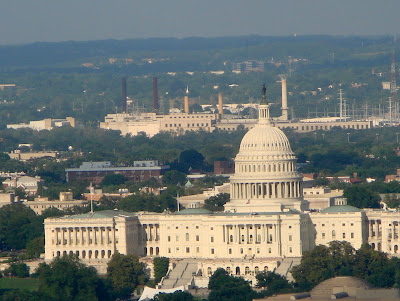 And Capitol Hill, with the US Capitol building, flanked by the House and Senate, among other things. So much capacity for good there, so much propensity for bad. 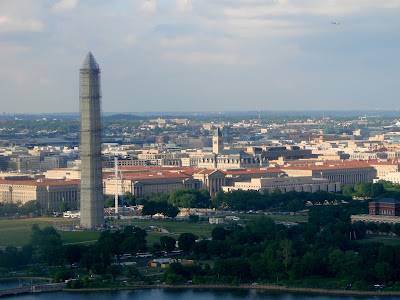 The Washington Monument between the two, currently girdled in scaffolding for repairs. When I was a teen, I used to take my younger brothers and sister into the city to see these monuments, along with the many Smithsonian museums. It's not a bad town to have as your playground. 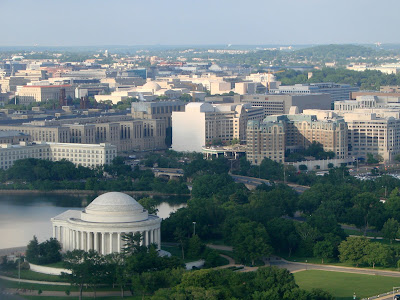 By the Tidal basin, the Jefferson Memorial. From the front steps, you can see the White House. Maybe wave at the Obamas. And hopefully not be too self-conscious about the fact that your arms are not as buff as Michelle's. 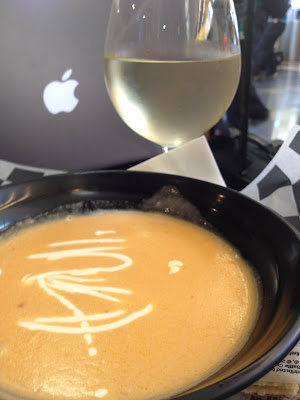 I was less pleased with my delayed flight out of DC. Stuck at a gate that had many restaurants but only one that served wine. Why? Where is the sense in this? What kind of cruel, cold world... oh, okay. Small as problems go. But tell that to everyone who stood in line for a long, long time to get one of the too-few tables. When they asked if there was anyone alone who would share a table, I shot my hand into the air. So while Mr. Unsociable Macbook stared at his screen and drank a beer, I had a glass of pinot grigio and a bowl of lobster bisque and people-watched. 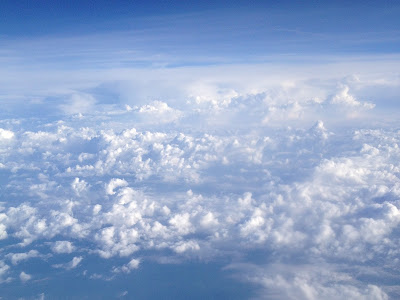 And thought about what my next adventure would be. I've given up predicting what life will throw my way, and just trust that it will be interesting.
Posted by Secret Agent Woman at 10:30 PM