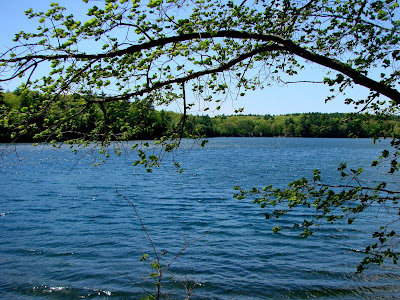 When I took my trip to Massachusetts last month, I knew I'd visit Walden Pond while in Concord, so I downloaded a copy of Henry David Thoreau's 1854 classic,"Walden."As I am working my way toward greater material simplicity, I was pulled by his intention: "I went to the woods because I wished to live deliberately, to front only the essential facts of life, and to see if I could learn what it had to teach, and not, when I came to die, discover that I had not lived." Who can't resonate to the wish "to live deep and suck out all the marrow of life"? I really, really wanted to like this book. 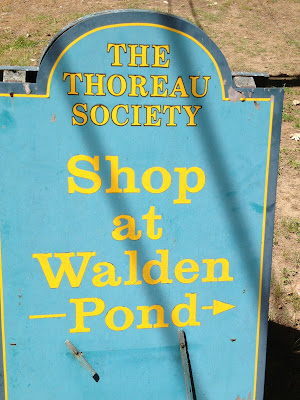 The irony of a gift shop at Walden made me cringe. Plastic water bottles, keychains, refrigerator magnets and t-shirts emblazoned with "Simplify." Yeah. Thoreau would be spinning in his grave. But I was also aware of his own hypocrisy about self-sufficiency - like that fact that he was able to live free on the land at Walden Pond because his buddy Ralph Waldo Emerson owned it. That he accepted many gifts and ate Sunday dinners back at home. That he had his mother doing his laundry, for pity's sake. He was 28 when he took on this experiment, and surely old enough to fully take care of himself? 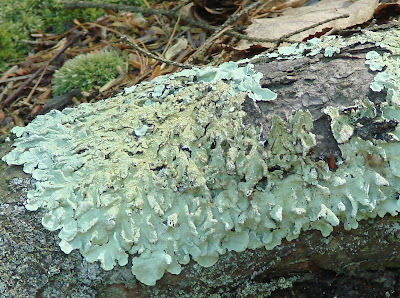 The pond now has a walking path that winds its way through the woods and around the shore. It's easy to see the appeal of living here and watching the changing seasons and fun to read his fascination with all that he observed. I was struck by the intensity of his dislike for "brute" appetites and his unforgiving rules about life. He might roast up the occasional woodchuck or eat for days from a pot of unadorned beans, "But put an extra condiment into your dish, and it will poison you.  It is not worth the while to live by rich cookery." Oh Thoreau, rich cookery is a delight and not something to be feared. As I did some reading, I also see that he never had any romantic relationships and seemed disinterested in sex. Asexual? Closeted gay? Socially awkward? I do see that he is described as homely and was apparently completely out of touch with what is appealing to women. He wore a "neckbeard" (chin and jaw clean-shaven, and a mass of hair on the neck.  Ick!) and believed that many women found the style attractive. No. No no no. His friend Louisa May Alcott once said his facial hair, "will most assuredly deflect amorous advances and preserve the man's virtue in perpetuity." 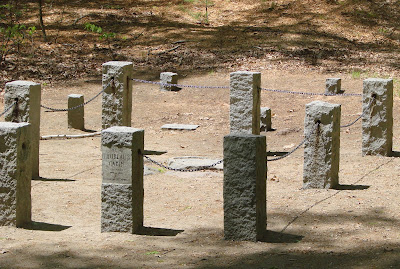 The cabin is long gone, but the original site is marked off. There is much to be admired about the man and it's sad to think that he died at 44, an age that now seems far too young to me. Thoreau was an ardent abolitionist and refused to pay taxes because of the governmental support of slavery. His ideas on civil disobedience inspired Ghandi and Martin Luther King, Jr. He was a tireless observer of the minutia of life and endlessly intrigued by nature. 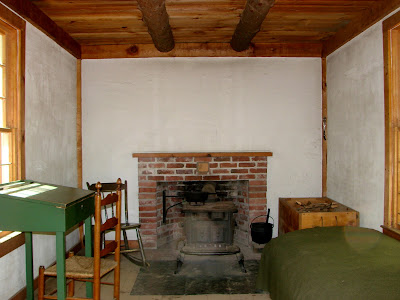 But he also wrote in a way that could be dreadfully boring at times and also condescending about other people. He spends time with a French-Canadian trapper who is uneducated and seems to view him as a delightful but primitive form of human. And although I fully appreciate his point about not really needing fancy clothing, big houses, and excess material goods, does he have to be so patronizing about it? It's hard not to come away from the book feeling like he's a bit of a pompous ass. He talks about the need to have intellectual conversations outside his cabin because of the inconvenience of too little space when he and a guest wanted to "Utter the big thoughts in big words." Oh dear Lord. When I read that, I head the song, "Big Time" in my head:
"The place where I come from is a small town.
They think so small
They use small words.
But not me, I'm smarter than that
I worked it out.
I've been stretching my mouth
To let those big words come right out." (Peter Gabriel) 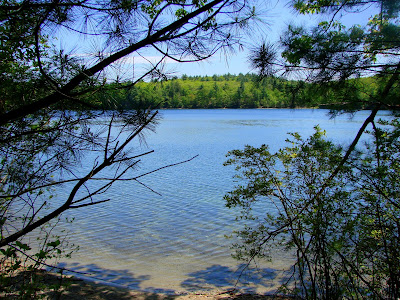 Thoreau's daily view those two years surely lends itself to a love of the natural world and spiritual growth. And that is the gem buried within the hot air and tedious detail of his book. "We must learn to reawaken and keep awake, and not by mechanical aids, but by an infinite expectation of the dawn, which does not forsake us in our soundest sleep." Well, amen.
Posted by Secret Agent Woman at 12:31 PM