Another brief vacation in retrospect. 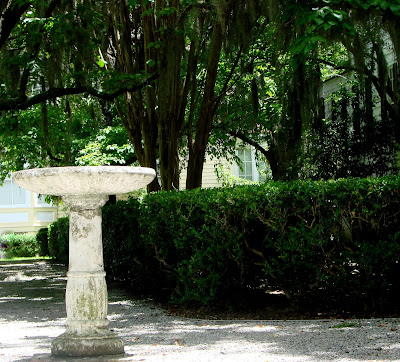 It has been raining almost incessantly in my state and I wanted to escape it. But with daily storms forecasted along the coast, I feared a washout for my trip. And indeed, when I set out a little after 5 am on Friday, it was raining hard. It continued to rain the entire six hours or so of my drive. As if by magic, however, when I arrived in Beaufort, South Carolina, the skies cleared. 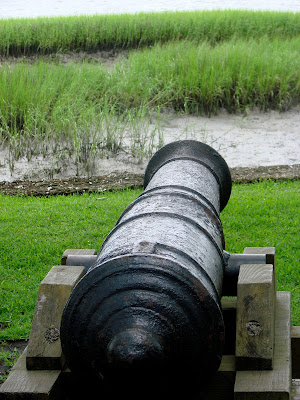 I had a few hours to kill before I could check in, so I decided to spend the afternoon wandering around the town. Cannons. There are always cannons. These were in a little Riverfront park I found. 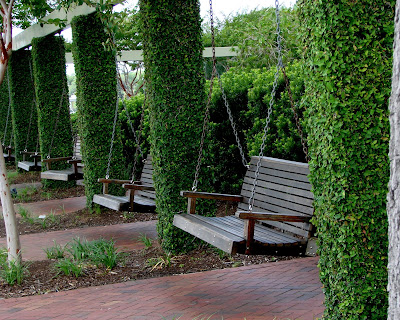 I sat for a bit in one of their wooden swings, watching the sailboats in the harbor. It was sunny and pleasant, with a nice breeze blowing. 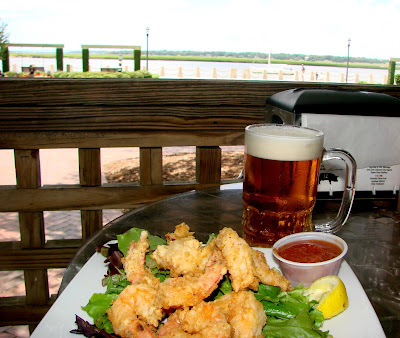 After checking several menus, I picked a restaurant advertising local shrimp and microbrews on draft. I had to wait about ten minutes for a table out on their deck, but I was pretty pleased with my seat by the railing. Shrimp, field greens, and a cold IPA, and I was a happy woman. 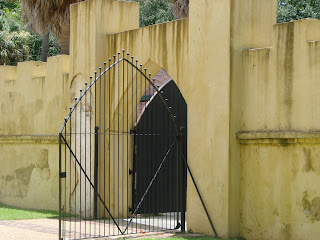 I still had time, so I wandered the streets.  It's actually remarkable how much my shopping-ban has altered visiting new cities. Since I don't plan to buy anything, I don't go into the shops. I look instead at the plants and architecture of a city. 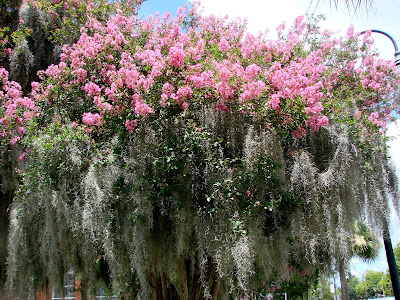 The crape myrtle looks different with their draping of Spanish moss.  I've always been told that the epiphyte is rife with chiggers, but I just read that it is rarely a problem with Spanish moss in trees. Still, I keep my distance. If you've ever known the maddening itch of chiggers burrowing into your flesh  you would, too. 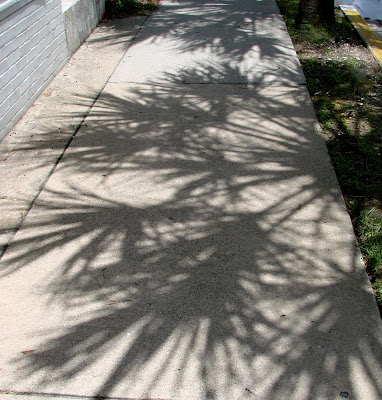 I like the tropical feel of the palms trees all along the Southeast Atlantic coast. You can practically hear the ocean in the rustle of their branches. 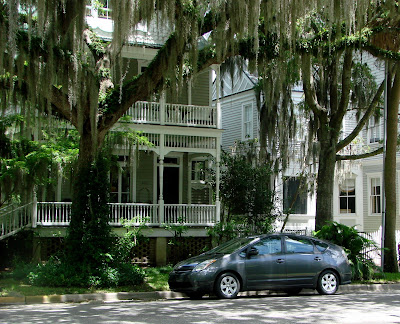 But the afternoon was edging along and I still had an island to get to. I found my parked car, and headed on over.
Posted by Secret Agent Woman at 7:22 PM