The weather gods were on my side. 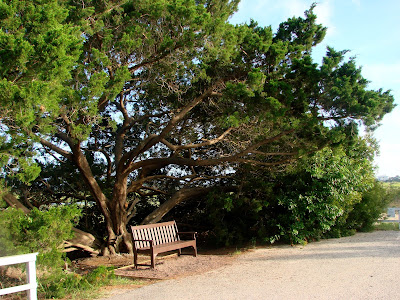 I'm told it rained at home the whole time I was gone. But on the island, it was gorgeous every day. Sunny, breezy and warm without being too hot. Even in the middle of the day, I could comfortably walk around. 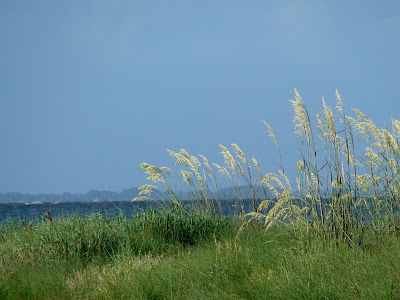 I like that point where you can just spot the ocean beyond the sea oats. 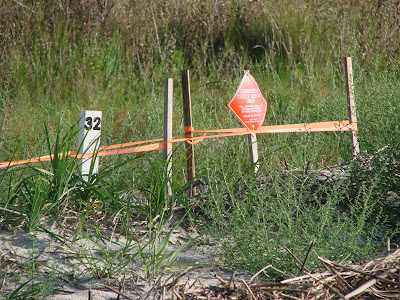 At the edge of the dune, protective markers have been placed around sea turtle nests, to keep people from disturbing the eggs. 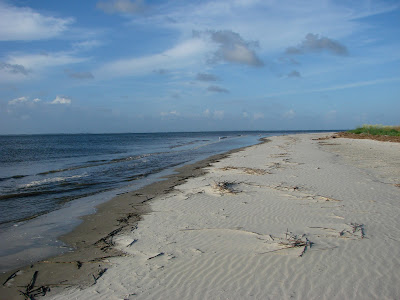 There were many times when the empty beach seemed to stretch out endlessly. 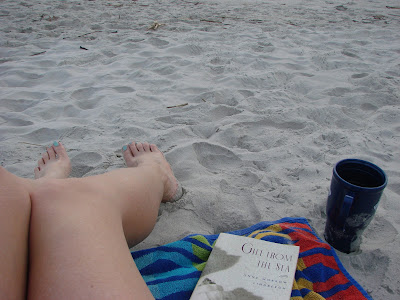 In the mornings I took my coffee and a book and would listen to the waves and read until I inevitably slipped into a coma. The beach always has that effect on me. Once I was startled awake by the only unleashed dog I saw on that island, a silky border collie. I sat up and she leaned into me and pressed her face against mine. The young guy walking her apologized and said, "She saw a friend and just had to say hello." It was impossibly sweet and made me wish I had a dog there with me. 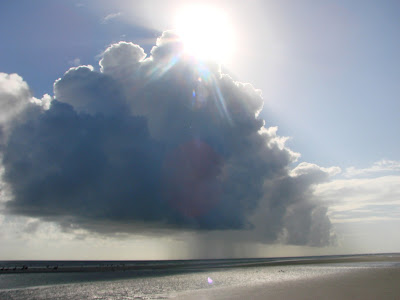 Occasionally a rainshower would spring up out over the ocean, beautiful from a distance and never making it to shore. 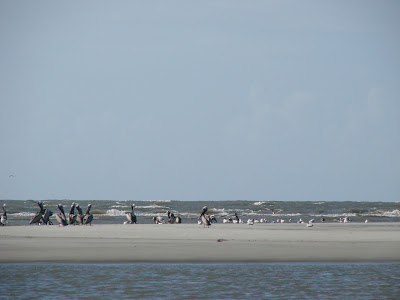 I walked for miles and miles along the water. Past the sandbars where the shorebirds congregated, 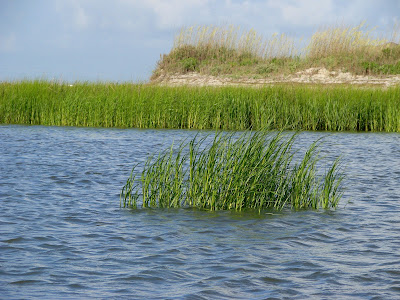 past the marshy areas near the bird nesting grounds, 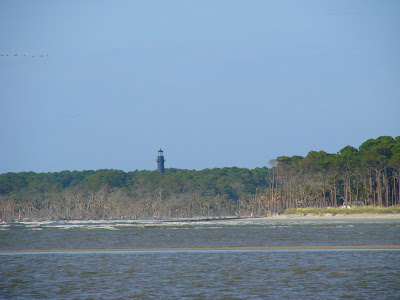 and to the very end of the island where you could see Hunting Island, a state park I used to camp on with my family when I was a kid. That lighthouse in the distance was rebuilt in 1875 after the original was destroyed during the Civil War.
Sometimes as I walked, I was completely alone. For as far as I could see in either direction, only me. Hundreds of birds and crabs, but no other human. It felt a little like being dropped on a deserted island. 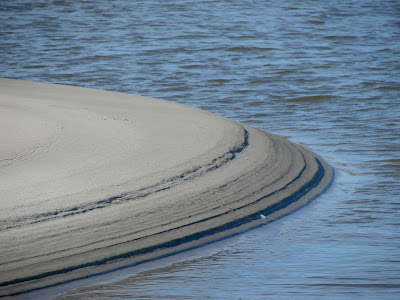 I would walk until my legs ached and then return to sit in the sand some more. 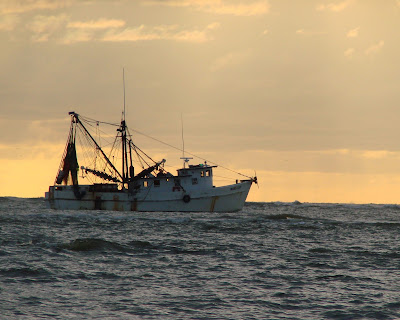 The shrimp boats came out early, too, and would pass as I watched the sunrise. 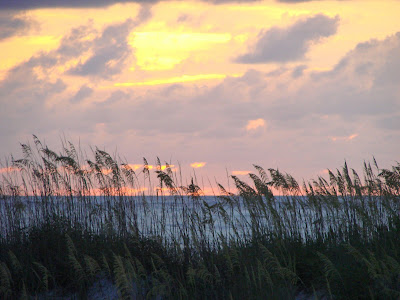 Sunrise and sunset are the best times on a beach. I was only there Friday through Monday, but I loved every minute of it.
Posted by Secret Agent Woman at 7:12 PM