Feeling pretty good about 2015 so far. The holidays were a bit of a whirlwind. Christmas day itself was wonderful. I love my older son's girlfriend and it was a pleasure to have her here. I treated her like one of mine, so she had gifts and a stocking like the boys did. The same thing happened at their Dad's, apparently. As she was opening a present she said to me, "I feel so spoiled. This is the best Christmas I've had in years." Her parents live in Alaska, so she was happy to have family to be with. I made a big Christmas dinner with the first turkey I've ever cooked. I did a dry rub with herbs and coarse salt, both on and under the skin, with herbed butter also under the skin. In the cavity of the bird I put half an orange, a bundle of chives, some garlic cloves and bay leaves. It was delicious. I also made puff pastry spirals with Parmesan, spinach, lox and capers, roasted pesto potatoes, green beans almandine and cranberry apple sauce.

As life often goes, there was sad mixed in with the good. My mother-in-law passed away a couple of days after Christmas. Even though she was technically my "former" mother-in-law, it never felt that way. I still visited her when she was in town, and the last time I saw her, she hugged me and said, "I want you to know I'll always love you." She was never anything but kind to me, and I'm glad I knew her. 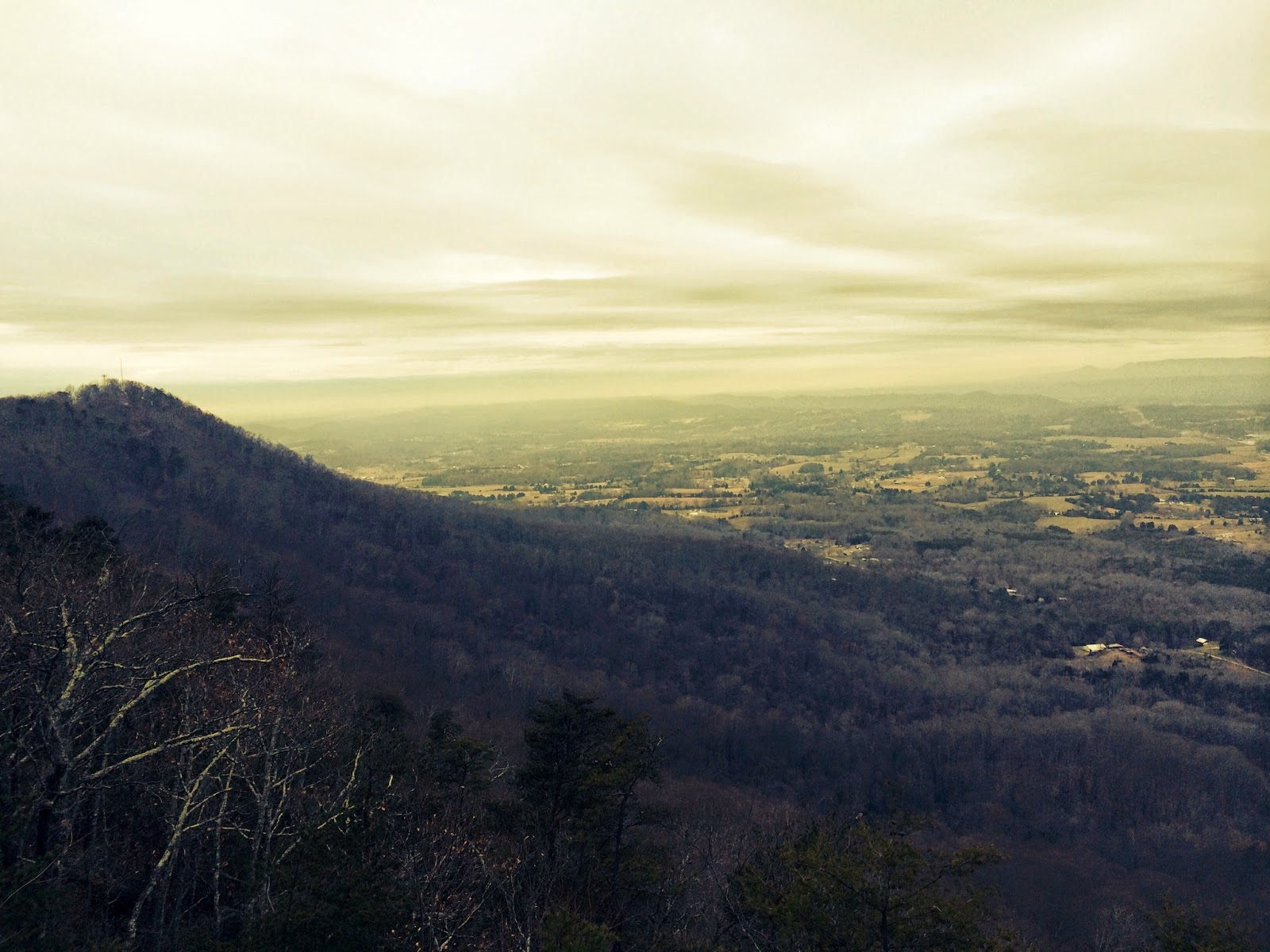 New Year's Day I asked my neighbor friend if she wanted to go hiking. It was overcast but not too cold and it felt great to be out in the mountains. When we got back, I'd made the Southern New Year's standby, Hoppin John. Basically rice and black-eyed peas, with greens (spinach, because I HATE turnip greens). The tradition is that if you eat this poor person's dinner on New Year's Day, you'll eat well the rest of the year. The black eyed peas and greens are also meant to bring luck.

There's more going on, but I'll get to that later. For now, wishing you all a wonderful New Year.
Posted by Secret Agent Woman at 4:58 PM