Some days I'm glad to just be inside. 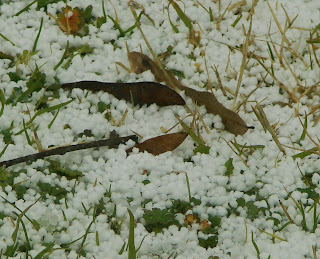 We got the weirdest snow yesterday. Small styrofoam-like pellets that were blowing in nearly sideways. And it was cold. I wanted spring, not this. Now I'm huddled in waiting for the promised warm-up next weekend. 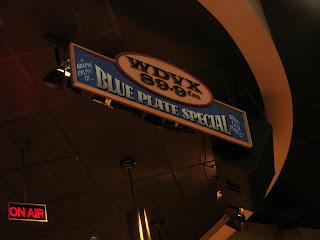 But a friend had told me his band was playing the noon show on Saturday, so I gritted my teeth against the snow and went downtown. This show is free to the public, every noon except Sundays. Mostly folk, Americana, bluegrass. Sometimes local bands, sometimes people who are touring. Usually two acts, half an hour each. It's such a small venue that it has the feel almost of a house party.
Posted by Secret Agent Woman at 7:19 PM