There was a waning gibbous moon tonight, so you can't even blame it on a full moon. I don't know what to blame it on, actually. But something aligned in the cosmos today to bring out the crazy in my family. In waves. 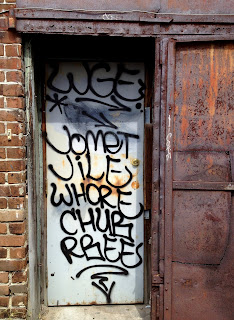 First, it was an email from my father's evil wife. And let me say that I am not opposed in principle to my father's wives. There's my mother, of course, and then my stepmother who I'm still connected to. But this third one I do not like. She's done everything within her power to cause division between my father and his children, a task that has become increasingly easy for her as his Alzheimer's has progressed. He's always been politically conservative, but that is something that has never particularly concerned me. Even when he made the shift into Fox "News" far right lunacy, I overlooked it. But the email was a forwarded poem (and I use that term loosely) about Obama and "his boys" taking money from the writer to give to people who hadn't worked a day in their lives while the writer "gagged from the stink." It was ugly, sophomoric stuff ending with telling us we had to vote if we didn't want to be socialists. The evil one claimed that my father wanted her to send it to all of us, and btw thanks for the birthday cards we sent. Well. I hit "reply all" and thanked her for sending it and reminding me how vital it was that I get out and vote for Obama. I was going to leave it at that. But in the meantime, I was hearing from my other appalled sibs , and then the one conservative in the bunch who said she loved that they'd send that to all us liberals. I felt a throbbing pain behind my eyeball and a queasiness in my stomach and I thought, "Oh hell no." This woman had just spewed her last bit of poison on me. So I hit "reply all" once more and sent this:

I'm not sure if this really came from Dad, but it doesn't matter. On reflection, I've decided this was meant to be hateful because you know full well that all but one of us are Democrats. I would never in a million years consider sending such a venomous anti-Republican message to you. Rather than allow you to continue to subject me to this sort of nastiness, I am now blocking your email address. But I hope you will ponder the hypocrisy of calling yourself a Christian while denouncing the "socialist" values espoused by Jesus.

I set my email filter to send anything further from her directly to the trash file, shook the dust off my sandals and walked away. The man I knew was already disappearing when I saw him more than a year ago and his wife was openly vicious to me after I'd driven the 7 hour round trip to take him out to lunch on Father's Day. He and I made our peace years ago, and I sincerely doubt he has the wherewithal or the animosity to direct her to send that email. 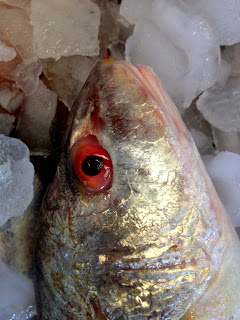 So that ought to be enough for one day, right? Wrong. There was a message on my work machine from my former stepfather saying he was now coaching a college track team and would be in a nearby town Saturday morning and would love to see me. I have deliberately had no contact with him since my brother's funeral in 2001. I hope to never have occasion to see him again. I won't go into it, but let's just say I have ample reason to wish this man dead. And not necessarily a quick, painless death. So why in the world would he think I'd drive to a town 50 miles away to see him? I wouldn't speak to him if he were staying next door! And not just because he's too dumb to leave a phone number in the message. I told my friend about this and he asked if I wanted to borrow a gun. I suggested he protect me instead and he texted back, "A phone call away!" Which was comforting, but I'm not really worried. Just creeped out that he'd tried to contact me. Thankfully, my mother has deflected all his attempts to get my email address or cell phone number from her. 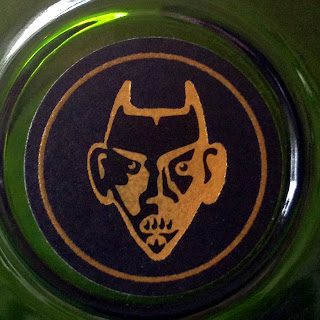 So, Universe, I have a request: I didn't pick the people my parents chose to inflict on me. How about you send them crawling on back to the depths from which they emerged?
Posted by Secret Agent Woman at 9:25 PM