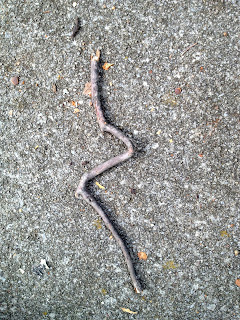 A little background and disclaimer: When I was a young kid, my family belonged to a historic Unitarian-Universalist church in Lexington, MA, where Ralph Waldo Emerson once preached. Later, I was baptized and confirmed in the Episcopal church, continued my role as an acolyte in college and also became a lay reader and (as an adult) a lay Eucharistic minister. In the midst of all that, I returned to the UU church for a few years. I loved the ritual and pageantry of the Episcopal church and the intellectualism and free-thinking nature of the UU church. Neither were a perfect fit, and I reached a point where I only believed on a metaphorical level. Then I began reading about Buddhism, took up meditation and attended silent retreats with monks of various Buddhist disciplines. After a week-long retreat lead by Thich Nhat Hahn, I took the five precepts, which are mindfulness vows. He stressed that he taught a practice rather than a religion, and that it could easily be incorporated into any religious tradition. Indeed, there was an Episcopal priest in my discussion group, and I saw a Catholic nun attending in her habit. Although I don't meditate regularly any longer, I still find value and peace in attempting to live mindfully. Finally, I found a liberal Quaker Meeting, a tradition that had interested me for years. My family and I attended and eventually I met with a Clearness Committee and became a member. I like the lack of hierarchy, the absence of a minister, the silence, and the focus on a set of shared values of simplicity, pacifism, social justice and equality. There are a substantial number of nontheists like myself within the Meeting, as well as a number of people who practice mindfulness.

In spite of what people often think of me, then, I am not anti-religion. I am only opposed to people attempting to impose their religious beliefs on me, or to force them into policy-making. I expect to be left alone to search my own conscience about matters such as the governing of my own body, which adult I choose to share a bed with, and so on.   do not want to be asked to pray as part of a school or governmental function. I cried during the last inaugural speech when Obama specifically included nontheists when he said, "We are a nation of Christians and Muslims, Jews and Hindus and non-believers." It makes me a little crazy when people suggest that the lack of a belief in a supernatural being implies a lack of values. In fact, the last time I was at a family gathering, my mother said of her priest's boyfriend, "He's an atheist, but a good guy." As if that was a surprise. I could not let that go unchallenged. In fact, the man I've spent the last year or so with attends church regularly, and he has said several times that he thinks I'm a better Christian than he is, in spite of the fact that I don't consider myself a Christian at all. But I do think the very Zen-like teachings of Jesus are valuable and I do believe in Love. 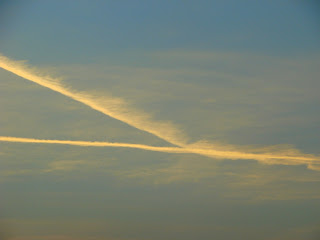 That said, I also have a darkly twisted sense of humor. And one source of amusement for me is imagining making a documentary where I travel around with a film crew to various tent revivals and churches and get saved at each one. None of the religious traditions I've been involved with include this concept, but I am endlessly fascinated by it. From the pressured pre-teens in the movie "Jesus Camp" to the snake handlers here in Appalachia, it's a phenomenon loaded with emotion. And if I ever do make that film, these three Georgia churches are at the top of my list. Especially the last one. 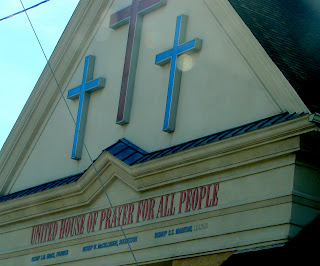 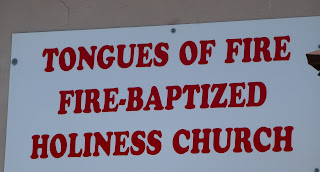 Posted by Secret Agent Woman at 10:36 AM