Walking with my younger son. 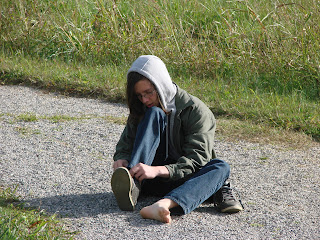 This is my younger son, who often walks with me barefooted because he thinks it's important to toughen the soles of your feet. He is a boy of interesting contrasts, both tough guy and sensitive soul. He came to me earlier this week and said his physics class was going on an engineering field trip and that a friend of his in the class could not afford to go and he wanted to pay his fee ($2) and lunch at Mellow Mushroom. I told him I'd pay for that and he said he wanted to do part of it with money he'd saved so suggested that if I covered lunch, he'd pay the friend's fee and the tip.  He asked me also about how much to tip and I told him to leave 20%, and commented that the wait staff work hard for that money. He told me the next day that he left a 50% tip because "we were a bunch of loud, obnoxious teenagers and she had to deal with us." I just loved that he took into account the difficulty of waiting on kids and tipped accordingly. His only disappointment was that other kids under-tipped. I could not have been more proud of him. 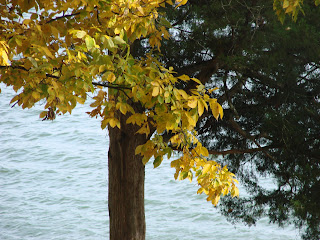 He often goes on walks with me, now that his brother is away, and talks about things going on in his life. Mostly, we walk by the lake. 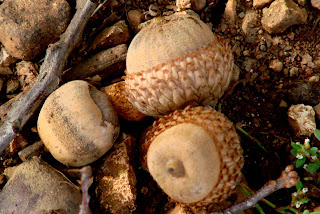 The ground is littered with acorns right now, and the squirrels are busy collecting and burying them. 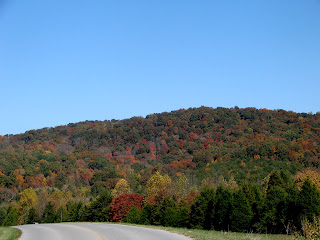 We also went out to a near-by state park Sunday to hike. 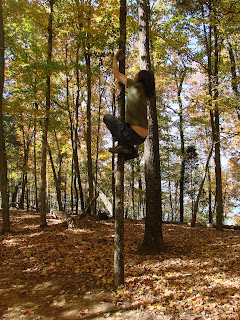 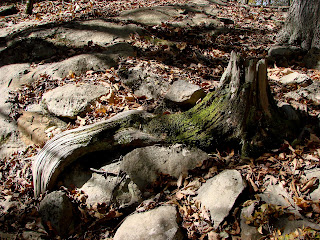 It was a warm sunny day, but in the woods the light is filtered and it was pleasant. 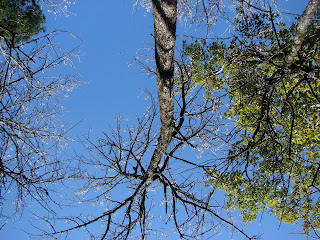 We stopped to rest after a while, looking up at the sky. It was just one of those days where I was feeling thankful that my son wanted to spend time with me. I know that 15 is an age where your parents embarrass you just by being there. 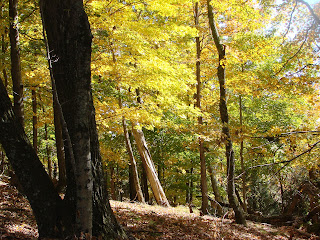 I read in the NYT Well Blog that a study of people 70 and up showed that those "who engaged in the most physical exercise, including walking several times a week, had less shrinkage and damage in the brain’s white matter, which is considered the 'wiring' of the brain’s communication system. The relationship remained even after the researchers controlled for things like age, health status, social class and I.Q." 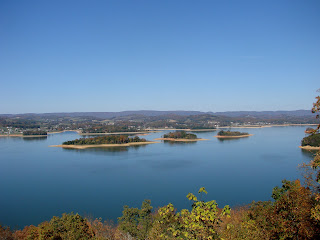 Correlation or causation, makes no difference to me - I plan to keep walking.
Posted by Secret Agent Woman at 9:48 AM