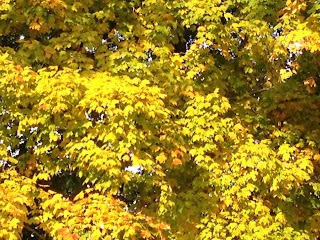 No denying it, it's autumn. 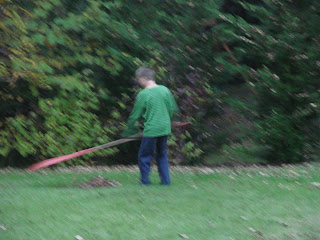 I looked out the window yesterday and was surprised to see a random kid raking my backyard. Later he introduced himself to me and said he and my next-door neighbors had been gathering leaves for a big leaf pile. I told him they were welcome to take all the leaves they wanted! 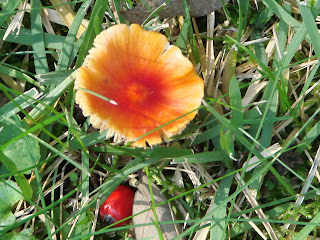 Fall colors are starting to appear, but it is still very damp. Mushroom colonies have been sprouting up in my yard alongside fallen dogwood berries. 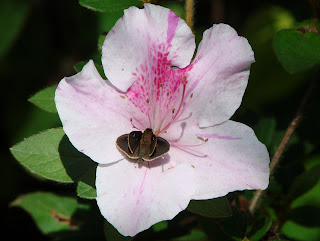 But there are still spring-like touches. A blooming azalea and my impatiens and begonias are hanging on, their pinks incongruous in the slightly chillier air. 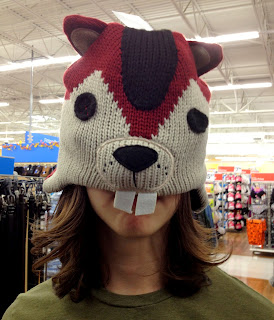 My older son came home for the weekend and he and his brother spent some time trying on winter hats. This one on my younger son was my favorite. 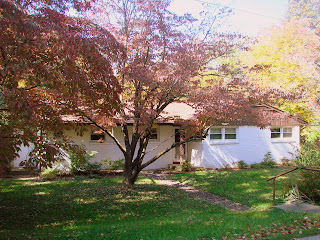 While I was working in the front yard, my new across-the-street neighbor came over to introduce himself.  He said he and his wife and their 3 month old baby had just moved here from Utah. I told him my sons were older, but that the neighbor was full of young kids and very safe. He asked if I had a daughter and said he'd seen a girl earlier driving in after running, he thought. I'd gone running that morning, so he'd seen me in running clothes. Later, when I was telling my kids, my younger son missed part of the story and asked what had happened. My older son said, "The new neighbor thought Mom was her daughter." I'm my own daughter - now that's Appalachian!
Posted by Secret Agent Woman at 7:58 PM