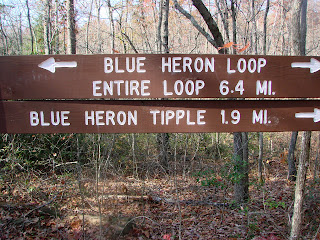 Yesterday my younger son and I headed up into Kentucky to the Big South Fork area of the Cumberland Mountains. 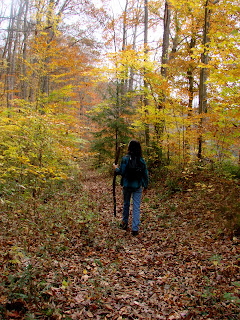 We had perfect hiking weather - mid-60's and a very light bit of cloud cover for part of the hike. 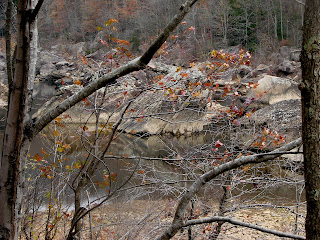 The Blue Heron loop took us first beside the Cumberland River, 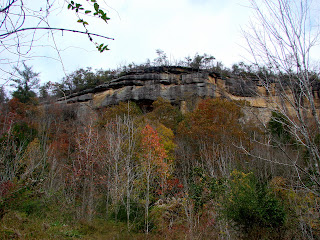 then upwards along the sandstone cliffs. 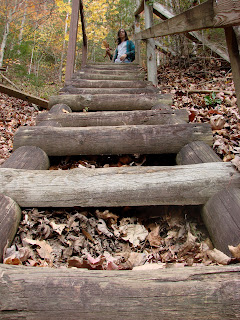 In some parts of the trail it was steep enough that the park had put in staircases.  When my son got to the top before me, he turned and put his hands on his knees, dropped his voice an octave and shouted at me like a drill instructor, "You gotta waaaant iiiiit!" 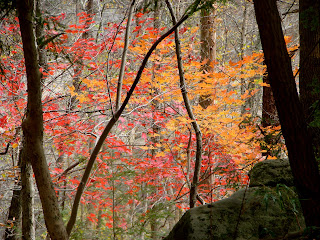 With color like this, though, I did not mind the climbs. 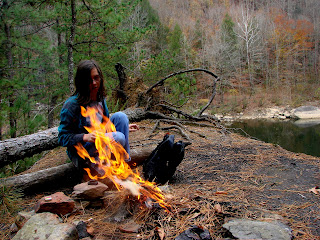 We stopped on a rock overlooking the river for the lunch I'd packed into our backpacks. Someone had left a firepit, so my son built a small fire. 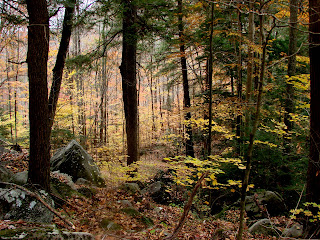 After dousing the fire with water before we left, making sure there was not a single ember remaining, we headed back into the forest. 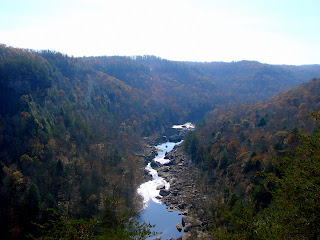 The trail has a small detour to an overlook above the gorge. Devils Jump, named because the men who used to guide the logs were called raft devils, and they'd often jump off at the rapids. 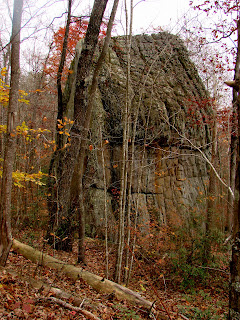 This rock looked remarkably like a cottage to me. 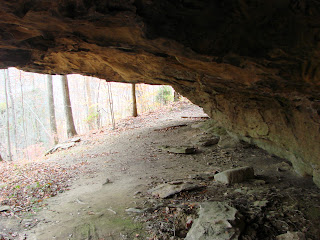 Parts of the trail took us under stone overhangs 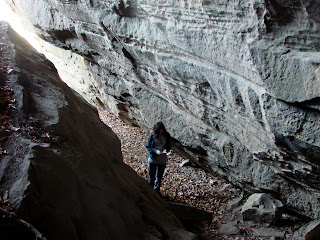 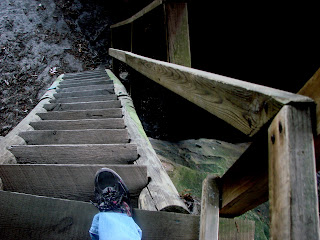 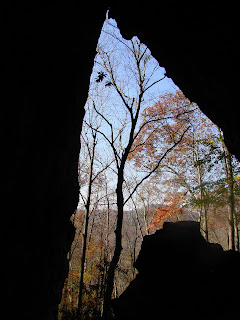 Eventually we left the caves behind and headed back down the mountain. 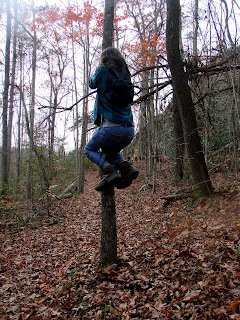 The trees again proved irresistible to my climbing son. 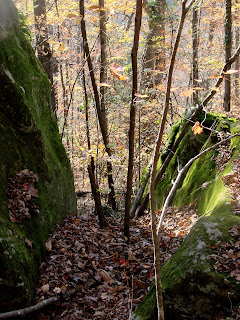 All told, with a detour and a short hike to the trailhead, we walked about seven miles, much of it up along switchback trails and half a dozen sets of stairs. We were hungry by the end but we were close to home before we found a place to stop. For literally two hours, my son sang an ad lib song about whether he might die of hunger before we got food. At the end of the song we were both laughing and he said, "All new and original lyrics!" Possibly the best part was my son spontaneously turning to me as we walked and saying, "Thanks for taking me hiking, Mama!"
Posted by Secret Agent Woman at 10:05 AM