The brief life of a pumpkin. 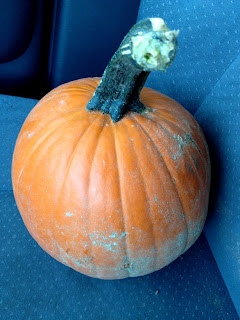 As I was leaving the dam after a walk, I saw this little pumpkin lying abandoned in the grass. I pulled over, put it on the passenger seat and brought it home to live on my dining room table. But eventually, in the way of all gourds, it began to decompose. My younger son asked if he could use it for target practice and suggested I try it as well. 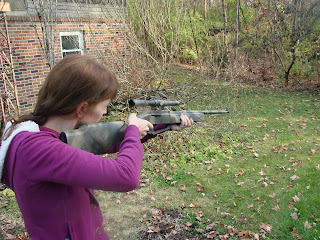 After briefing me on safety, my son demonstrated and then handed me the gun. (This is not the Airsoft AK-47, but a BB rifle he'd purchased earlier). To my surprise, I hit the pumpkin on my first shot. 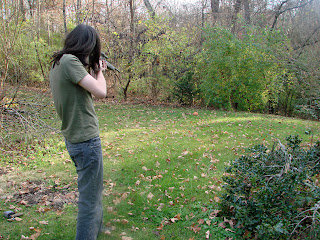 My son explained how the gun worked, showed me the CO2 canisters and let me try with both round BBs and lead pellets. He cautioned me not to touch my mouth if I did come in contact with the lead and told me to engage the safety before I walked over to the pumpkin. As much as anything, I was pleased to see how very careful he is. 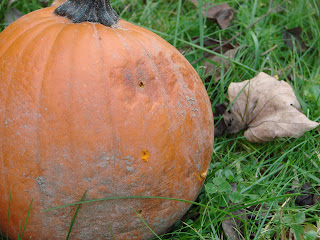 My shots! We'd turn the pumpkin a little each time and check between each round. I was, I will admit, absurdly proud of myself for hitting it. 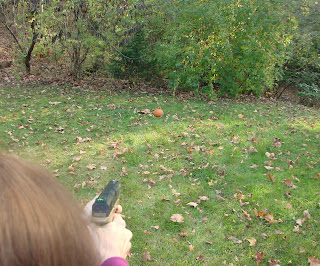 We moved in a little closer to try the BB pistol (a replica of a Smith and Wesson, he told me). I was able to hit the pumpkin with that gun, too. After checking my shots and celebrating my victory, my son said, "No dancing with the gun, Mom." Like that's going to stop me. 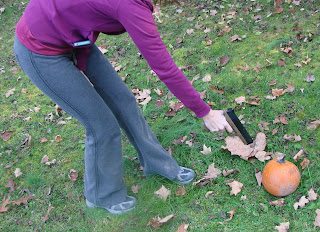 Finally, it was time to put the pumpkin out of its misery and toss it to the woods to provide some food for the animals there. Another one bites the dust.
Posted by Secret Agent Woman at 10:56 AM