I was glad when the weekend arrived, even though I had no real plans. For one thing, I'd had my fill of people moaning to me in session about how the country is now going to hell, and only true Christians were going to be okay in the end. Have I mentioned how right wing this area is? Even the local county paper made no pretense at being unbiased - they couldn't even bring themselves to mention the President's win before Romney. I was struck by the wording of it "Romney wins" and then "Obama takes" - as if he stole it. I sat quietly and listened, and then gladly shut the office door behind me on Friday. 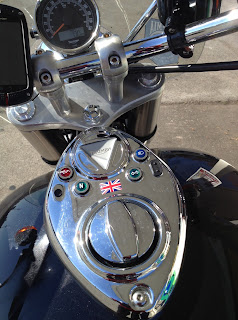 On Saturday, in spite of a family situation he had to attend to, my friend suggested getting lunch and going for a short ride in the mountains. While we were getting ready to leave, there was a thump that sounded like someone in the house. We found out later that a light (4.3) earthquake in a neighboring state had been felt in our area at that time. It was a gorgeous day to be out on the road - high of 70, sunny and clear. Once again, I swallowed my fear and focused on the beauty around me. 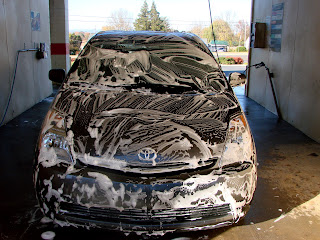 After he dropped me at home, I decided it would be a good day to wash my car. I enjoyed scrubbing the car down and 8 quarters later, my car was clean and shiny. 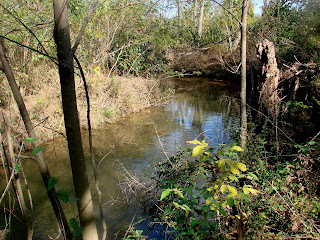 Today, I went into town for a walk along the greenway and then to run errands. I had to check out the new Trader Joe's. It's a manageable size and has reasonable prices. I found my younger son's favorite Reed's ginger beer for a lot less than anywhere else I've seen and got their chocolate Advent calendars for only 99 cents each. And the folks there are remarkably friendly. If they don't enjoy their work, they are doing a good job of faking it. So nothing spectacular, but still a lovely fall weekend.
Posted by Secret Agent Woman at 8:38 PM