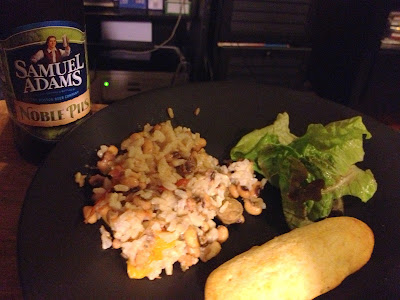 I am not a superstitious person. However, I love traditions and adopt them at will when they suit me. That's why, year after year, we all get a new pair of pajamas Christmas Eve and read the childhood Christmas books. And on Christmas morning, make orange-glazed rolls and play the same Kingston Trio album as we open gifts. I've had to alter the schedule some, since my time with the kids shifts each year, but we celebrate, whether it's exactly on the day or not.

This New Year's the boys were with me and we stayed up together. They asked that I play Scrabble with them, and to my protest that I don't like board games said, "At least it's not Monopoly." This time, they got tired of the game before I did.  Perhaps because I was winning handily. My older son, feeling nostalgic, had us watch "The Secret of NIMH."  (Trivia: I read "Mrs. Frisby and the Rats of NIMH" in 4th grade. When it was made into an animated movie, the fine folks at Wham-O refused to let them use the name Frisby because it sounded too close to their own Frisbee.  Because who wouldn't mistake a cartoon field mouse for a plastic flying disk? They re-recorded and overdubbed to change the main character's name to Brisby.) At midnight, we toasted with champagne and went on to bed.  Where I stayed up way too late getting a start on my 2013 reading challenge.

And I tried to make a traditional Southern lucky New Year's Day meal - Hoppin' John (with brown rice and fresh black-eyed peas), cornbread, and greens. Each item represents wealth, but the greens smelled so awful cooking that I threw them into the trash outside and subbed in lettuce.  I should have known - when my mother used to cook collards or turnip greens I had to leave the house.  The genetic quirk that gave me the supertaster problem is not about to allow me to choke down bitter greens of any sort. My older son has it, too, and once told me, "Mom, they invented lettuce so people wouldn't have to eat cabbage."  I think he may be on to something. When a tradition isn't right for you, the only sane thing to do is let it go or to change it so that it fits.  And yes, that's also a metaphor.
Posted by Secret Agent Woman at 7:25 AM